How to manage anxiety and depression in 10 easy* steps

I don’t have an actual security blanket, but I have had Tigger since my 1st birthday. He turns 44 in a few weeks, that’s why his fur is a little ragged. 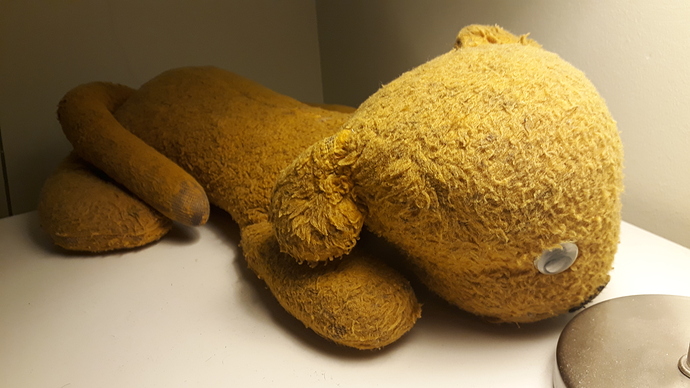 If these all sound easy to you — congratulations! You don’t have anxiety and or depression.

Sorry, but this is a statement so full of wrong it isn’t even funny. Worse, it does damage to those people who do have anxiety and depression, but not in quite the same way you do. 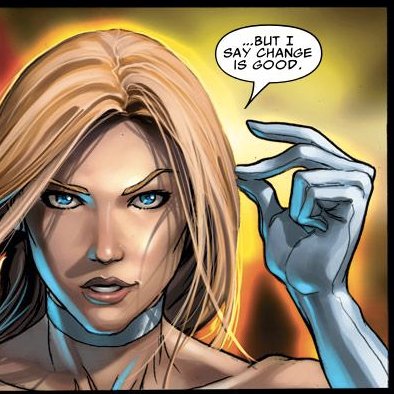 So: At my most recent con, I was on a panel about Imposter Syndrome. Most of us know what that is, even if we don't necessarily know the name. It's the feeling that you're faking it, that you don't deserve what you have, that all praise is false praise.

Saying things like the above, means people who might get help don’t seek it, because “that’s not my problem” or “I’d be wasting people’s time.”

I can run through that entire list and still debate the pros and cons of remaining alive, while simultaneously worrying that any moment now I could be revealed as not being near as capable as people think I am at work, and that just one more thing going wrong financially is going to destroy me. Oh, and am I sure I remembered to unplug the hair straightener and lock the door?

Mental illness is a tricky, brutal thing. It’s not like a broken arm or cancer where someone can point to a scan and make a diagnosis. Just because my symptoms are not the same as yours doesn’t mean that we both aren’t suffering. I am not saying that those things can’t be hard, or aren’t hard for a lot of people. And yes, those are legitimate signs. But statements like

If these all sound easy to you — congratulations! You don’t have anxiety and or depression.

hurt people in other ways, too, especially people good at putting on a public face: it means people don’t believe it when someone says “I am suffering”. It means that they don’t recognize a problem, and instead say things like “I didn’t see that coming. He seemed like such a positive, energetic guy.”

TL;DR: Just because you or someone else doesn’t hit some random internet checklist, doesn’t mean you or they aren’t suffering. The brain is a hell of a lot more random and complicated than that.

first part is one of the best descriptions of this condition Ive read so far. last three years were pretty hard for me, but its getting better, although it will never really go away, you just have to deal with it, which leads me to

For me I feel like regarding depression and anxiety as the enemy is just never going to work.

Totally agree. I liked the article as a whole but that bit is bullshit. It didn’t invalidate the rest for me, but it did stick out as a big “Nope!”

I felt shit the other day. Someone said, “Oh, but I thought you were over all that, now.”
Yeah. That’s not how it works, is it?

There is no simple checklist, but on the positive side here we all are discussing it like compassionate grown-ups.

What I would say to anyone is "if you think you have anxiety and/or depression, or any other mental illness, seek help, unless doing so will do you greater harm."¹

People who don’t have a problem rately find themselves thinking that they do. It is literally not top of mind. So if it bugs you enough to be concerned, seeing a professional (ideally a psychologist or psychiatrist, but a doctor or counselor can do in a pinch, and possibly put you in touch with someone who can give you a proper diagnosis) and finding out is better than deciding from someone else’s personal story that “I guess it’s not that bad and I need to stop being dramatic.” because your story is not the same.

¹ This is one of the reasons why getting rid of the stigma around and dispelling myths about Mental Illness is so important. Because for some people, in some situations, getting a dx could ruin them financially, socially, or worse. Getting fired or evicted or blacklisted can all happen in some places and some industries, meaning people are forced to suffer in silence. It could even get a person killed. Prejudice is real, and it is dangerous.

I do not care your gender, your age, or your oreintatation, I am sending you big wet sloppy kisses. You nailed it.

Yeah, that kinda describes it better than anything else I’ve read.

… seek help, unless doing so will do you greater harm.

that is a great addendum to “seek help”, and I will remember it. thank you!

I tried being nice to my panic instead of being angry at it.

My therapist had me do something similar for my abysmal self esteem. That voice that tells you how lazy, sloppy and selfish I am. She gave me a choice, disarm the voice or befriend it. I chose befriend. She told me that the voice is trying to protect me but goes a little too far. What I am to do is identify what the voice is trying to protect me from. The judgement of people who might see my messy house? Worry that I am modeling bad behavour for my daughter? That not doing something (like the mountain of dishes) is keeping from doing something that is a stress relief (like baking)? It has helped. So do the anti-depressants.

This topic is making me sad.

I think this is a good article, with the caveats and supplements from the posters above me.

One thing that’s sticking out however is the “all” in

If these all sound easy to you — congratulations!

I’m thinking “none” or “not many” makes more sense to me.
If you enjoy doing all but #2&4 (teeth & shower), smelling nice may just not be that important to you or your culture.
If you can handle everything but #8&9 (seek out & engage w/ppl) you may just be autistic. I’m not sure if there are medications for autism, but the whole thing should probably be treated differently from anxiety/depression, no?
etc.

Fortunately it seems the list is self-supporting. Doing a productive thing can distract from drinking. Brushing your teeth can give the confidence needed to talk to people in real life.

I do like the “if this sounds easy, you probably don’t have depression” idea, but as a counterpart to the scads of articles/ advice about “just drink more water”, “just exercise more”, “just go outside”-- without ever once acknowledging that while being helpful, these things are particularly difficult with depression. A big shout out to the memes that show pictures of medication and contrast them with a picture of the outdoors, or running shoes-- because of course smart people don’t need anti-depressants.

I hope I didn’t come across as strident; the prevailing view seems to be you can “fix” depression, with pharmaceuticals in particular. Having been down that route I am extremely wary of it. I have found regular exercise and creative outlets the most helpful. All the best to you and your daughter.

Having spent an entire lifetime affected by depression, I was not prepared to experience an entirely different form of the disorder, when drugs I was prescribed caused a chemical imbalance in my brain that made my oncologist put me on anti-depressants IMMEDIATELY. It really showed first-hand how there are different types of depression. Kind of like how there are different types of cancer, so you don’t treat them all the same way.

This whole thread makes me think of Seamus & remember some of his excellent & moving posts about mental health (& lack thereof). Seamus, if you are reading this, wherever you are, I wish you the best!

I agree absolutely. But I would add that while anti-depressants can at times treat or manage the symptoms of depression, they can’t “fix” it.

it’s the condescending smugness that’s the worst. doesn’t work for you? you must be a bad person, unlike me. puff puff.