How well did the Scott Pilgrim film and game interpret the source material?

Originally published at: How well did the Scott Pilgrim film and game interpret the source material? | Boing Boing

I never read the comics and enjoyed the movie a lot more than this reviewer. Spouse & I were actually quoting this line yesterday:

Bryan Lee O’Malley seemed to like the movie and the game, so I would say they were pretty good at adapting his vision. End of story.

Well, not really the end, because I do want to quote Douglas Adams, who unabashedly changed the story of Hitchhikers Guide to the Galaxy with each media iteration. He was adamant that what started out as a radio play would not work as a television series, and that the novel version was free to go in ways the previous versions didn’t. Same for the Infocom game.

So there you go.

I enjoyed it in all of it’s incarnations. looking back…

The BBC Hitchhiker’s did use a lot of the radio script and some of the same actors, so it was pretty close, even if low budget. Whereas the big-budget film had a terrible script.

Has there been a PKD adaptation, aside from A Scanner Darkly, that got the point?

Yeah I guess he’s right. I still like the movie though.

Every inch of Scott Pilgrim served as a nexus point of Millenial interest.

That’s quite the hyperbole, there.

I enjoyed the film, (though both the main characters are self centered assholes) the comics underwhelmed me, and I never played the video game.

I recall seeing a photo of PKD visiting one of the sets, and the accompanying text said he was blown away. Unfortunately he died before the film was finished, and I do feel the later cuts do get to the heart of the matter, which is how do you define a human?

It was really fucking annoyingly clever and everywhere for a while, including the BBS.
It’s a fun time capsule of a movie but yup, it sure is all about self-centred assholes.

Has there been a PKD adaptation, aside from A Scanner Darkly, that got the point?

Even though PKD didn’t exactly go in for big action scenes, I think Total Recall captured a lot of Dick’s style. (Never read the original story, so don’t know how closely it followed the plot. Probably not very much, considering the problems with expanding a short story to a feature film.)

I’d also recommend this French adaptation of Confessions of a Crap Artist, although as non science fiction, it’s not what most think of as Dickian: 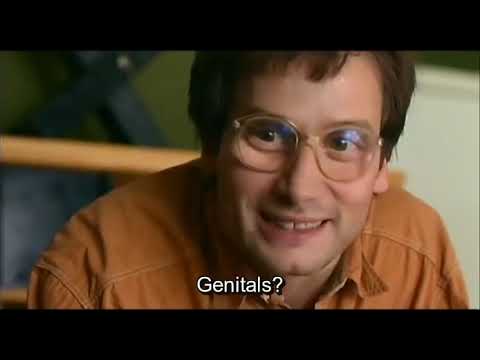 Hmmm… the screenshot may not be the best lure…

captured a lot of Dick

the screenshot may not be the best lure

Love the film, but it’s pretty much a companion piece to the comics due to the elements it has to cut. The problem with basing a movie on a comic with a tagline about “Seven evil exes” is that you have to put that many(ish) fight scenes in it, which hogs a finite screen time at the expense of character development. Yeah, Scott’s a selfish asshole, but the comics address what a dickishly unreliable narrator he is in a way that the movie doesn’t have time to.

I loved the video game aesthetic, which is mainly why I dug the film; but as far as likeable characters go, Scott and Ramona were both horrible romantic partners who did not deserve all the time and energy that other people put into them. That everyone else was pretty awful too is what made the narrative funny to me.

I watched it a month or so back and I did enjoy the style and energy but they’re all dicks; except for Knives, she’s cool. I guess maybe that’s the fun, there’s nobody to care about, it’s all just a dumb over-the-top fantasy.

that’s the fun, there’s nobody to care about, it’s all just a dumb over-the-top fantasy

The movie sure did make toxic relationships look fun. /s

It’s been forever since I saw either but I remember liking the comics better just because the comics had the time to breath life into the satire on some of the cultural elements and on the manic pixie dream girl tropes that it was turning on its head. This comic was coming out as Garden State was huge and this sort of thing was everywhere so the jokes really made it stand out when I was reading it at the time although I bet it feels much more dated now because of it.

I’ve felt like I should at least go watch the movie again though. This was my profile image for a long time. 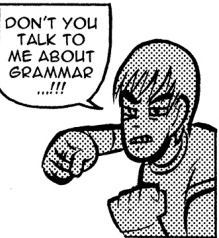