(and to the magnificent Chuck Tingle, too!).

He doesn’t need a rocketship to win. He won the day he did this:

True, but I’d have liked to have seen Zoe Quinn accepting the award.

congratulations to @NaomiKritzer for winning best short story she is a true buckaroo. sad but relieved i wont be revealing true identity
8 Likes
anon62122146 21 August 2016 03:32 #5

“The Fifth Season” is really good. I haven’t read any of the others, but I’m disappointed not to see "Space Raptor Butt Invasion on the list.

sad but relieved i wont be revealing true identity

My money’s either on Scalzi or GRR Martin.

My money’s either on Scalzi or GRR Martin.

You know, I think that George is so into writing avoidance that this is a distinct possibility.

Enjoy KC, try the barbecue. I like Arthur Bryants as far as the old school makers go, but their sauce is sweeter than some people like.

So I see the puppies still managed to leave their shit everywhere, albeit mostly in dribbles this time, but also all over the “Best Related Work” category where, as a result, the “winner” was “No Award.” But “Best Fancast” got “No Award” as well - and doesn’t seem to have any obvious puppy paw prints on it. Anyone know why? Am I just missing the puppy connection? (Did they get in a bunch of sub-par fancasts to fuck with things? Or get enough votes themselves to “No Award” it?) Is there some new voting mechanism that means if there’s not enough votes for any one thing, it goes to “No Award”?

For Best Fancast, 1048 votes for no award, 166 for the first entry. And they were all Rabid Puppy picks. 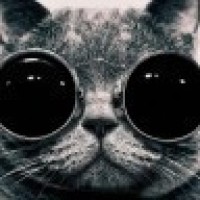 Huh, so the puppies got their paws all over everything, they just ended up nominating some things that would have been picked anyways (just so they could claim victory when some won?). I can see why “(Un)Related Works” got “No Award,” because it was a bunch of reactionary, unrelated bullshit nominated to troll the Hugo voters, but I’m still unclear why “Fancast” got the same treatment because they don’t seem to be the same kind of puppy shit. Yet “No Award” was the clear favorite in a way that wasn’t true for other puppy picks. Were they just tainted by the puppy seal of approval and voters couldn’t muster any enthusiasm for any of them to counteract that, or would listening to them reveal some deep unpleasantries that aren’t superficially obvious?

Haven’t read Fifth Season yet, it’s on my list. Personally voted for Seveneves: A Novel & Ancillary Mercy in that order, Seveneves just pipping it because it’s a standalone work.

Nice to see No Award beating Vox Day in the longform editor category purely on the basis of SJWs Always Lie: Taking Down the Thought Police having 2 chapter 5s on original release, odious political opinions aside…

You can never have enough chapter 5s…

He’s been taking it pretty hard on Facebook - he drank, like, eight glasses of chocolate milk, and kept calling himself a “loserman.” He still graciously congratulated the winners, though.

The Law of Fives is never wrong.

Filipina not Philippino. It makes a difference!

He’s also putting “By Hugo Nominated Author Chuck Tingle” on all his books now. I think he won.