Stop trying to be a second rate Mythbusters.

It would be impossible to be more second rate than Mythbusters.

I just resort to memes 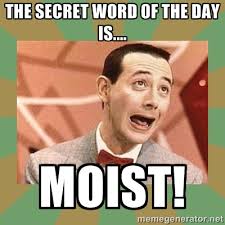 During one of Lenny Bruce’s performances in 1966, he said he was arrested for saying nine words, and says them in alphabetical order: ass, balls, cocksucker, cunt, fuck, motherfucker, piss, shit, tits.[3] The last seven words are the same as George Carlin’s.

the hunt goes on 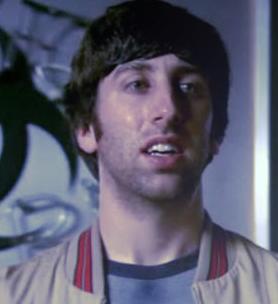 “Do you need anything dampened, or… made soggy?”

Print your sensitive files directly to a shredder!

I actually fucking hate that it censors moist. It’s not funny or clever.

Also censored are cuck, and the “N” word. I haven’t been able to find anything else that gets ■■■■’ed out.

What the heii is Heivetica?!

“Comic sans” should be blacked out too

Tried something similar with pasta and antipasti.
TL;DR: the calories do not cancel thenselves out.

They would if you made antipasti with antimatter

Terrific! My eyes got wider and wider till I saw the little April Fools label at the bottom.

I keep all my sensitive files in WOM (write only memory).

My sources tell me that an experiment of that sort was the real reason why the LHC at CERN was down the last time.

Thats… exactly what the test said.

You summarized their findings.

Are you allowed to tell us this stuff?

I feel like you’re the cool uncle that lets us drink Zimas.

What the heii is Heivetica?!

Heivetica IS a modem-yet-classic font that offers a. broad family with many weights lor maximum iloxiolity

Basically, the only reason MOlST was censored is because I wanted to test the feature with something that was obviously trivial. It was the only word censored for a long time, and at some point someone added 𝓬𝓾𝓬𝓴 and the n word.

BB’s last commenting system autocensored the n-word, c💋nt and f💋gg💋t, with posted policy explaining why. The new ToS had no explicitly censored terms. The autocensoring is best understood as 1/3 about the worst word, and 2/3 a gently humorous reminder to everyone whose speech this is, but there’s no official or collective position on it so far.

I keep all my sensitive files in WOM (write only memory).

I was thinking about replacing my computer’s software-based null device with a black hole diode, but the challenge of how to keep it from absorbing the computer and the rest of the planet stymied me.