Hungary's Prime Minister shuts down opposition press, then goes after everyone else

Can everyone just stop being a dick please?

Glancing over all of history, I would say no, no we cannot.

what’s past is prologue. 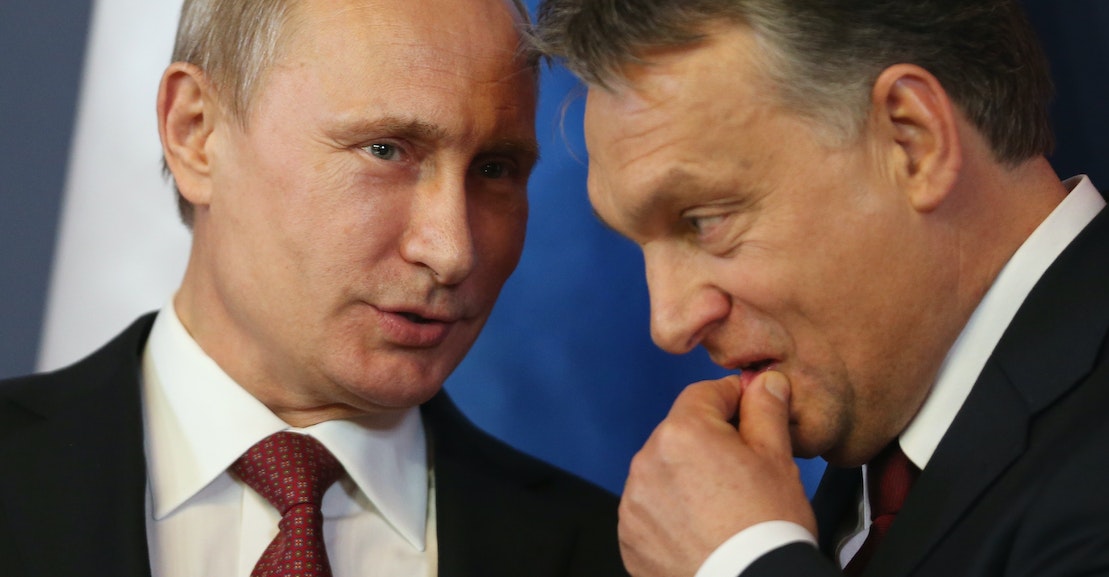 Hungary's Viktor Orban is abetting Moscow's push to sow chaos in the European Union. But at what cost?

But on sanctions, Hungary is the only country besides Italy that appears willing to terminate the embargo. It’s true that if the sanctions are annulled Hungarian farmers would win back markets that they lost two years ago. But there’s something bigger at stake. Orban has explicitly praised Putin’s “illiberal democracy” as a model for European countries, and used Hungary as one of its showcases. Indeed, the two strongmen share much in terms of their authoritarian style of governance, oligarch-led economies, and exploitation of national populism. This enables them to do business together in more ways than one.

In Budapest, one gets an in-the-face dose of the pro-Russia tone by opening just about any mainstream newspaper or tuning into the broadcast media, most of which is linked to the government. They overflow with praise for Russia and Putin. “It’s very deeply and consistently pro-Russian,” says the Hungarian journalist Attila Bátorfy, who also notes the recent proliferation of pro-Russian websites, Facebook pages, and other social media using translated Russian content. “Everyday there’s another angle, like how great the Russian military is or what a great emperor Putin is. The far right and pro-Orban media say Hungary shouldn’t be part of a colony led by the U.S. and the EU. This kind of Western liberalism isn’t for us.”

This saddens me, because I am Hungarian by heritage, and the country is absolutely gorgeous and wonderful to visit. Also I have a relative who is leading a small, socialist party there, and they don’t tend to do well in fascist dictatorships.

We’ve been through this fascist rodeo before. It sucked then, and it will suck now. Please stop world leaders. Just stop.

I’ve been keeping an eye on this one, as Orban has really been setting the operational template for resurgent right-wing authoritarianism in post-Cold War Europe over the past several years. I’m sure that Le Pen, Wilders, and their ilk on the Continent are also paying close attention, for different reasons.

So now it’s the same as the US? Where email leaks show full collusion between the press and presidential candidates?

I didn’t see a sandwich spread tantrum anywhere in the linked Guardian article. What the hell was that all about?

Did someone put ketchup on a hot dog?

Jeremy Clarkson and James May did a pro-remain video that mentioned sandwich spreads.

but it’s a very tenuous connection. LOOKING FOR AN EXPLANATION!

Can everyone just stop being a dick please?

oh the explanation is Marmite Gate.

Marmite was the first high profile casualty of Brexit triggered by the dive the Pound has taken in the las three months.

Luckily for us UK residents there was a Brexit Minister at the rescue.

So Unilever using Marmite prices to punish us for Brexit. toast-spread fight back starts here. From now on It's Aussie made Vegemite for me. https://t.co/vHHxNeoloy 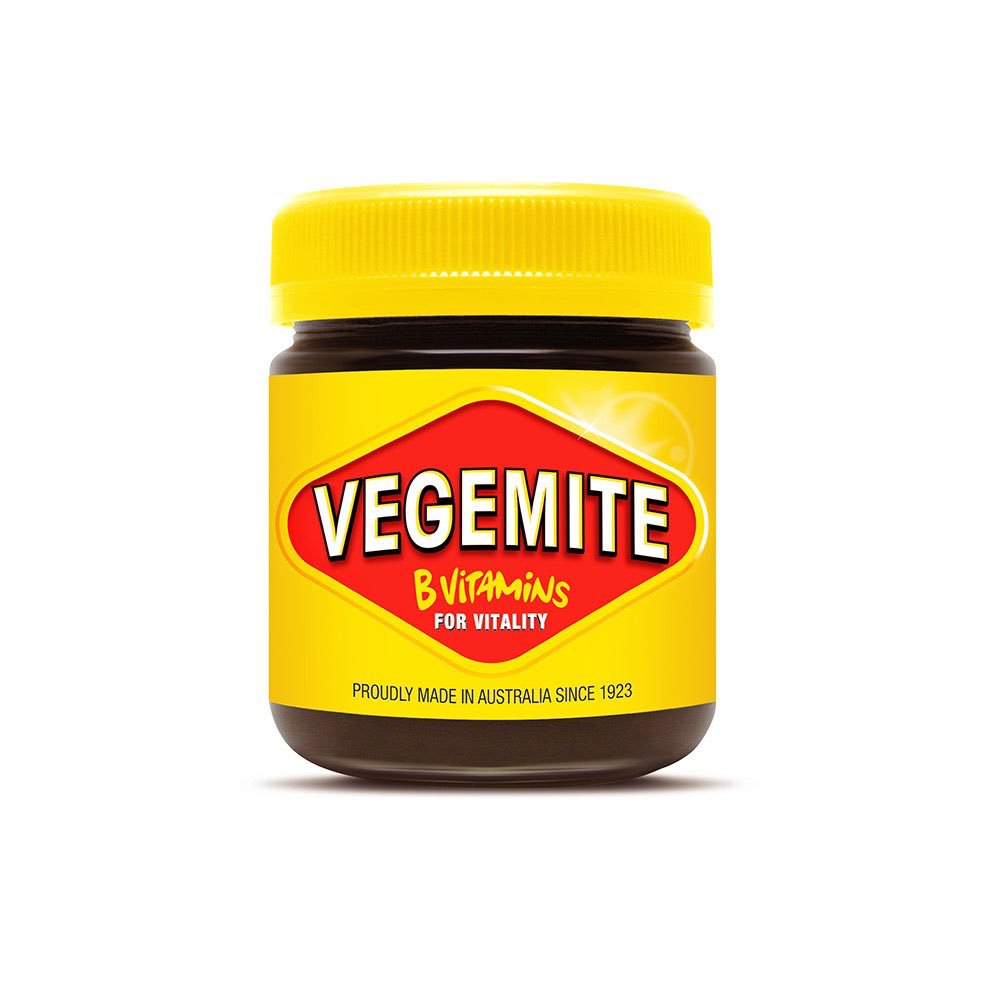 While European Democracy is going to the dogs and the EU should focus all its diplomatic capacity to reigning in megalomaniac fascist dictators, like V Orbán, it is distracted by the idiotic posturing of the UK Torys, who think that their choice of sandwich spread is some kind of political statement.

Anyways, reassuringly the marmite dispute has been resolved and we can look forward to many similar highlights for the foreseeable future. 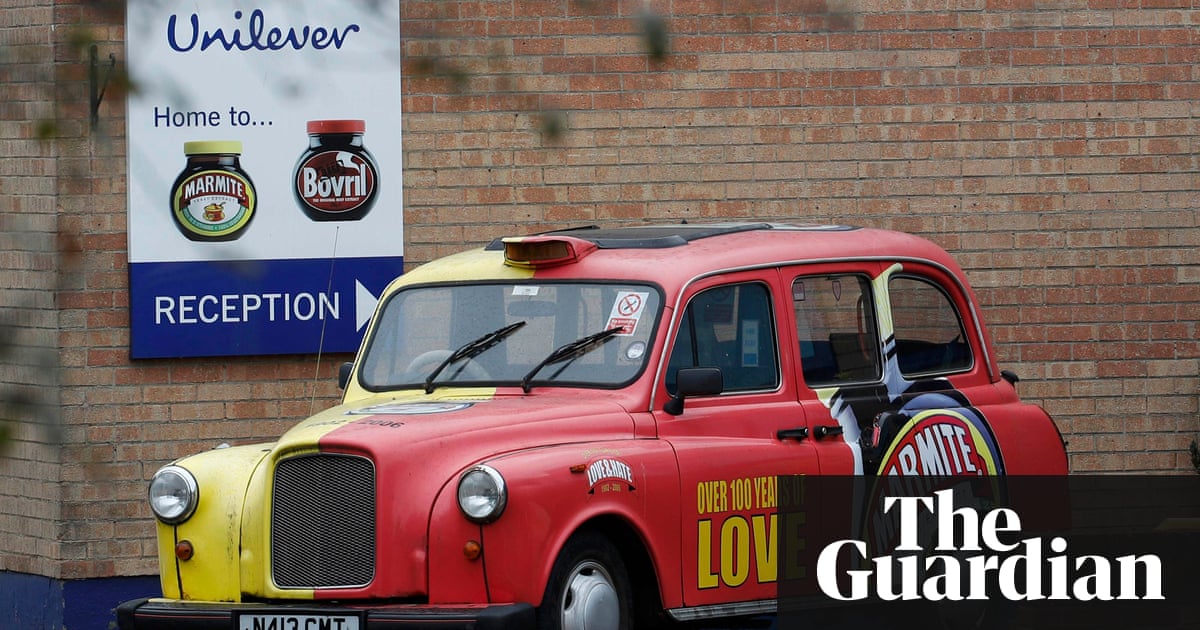 Aside from the…somewhat tenuous…theory that Hungary is in a colonial relationship with the US or EU; it sounds like somebody is downright enthusiastic to demonstrate that the local brand of oppressive exploitation is every bit as potent as the import; sometimes worse.

Even among leaders with quite genuine anticolonial sentiments; this has a habit of going poorly.

I lived in BP from the fall of 1992 to 1995 when virtually every small cafe and half the restaurants turned into American franchise operations. Admittedly, City Csirke wasn’t so awesome to begin with, but it was homegrown, dammit! Dunkin Donuts was a bit obnoxious, though.

there is also the little detail of how the US didn’t trust Easter Europeans to get on with running / changing their own countries. Aside from importing Dunkin Donuts the US also imported a political culture.

One of the pivotal moments of my youth was chatting to an eager young democrat in Manhattan ion Christopher Street Day in the summer of 1992. He told me that the year before he had been to Russia where he was campaigning for Yeltsin in an official capacity along with a substantial delegation from the US.

I was a visiting student in the US coming from Germany via Hungary and I couldn’t believe what I was hearing.

We experienced the fall of the Iron Curtain, we knew that people had risked their lives, their livelihood to fight for power to the people. What business did a suited-young-know-nothing have to meddle over there? He was so utterly clueless of Russia and Eastern Europe. Perfectly, nice but the arrogance of it. No one in New York would have considered, even for a second, listening to some 20 something from Moscow telling politicians how to run their business.

Colonie alright. This utter cultural ignorance leads to feeding the monster. Always. Hussein. Gaddafi. Yeltsin. Putin. Orban. All welcomed by the US for the promise of stability, for oil, of who knows what.

p.s. Friends of mine were founding members of Fidesz, back in the day when it was an opposition youth movement. Orban hijacked the party in the early 90s. It was clear from the start that he was bad news and every single one of those founding members left party while the West rejoiced in sidelining those enthusiastic young socialists.

Friends of mine were founding members of Fidesz, back in the day when it was an opposition youth movement. Orban hijacked the party in the early 90s.

Say - whatever happened to Tilos Az A? It closed down at some point, right?

I can’t recognize a d**n thing on Google maps. The cinema I lived next to on Kinizsi utca is long gone; I saw Pink Flamingos there. I really regret not seeing Satantango while it was still showing, although maybe it still is, somewhere…

I haven’t lived in Budapest since 1982–left as a kid so all I really know comes second hand from friends who atm are utterly devastated.

According to Wiki Tilos Az Á closed in 1995. There is a bar on its placed named after Frank Zappa.

I saw Sátántangó at the Berlin Film Festival and thought it incredible. Even thinking about it makes me nostalgic. The incredible thing is that once you get into its rhythm “time is fleeting and madness takes its place” (to quote from another favorite of mine) and you don’t even realize that you have been sitting through a seven hour film. No one in Berlin left the cinema.

That soon? That must have been right after I left - I had more of an impact than I knew!