How much longer before we do justice for the people of Puerto Rico?

And Trump’s first long-belated reaction to the humanitarian crisis in Puerto Rico was to victim-blame because of course he would.

America brutalizes anywhere other than the suburban enclaves where we keep our white wimmen at. And even there, but thats behind closed doors.

And this fucking gem from yesterday, “This is an island sitting in the middle of an ocean. And it’s a big ocean, it’s a very big ocean.”

Holy Mary, Mother of God, pray for me, a sinner.

And this fucking gem from yesterday, “This is an island sitting in the middle of an ocean. And it’s a big ocean, it’s a very big ocean.”

I could only think “It’s not the Lost City of Atlantis, Donny. We know where it is and we have boats that can get supplies there.”

You could also read it as just stating Puerto Rico’s problems, to play advocate of the devil here, because all those things are true. And they are problems. And they are the reason Puerto Rico is doing worse than Texas & Florida.

I guess that’s what you get when a president uses twitter for his communications.

I could only thing “It’s not the Lost City of Atlantis, Donny. We know where it is and we have boats that can get supplies there.”

I just got pictures from the ship a buddy serves on, US merchant marine, they’re now moored in San Juan unloading supplies and taking on appropriate evacuees for transport to VA.

So at least the port is open to decent sized ships.

Nice to know things are at least moving a little.

I guess that’s what you get when a president uses twitter for his communications.

Well, it’s not like his positions sound any more reasonable when he states them in person or has Sarah Huckabee Sanders address the press.

True, true. It’s just when I try to read it with an impartial view (a good way is to pretend Bernie Sanders wrote the tweets) it looks merely inept instead of downright evil.

it looks merely inept instead of downright evil.

But inept looks like making rounding errors in both directions, and that’s just not the case here.

a good way is to pretend Bernie Sanders wrote the tweets

Just for a short while of course

To see if it changes your opinion of the tweets themselves. Just take a chocolate cookie to recover.

There hasn’t been a problem waiving the Jones Act in an emergency previously:

Requests for waivers of the Act and its provisions are reviewed by the Department of Homeland Security on a case-by-case basis, and can only be granted based on interest of national defense. Historically, waivers have only been granted in cases of national emergencies or upon the request of the Secretary of Defense. In the wake of Hurricane Katrina, Homeland Security Secretary Michael Chertoff temporarily waived the coastwise laws for foreign vessels carrying oil and natural gas from September 1 ... 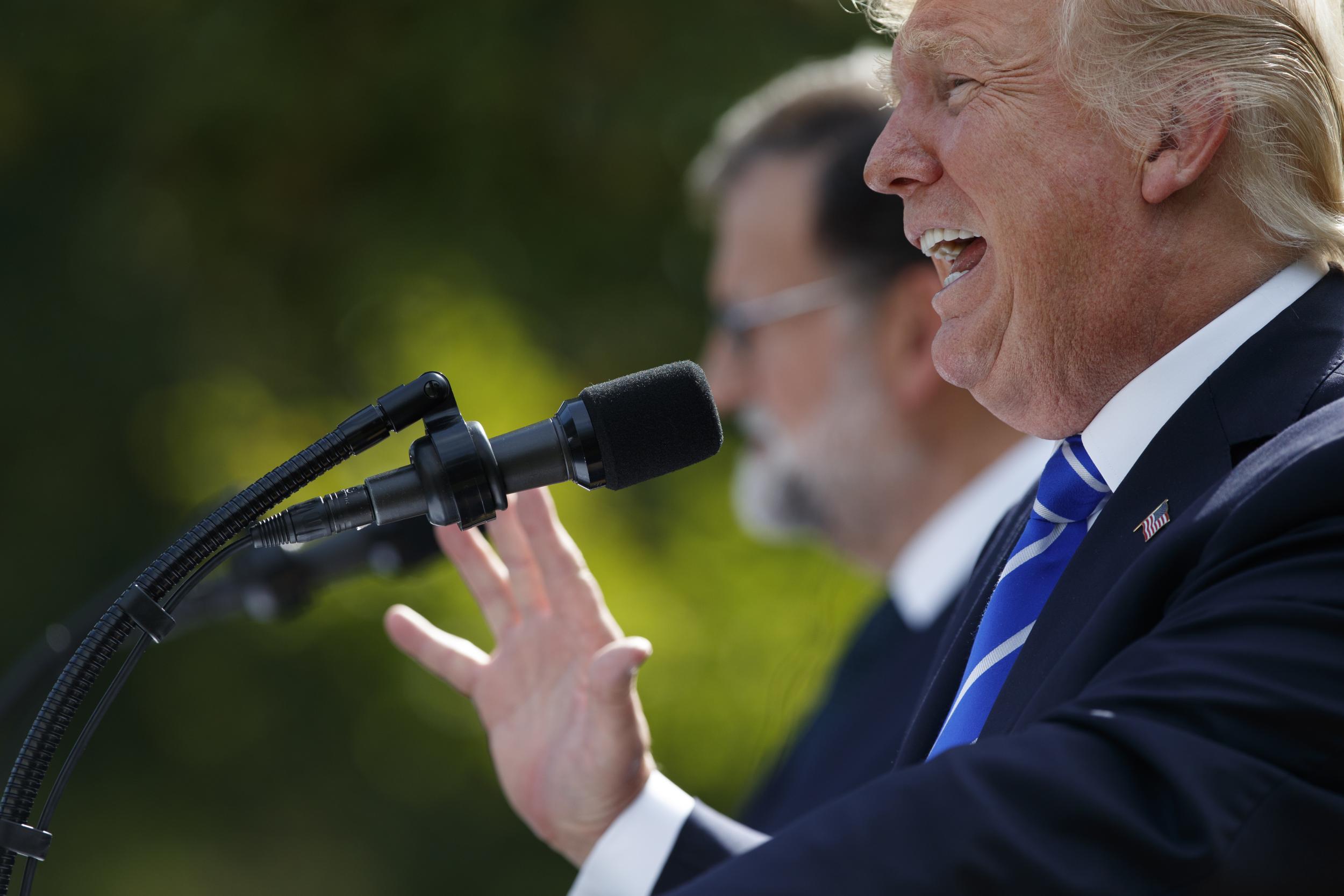 The Trump administration on Tuesday denied a request to waive shipping restrictions to help get fuel and supplies to storm-ravaged Puerto Rico, saying it would do nothing to address the island's main impediment to shipping, damaged ports. The Jones...

Asshole. (not you, the cheeto)

Shameful. Donnie, sure as shit isn’t going to do anything for the Americans who live in Puerto Rico. Since the hurricane. those poor people have been without clean water and food for how long now? Donnie is just now getting up off his fat ass to go see about them. Nice.

The irony of all this, is that George Orwell published 1984 in 1948-49. It was an instant, international bestseller in the UK and US … at the same time that the US was running a totalitarian Orwellian colony in Puerto Rico.

so, I started looking things up on wikipedia, as one does.

Law 53 of 1948 better known as the Gag Law, (Spanish: Ley de La Mordaza) was an act enacted by the Puerto Rico legislature[a] of 1948, with the purpose of suppressing the independence movement in Puerto Rico. The act made it a crime to own or display a Puerto Rican flag, to sing a patriotic tune, to speak or write of independence, or to meet with anyone or hold any assembly in favor of Puerto Rican independence. It was passed by a legislature that was overwhelmingly dominated by members The law ...

and I came across this rather peculiar passage:

The last major attempt by the Puerto Rican Nationalist Party to draw world attention to Puerto Rico’s colonial situation occurred on March 1, 1954, when four nationalists - Lolita Lebrón, Rafael Cancel Miranda, Irvin Flores and Andres Figueroa Cordero, attacked members of the United States House of Representatives by opening fire from the Congressional gallery. They wounded five representatives, one of them severely.[24]

Up until a couple days ago, Donnie McBlundermango didn’t realize that Puerto Rico was a US territory. To him, it was just another island somewhere filled with brown people.

I wish to God that I was joking about this. I’m not.