"I Love You, You Hate Me": trailer for new documentary about the dark side of Barney and Friends TV show

Originally published at: "I Love You, You Hate Me": trailer for new documentary about the dark side of Barney and Friends TV show | Boing Boing

Back in the day, there was a Usenet newsgroup named alt.barney.dinosaur.die.die.die.

Did I dislike Barney? Yes. Did I realize that Barney was for toddlers, not me? Also yes.

I’m possibly wrong, but I would speculate that some of the outraged Barney haters now belong to MAGA.

I think there was one for wesley crusher much the same.

We shot the messenger, not the message. Vast majority of adults who joined in on the “hate” train never watched the show or knew what it was about. Just that, to adults, he was annoying AF and had to die.

I’m sure if he was one of many characters on Sesame Street, folks wouldn’t shit on the show overall, just that one aspect… as they did with Elmo.

Amazing how people will find ways to be complete and utter dicks for literally no reason. Boggles my mind… maybe people should get healthy hobbies instead of just being assholes.

Same, i found the character obnoxious but its not like it was for me. The same can be said for Teletubbies, baby shark, Elmo and any other annoying character. They’ve got an audience and its certainly not me, though i do feel for parents that have to be around that content that’s likely on repeat

Don’t like Barney? You are not the target audience. The same goes for all media.

Sure, but it’s not like kids don’t have to be around content that they don’t care for all the time, that is not aimed at them, nor of interest to them. You make sacrifices for your kid sometimes.

It would also be interesting to see the gender of people whinging about Barney, and how many of them had kids - cause I’d bet the people whinging the loudest about a children TV show were not parents or women who were most likely to be the ones subjected to endless kids TV for large stretches of the day.

Don’t like Barney? You are not the target audience.

My only exposure to Baby Shark was from my big gay boss; and I found it rather winsome in that case. Doo-te-doo-doo-doo.

He was suffering through a whole bunch of shit, which made the constant dumping on him even crueler (of course people couldn’t have known it at the time). He’s an awesome human who is doing great work lately, especially on the issues of surviving trauma, and the fact that people STILL throw that shit in his face is much more of a reflection on them than on Wheaton or TNG, or even the character. Like, do people REALLY not have better shit to do than mock a character they don’t like on a show from the 80s/90s? And we wonder why some people in America embraced Trump’s bullying BS… because they think it’s the way to be manly!

Exactly!
Reminds me a little bit of this, which @mspie500 posted in a different thread: 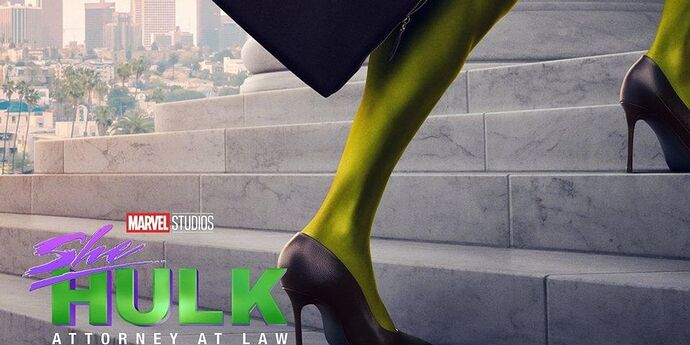 What to do when you're not the center of the universe anymore?

People seem to lose their shit when media is not specifically targeted towards pleasing them.
Well, some people. The rest of us are pretty used to it and able to acknowledge that🤷🏻‍♀️

Well… some people. For many of us, that’s just the way pop culture have been for most of our lives (with some notable exceptions). And even when that stuff was regularly marginalized, we still got told it was worthless and stupid. Pretty much anything aimed at girls for decades was ridiculed and mocked, mostly by grown-ass men who felt that they are the ultimate arbiters of what is “good and artistic” and what is “bad and commercial”…

I loved the super weird movie “Death to Smoochy” with Evil Robin Williams as a child show host who gets usurped by Smoochy as Edward Norton (a Barney analog).

I guess there is always weird delight in flipping saccharine things on their head as a parody. But I can’t imagine ACTUALLY hating a random performer in a costume.

Although one weird problem with YouTube when kids watch it is they will search for the show they love or get show suggestions “Peppa Pig” etc - and then end up getting served a totally inappropriate parody.

Indeed, I love it when media isn’t targeted at my demographic of CIS(ish) White Male in the 25+ (you know, the “Serial Killer”, “Spousal Abuser”, “Murder/Suicide”, “Sex Attack”, “Law Enforcement”) Demographic. I love getting a window into worlds that I have missed out on in my life, and learning about other people and cultures.

Well, that’s why probably parents should supervise their kids online… or maybe not. I’m guessing most of us came across inappropriate stuff at one time or another, and most of us are pretty well adjusted, generally speaking.

I love getting a window into worlds that I have missed out on in my life, and learning about other people and cultures.

I wonder about people who just demand media that only reflects them and their world view.

Personally, I disliked Barney for the saccharine sweetness, and the just sorta eerie kid ensemble with the nursery rhymes and other songs. Oddly I grew up with and liked a lot of nursery rhyme songs. We had records and borrowed some from the library. But their renditions just rubbed me wrong.

I know, I know, was never the target market, but other kids shows on PBS that I enjoyed, even as an adult, such as Sesame Street.

So anyway, I did make it so my kiddo didn’t see Barney. Sorry/not sorry.

That said - I would NEVER in a million years threaten someone on the show. WTF? I just wouldn’t watch it.

Little kids loved him. So he was pretty great because of that. I personally never watched the show; so I can’t relate to the experience of adults who did.