What ya’ll think of the new Roseanne? I kind of liked it I suppose.

I like the one I remember more. This one is a Trumpkin so, thanks but no thanks.

This one is a Trumpkin

I saw it. Felt like the writing was, hrm, 5/10. Not bad but not like kick ASSSssssss. Just purdy good. Some smart shit in there. Not anywhere as good as the new Will and Grace. That show is like an Aaron Sorkin show. ZING! what did he say? ZING again, another fastball.

This one is a Trumpkin

She drank the Kool-Aid. Sad.

Roseanne Conner Has Become a Trump Supporter. Just Like Her Creator.

After 21 years, “Roseanne” returns to ABC, and Roseanne Barr’s portrait of working-class Americans is as topical as ever.

Roseanne, now pro-Trump and pro-Israel, returns to the airwaves to huge ratings

Oh Roseanne. I used to think you were kinda cool. 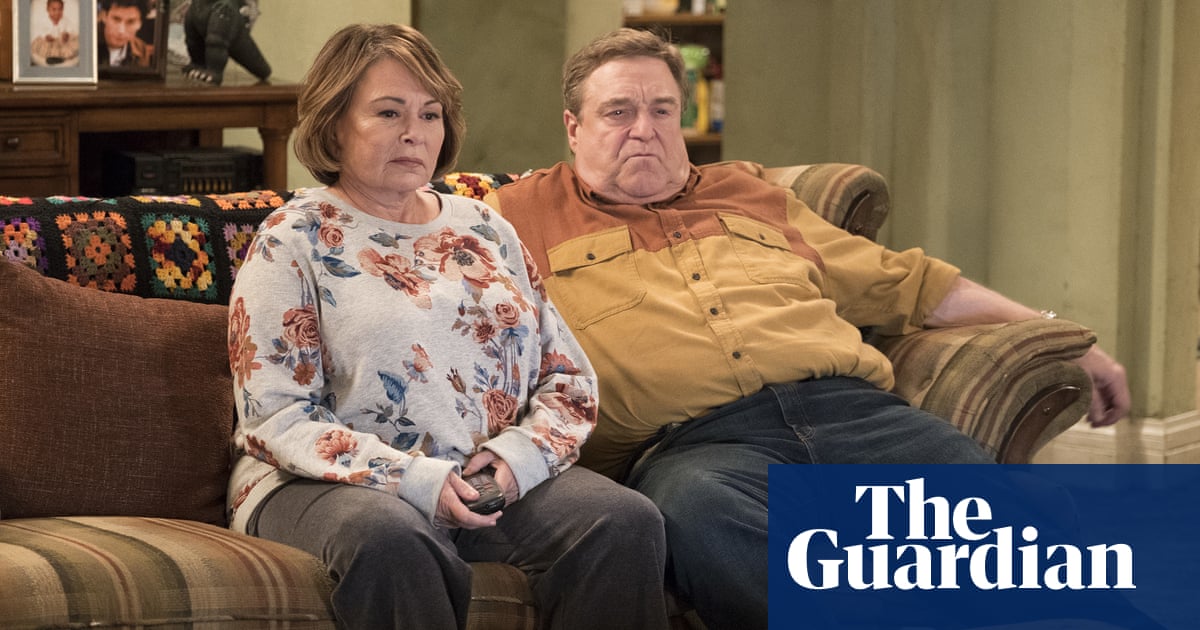 Barr said the president thanked her for her political support, and discussed television and ratings

I didn’t bother to watch since it’s really about pulling in the nostalgia bucks but not giving anything meaningful back. I don’t know why John Goodman was okay with this idea I would’ve opposed it from the start. Some things are best left in the time they ended. Like I couldn’t imagine anyone rebooting or revisiting Cheers, Mash, or even the Sopranos. These shows had their time and place and like all stories they have their beginning and end. I thought the general meh factor with the attempt to revive the X-Files and Heroes would’ve been enough to stop this nonsense but I guess “memberberries” are a hot item now.

Pretty sure the original had quite a Bruce Springsteen vibe; what the hell happened? Opinion | Are unions still relevant? The Pennsylvania election will tell us.

Democrats are looking to labor to help bring a district Trump dominated back into the fold.

NPR had a review of it. Although I didn’t watch the original, their take was favorable overall.

What was interesting was how they pointed out that the series was basically always held together by two great actors: neither of which was Roseanne.

Didn’t care for the original much. Annoyed by the remake. My wife watched it, so I did, too. I wanted to slap some of them.

I kind of thought more comments would be from people who watched it. Too high brow a crowd here on bb apparently!

Withholding support from supporters of Trump is “high brow”? Hardly.

The question was obviously aimed at people who watched it – but I wasn’t frankly surprised it ended up being much more a series of proclamations about why one didn’t watch it.

My dude, this place is loaded with hardcore fans of Star Wars, Star Trek and Disney – hardly objects of highbrow esteem.

Is it possible that a lot of people here didn’t watch it not because they’re highbrow snooty snoots, but instead because of Roseanne’s toxic politics, and/or cuz they just didn’t like the first version of the show?

Still does. If anybody here actually watched it (although I think it must be hard to see the TV set way up there on the moral high horse!) they would probably agree. The actress, the character, and the show are not all identical. The show is written by a bunch of progressive liberals, I read an article with them the other day, and their perspective was interesting on how to present Roseanne’s character – CHARACTER (it’s a TV show people, a scripted sitcom at that).

Is it possible that a lot of people here didn’t watch it not because they’re highbrow snooty snoots, but instead because of Roseanne’s toxic politics, and/or cuz they just didn’t like the first version of the show?

I would think a decent number of people on this bbs have watched it, or plan to. Again, the thread’s initial question was pretty clearly aimed at this audience – what did you think of it. Piping in on why one didn’t watch it is, to me, like being an Android fan, and posting anti-Apple stuff on an Apple forum, or vice versa. Again, I kind of saw that this would likely occur, so it’s not shocking to me by any means that the thread turned more into an opportunity for signaling to occur, than a conversation about the episode.

I watched it with my wife. It was entertaining, mildly funny. The forced laughs were annoying, as they always are. We know of people that we care about that voted for Trump and that we don’t think of as monsters or Nazis. I really like Jackie, reminds me of my sister, I also like Becky, and kind of identify with Dan. We would watch again, not the worst thing on air, already on our recording list.

What do you think we’re signaling? That Roseanne is too low brow for our tastes?

That’s what you’ve accused us of, and it now seems that you don’t want to own up to that accusation.

That’s what you’ve accused us of, and it now seems that you don’t want to own up to that accusation.

You’ve latched on to a quip, the low-brow thing. I was not using that phrase in terms of class affiliations, more the ethical high-ground/low-ground perspective. And the signaling relates to people making statements about being on a supposed ethical high ground, specifically for having refused to watch it. As if this was an act of defiance. This is my read, anyway – you’re certainly welcome to disagree.

I’ll give you another perspective, though. I’m what you would consider extremely progressive culturally, and extremely socialist economically. Really hard left, in the real sense. I also read The Drudge Report every day, and have for over 20 years. It’s but one of many, many sources of information that I consume, to shape my worldview. I intentionally seek things from perspectives outside of my own (in direct conflict, even), so that I might better understand them, because I think understanding is useful and a good thing to strive toward.

The new Roseanne itself is a dialogue between perspectives. I think it handles this dialogue well. The show doesn’t now (nor did it ever) present Roseane’s character as unblemished. She’s abrasive as heck, that’s her character, and it seems like over the years, the actress may have become a bit of a caricature of her character, which is too bad. But not bad enough to make me avoid a show that specifically highlights a positive dialog (in my opinion), as this is something I support strongly as a gnostic nondualist (or nondualistic gnostic, take your pick).

Okay, thanks for the explanation.