It reminds me if W. H. Auden

BTW: just in time for Halloween.

…and there was hair on his toes that he should probably take care of before tonight.

This is why men always take so damn long to get ready for a date.

It’s called ElfQuest and it is fabulous.

Frankly, the shower scene was too much, even for me.

Why I could never fully get into Tom Robbins. 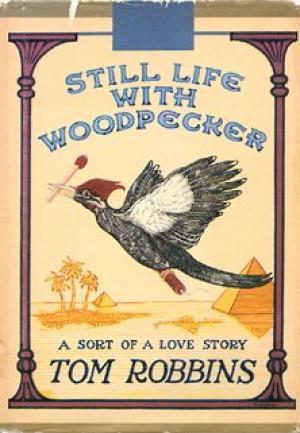 Woodpeckers aren’t for everybody.

I used to like him, but I was an edgy teen who liked reading books that included bomb recipes

I should read him again now, just to see how he’s held up.

I am interested in “If women wrote men the way men write women”, but don’t understand how the notion is illustrated by the examples offered here. I enjoyed Elison’s story, but would probably understand it better if it came with an essay or something. To me, man and woman are arbitrary categories with no innate meaning.

To me, man and woman are arbitrary categories with no innate meaning.

Do you have any idea how difficult it is to shave your toes? You know…so I’ve heard.

An analogy I draw is supposing that everybody is either a lemon person, or a lime person. That these categories somehow say a lot about what they are supposedly like. But without being socialized into the whole idea, it appears absurd from the outside. A lemon person writing about lime people? Is that something like a blonde person wearing a redhead’s clothes, ie yoga pants?

But despite feeling acutely that there is no objective meaning behind these categories, I am interested in the subjective meanings which people find in them. But most people I meet aren’t very interested in going into depth about just what somebody being man/woman means to them.

The binary isn’t about what categories you put yourself in. It’s about what categories almost everyone else puts you in. It’s truly wonderful that you don’t impose them on people - and I’m being sincere about that - but you’re one out of billions. So yes, someone who’s put in the lime person bin by society will have experiences someone put in the lemon bin never will, and vice versa.

The glorious flavour of lime… Mmmmm!

And then an orange person comes along and suddenly the limes and lemons have a common foe.

I don’t disagree, although I do think it’s debatable what right “society” has to impose arbitrary categories upon anybody, and that that is a debate worth having.

But my point here was not so much about whether or not such a binary can be said to exist, but rather how it may or not be elucidated by the content of the OP. It’s enough to get me more curious, but that’s all it does. It seems much more like an in-joke than any sort of explanation. I am sure that’s fine, but it is not what I was hoping for.