IKEA made a 25-minute ASMR video

Don’t they have anything better to do?

No Swedish accent? I think it would have benefited from one.

They should hand out listening devices when entering the store.

Or, better yet instructions to play the tape while attempting to put together one of their products in lieu of shooting one’s self in head out of frustration.

I kinda like putting these kits together. Tell ya what, next time you buy stuff in the Michigan store, bring it by, and I’ll put it together for $5 less than the store charges.

It’s a deal! And a business opportunity. 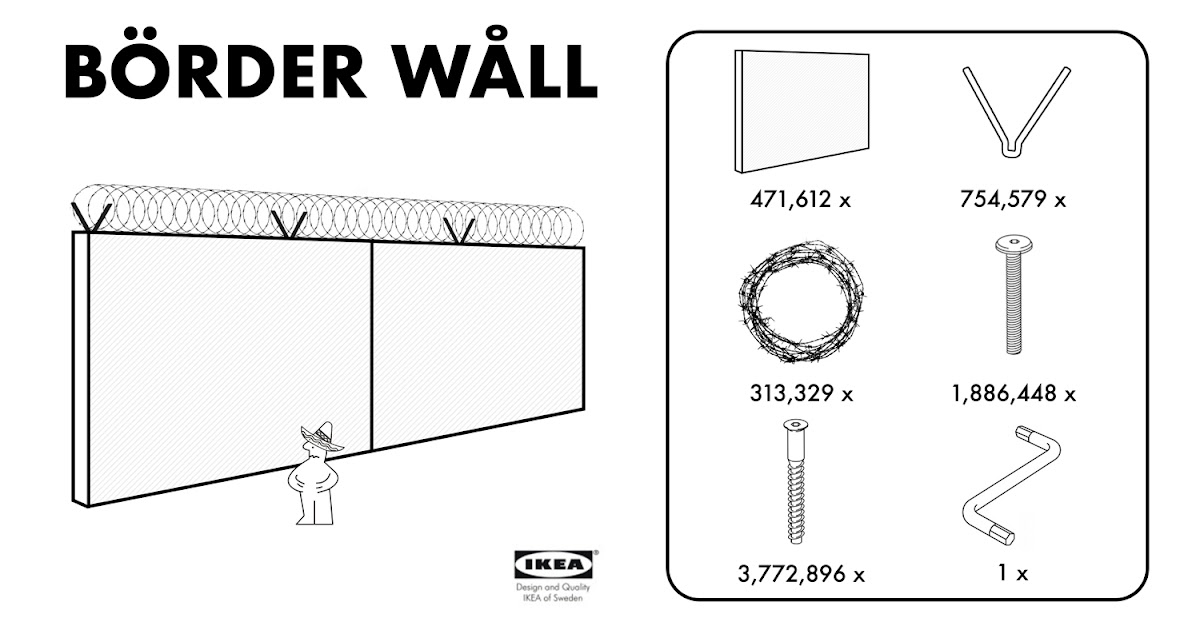 “Too expensive!” “Too complicated!” “Unrealistic!” – This is the sort of criticism US President Donald Trump is currently facing over plans to build a wall along the border with Mexico. An offer from home furnishings brand, IKEA, could solve all of...

25 minutes, and they only hawked a handful of products. I’m honestly impressed.

Am I the only person who is driven stark raving mad by people talking in those soft poppy staticky ASMR voices?! It’s almost as bad as the sound of Styrofoam against Styrofoam.

Three minutes in and I’m thinking just maybe the sweet release of nuclear holocaust wouldn’t be that bad after all.

A soft mallet is indispensable when assembling some IKEA stuff.

You most likely have misophonia, which is all about finding certain sounds irritating as opposed to neutral or pleasurable. I have ASMR for certain sounds, but things like crinkling cellophane are almost physically painful to hear. I suspect ASMR and misophonia may be related, both seem to have something to do with hypersensitivity to stimuli.

A soft mallet is indispensable when assembling some IKEA stuff.

You most likely have misophonia

Interesting, I hadn’t heard of that. I’ll look into it more. Thank you!

It’s definitely certain soft spoken sounds. The only one that never really grated on me was the voice of Bob Ross.

Only time I’ve ever needed a hammer-like tool was to hammer in nails.

A colleague of mine hates Bob Ross’s voice as well. Even though she likes the instructional painting videos, she has to turn the sound down. Interestingly, he is considered the patron saint of ASMR.

Interestingly, he is considered the patron saint of ASMR.

Aye, that’s why it’s so weird that his voice is about the only sound in that genre that doesn’t bother me at all. I think it’s because, although he was soft-spoken, he didn’t try to force extra breath through his throat for that raspy sound that makes me feel like someone is being strangled. There’s also a weird harmonic resonance to a lot of the ASMR voices that makes me feel mildly disoriented like the beginnings of a headache.

Only time I’ve ever needed a hammer-like tool was to hammer in nails.

If you’re assembling, or disassembling, parts that are connected with tight-fitting dowels, tapping them with a mallet is easier than just pushing and pulling, and less stressful on the joints. (Of course, if your only tool is a mallet, everything looks like a Tomnäs.)

Pro tip: Get a white rubber mallet. The black ones leave marks.

A lot of ASMR performers (for lack of a better word) are women and deliberately do the whispery thing; they really only came on the scene when ASMR was discovered to be a “thing” by people who were “triggered” by things like Ross’s voice, which is lower (being male) and more natural.

Counter pro tip: insert dowel in side one, flip over, and push the dowels home onto side two. No mallet required!

[srsly, we have way more flat-pack in our house than we probably should for “adults,” we’ve put a ton of this stuff together.]