Illustrator and ceramic artists team up for "illustramics"

It’s funny, illustration on ceramics has been happening for thousands of years. Probably before illustration on paper. It was only about 100 years ago we (morden society) figured out how Greek terrasigilattas were created and used for illustration.

It’s funny, illustration on ceramics has been happening for thousands of years.

I remember in college taking a class where - among many other things, we had to identify the artists who had painted scenes and figures on various ceramic vessels. Some weren’t known by name but were identified as “The Berlin Painter,” etc. That was one of my favorite classes, ever. 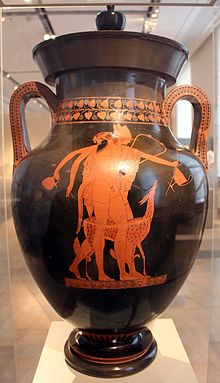