Is there a German word for that special kind of schadenfreude from seeing the crazies turn to conspiracy theories to explain the blindingly obvious?

Meanwhile, some people in these very forums seem to be claiming that Clinton cheated in the coin flips, so lets not be so quick to laugh at the GOP tinfoil hatters.

Meanwhile, some people in these very forums seem to be claiming that Clinton cheated in the coin flips

When people I vehemently disagree with are lunatics I laugh.
When people people whose views I generally agree with say crazy things I get ulcers.

I can almost understand that one because there were what, six coin tosses, and HIllary won all of them? That, at least, is statistically unlikely, unlike the unsurprising Cruz/Trump/Rubio placings.

To be fair, the Microsoft standard for ‘fixing’ things is a reboot.

Sure, but what are the chances?

If Trump comes anywhere close to winning the nomination I expect some traditional Republican backers to decide that party affiliation isn’t everything and a centrist Clinton would be mostly harmless while Trump would be an absolute disaster.

The fireworks should be fun if Trump is “stabbed in the back.”

Meanwhile, some people in these very forums seem to be claiming that Clinton cheated in the coin flips, so lets not be so quick to laugh at the GOP tinfoil hatters.

If you’d asked me ahead of time whether the Dems would cheat on a coin flip to make Clinton win over Sanders I’d have said, “You should never use a coin flip, there are far more secure ways to generate random numbers that would be much harder to cheat.”

I think people recognizing the system is abusable or non-auditable is a reasonable thing. It’s the “Microsoft wants Rubio to win” part that seems to be made up out of thin air. Whereas “the democratic establishment wants Clinton to win” is accepted fact.

It’s doubly crazy because Trump is still doing fantastically well, compared to a whole load of previous predictions- If you were told last year that he’d be second in Iowa and with a huge lead in the polls in New Hampshire at this point, you’d think that scenario would be wildly overoptimistic.

But no- we get a ridiculous amount of media hype from the notion of momentum, expectations and small changes from poll to poll,

And don’t get complacent yet. Even if this is a three way fight between plutocrats, evangelicals and nativists, you only need 34% to win in an evenly fought three-way race.

There were similar calls when ukip didn’t storm to victory. 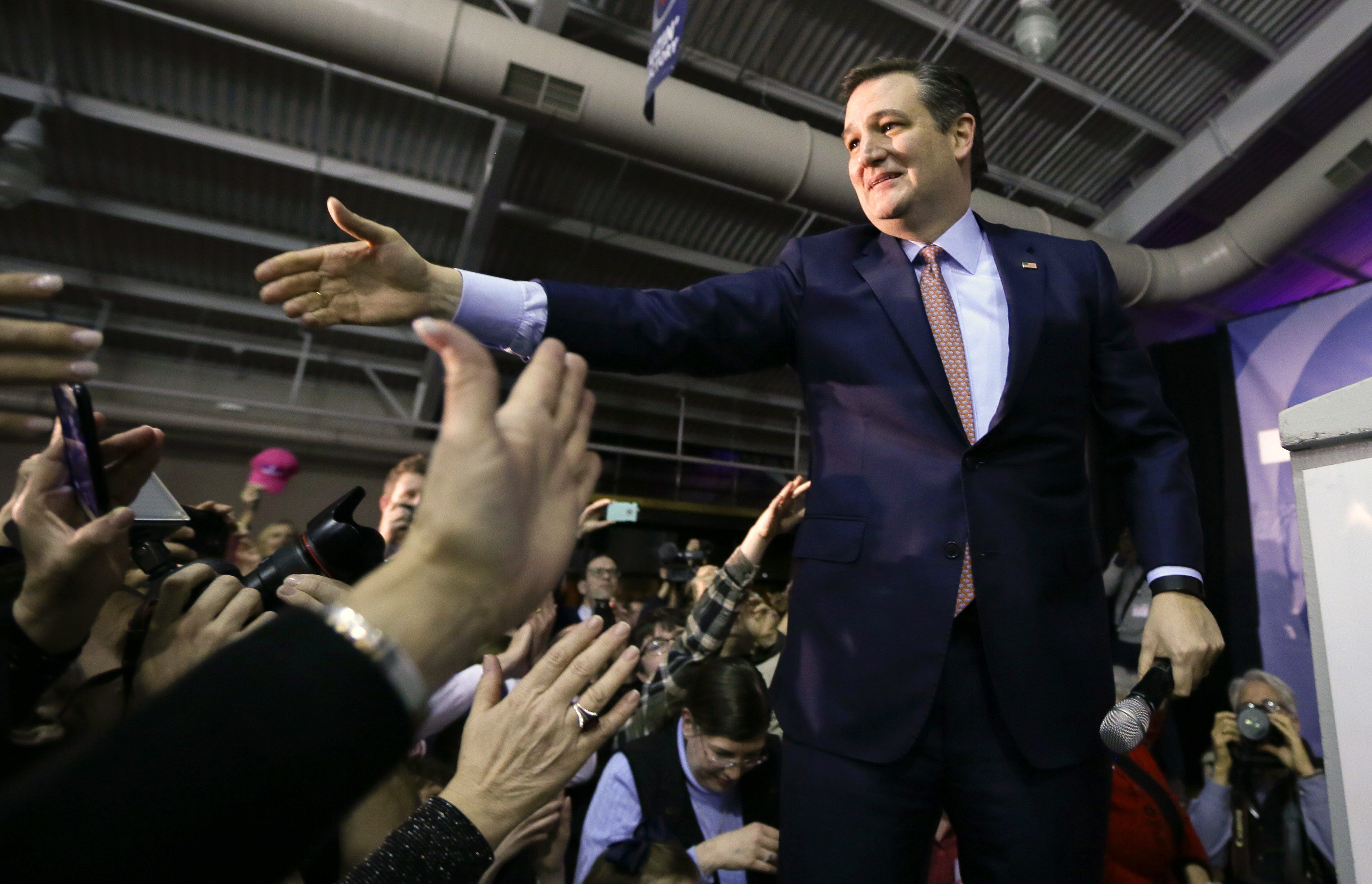 Cruz Apologizes After Carson Accuses Him Of Playing 'Dirty' In Iowa

Sen. Ted Cruz (R-TX) apologized Tuesday to Ben Carson after his campaign team spread a rumor that the retired neurosurgeon...

Sen. Ted Cruz (R-TX) apologized Tuesday to Ben Carson after his campaign team spread a rumor that the retired neurosurgeon was dropping out of the presidential race after the Iowa caucuses, CNN reported.

Meanwhile, some people in these very forums seem to be claiming that Clinton cheated in the coin flips

I’ve joked about it elsewhere and I’ve seen people joke about it in a few places. Is anyone actually saying it seriously, though?

I think the system is pretty dumb; these coin flips are sort of like dithering noise to compensate for quantization error that didn’t need to be introduced in the first place. But Clinton didn’t create the system or switch out the coins or telekinetically affect their trajectory or something.

There’s also a German word for just “the crazies turn to conspiracy theories to explain the blindingly obvious?” too - Dolchstoßlegende. Incidentally the main peddlers of this current conspiracy theory don’t differ that much from their predecessors if you peek into that hashtag.

It makes me nuts about Clinton, though. She’s put so many deals in place to try and land this nomination, and now random chance (as random as a coin flip can be, anyway) is also conspiring against Sanders?

My big concern is that when it comes down to the wire, the DNC will find a way to overtly knock Sanders out of the race. It won’t be a conspiracy or anything subtle; they’ll just tell him, “No.”

I’m glad to see Trump lose, but I’m not sure how much we gain from it. I’m pretty convinced that we’re all definitely screwed unless Sanders wins. And if Sanders wins, we still might be screwed.

if she did this she deserves to win

But Clinton didn’t create the system or switch out the coins or telekinetically affect their trajectory or something.

Cheating at coin flips doesn’t require any magic. If they are going to use random numbers they should be using a system that no one I knew in grade 6 could rig and a system with results that can be audited. Coin flips are a system that could possibly be cheated by a single person or an extremely small number of conspirators.

I’m not going to go on twitter and talk about how it was rigged and I can tell from the pixels. I just… is it really that hard to believe that someone would cheat at a coin flip to win the presidency? Is that just so far beyond what anyone would ever do that it’s unthinkable? Suppose you were 50% to win $10M, would you be like, “Sure, I trust a coin flip” or would you be a little suspicious with that much money on the line that someone might cheat and say, “How about we use random.org” or find a random stranger to do the flip so you know there’s no collaboration, or draw lots, or something like that? The presidency is worth a lot more than $10M.

The Microsoft thing is much harder to swallow. If the voting code was rigged in favour of a particular candidate, how many people would have to know about that to write it and test it, etc. Who would control it and how would that control be exercised? If a small contractor who was a friend of someone from the party wrote the code it would be closer to plausible, but to get Microsoft to do that the conspirators in the party would have to give them a spec for it.