What’s depressing about this case is that it’s a no-brainer in favor of Native People if you are actually an “originalist.”

But if “originalism” is a sham veneer you use to prop up structural racism and classism then . . . well, I guess it’s also a no-brainer.

Gorsuch is siding with the court’s liberal wing against the challenge to the ICWA (that challenge boiling down to “wahhh, this is more racism against downtrodden white people!”). 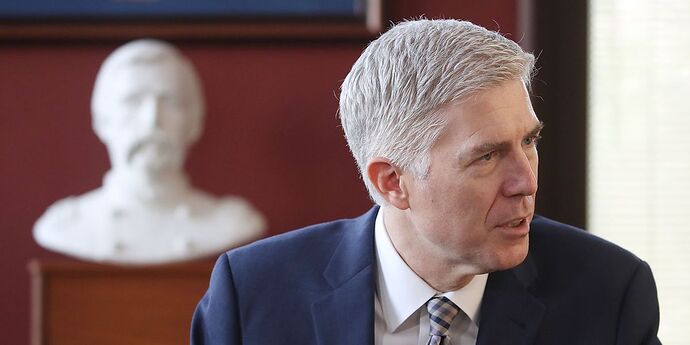 Neil Gorsuch May Be the Supreme Court's Most Outspoken Defender of Native...

We are just as surprised to be saying it as you may be to hear it.

Gorsuch agreed with the liberals that this is not about race but about tribal sovereignty. He also says that if the challengers have a problem with the law they’d be better off addressing it in Congress.

This is absolutely an important case. Slowly many Indigenous tribes are gaining back some of their sovereignty.

What’s depressing about this case is that it’s a no-brainer in favor of Native People if you are actually an “originalist.”

Well, unfortunately, if you used “originalist” as your yardstick on what to do today, they would just make treaties and laws and then 100% ignore it if it wasn’t convenient. That is how we got to where we still are today.

I just recently found out the Cherokee Nation were promised a seat in the House or Representatives. They absolutely should get a seat, and now I want to know how many other nations were promised this as well.

It’s crazy how Native issues can turn our expectations upside down. Gorsuch on the morally (and I think legally) correct side more often than not on these cases, while RBG’s legacy among the Native community is ambivalent, at best. Sometimes the law is weird.

That is a good question. I forgot there are some non-voting members. It doesn’t say on the Cherokee Nation page which one it is.

ETA - according to wiki, it is a non-voting seat.

The Cherokee and Choctaw Native American tribes have treaty rights to send delegates to Congress. The right to a non-voting delegate to Congress was promised to the Cherokee by the Treaty of Hopewell in 1785 (affirmed in 1835's Treaty of New Echota) and to the Choctaw under the Treaty of Dancing Rabbit Creek in 1830, "whenever Congress shall make provision for [a delegate]". Congress has never provided for the appointment of delegates from Indian tribes. The Choctaw tribe has never appointed In ...

There’s a hearing on the 16th

Legal and Procedural Factors Related to Seating a Cherokee Nation Delegate in...

I have no insider knowledge, nor am I a legal expert, but I think this case is about something else: Indian casino gambling.

Here’s what I mean. Obviously there’s a lot of money in casinos, so there’s a strong motivation for major casino operators to wipe out competition. If they went straight after the Indian Gaming Regulatory Act, the ICWA would be hanging over the case like a cloud, and the justices might say “We can’t decide this without making a decision that would affect the ICWA.”

Going after the ICWA directly, because it forces all the parties to confront what might be the hardest problem—for the casinos—in Indian affairs, makes it much easier for them to undermine the IGRA.

So, like the mobsters who built Las Vegas would say, “It’s nothing personal, kid, it’s just business.”

Funny, the Libertarians on the court should be drooling over enforcing those treaties contracts the US made with indigenous nations. /s

Are you living on stolen land? Pack up!

ETA: I didn’t think the sarc tag was necessary, but apparently it is. Of course the Libertarian justices will rule against indigenous peoples. Something something binds but doesn’t protect…

I could see the non-indigenous casino operators using this case as a stalking horse to test how the current court (really its conservative wing, and really Gorsuch, Barrett, and Kavanaugh*) comes down on the question of tribal sovereignty. That doesn’t mean they’re behind this challenge or even funding it, but It wouldn’t be the first time capitalists used white Know-Nothings as pawns in their game.

[* The others are bad-faith locks for the casino operators. Roberts will always find a way to rule in favour of the dominant corporate players in an industry; Thomas is always looking to agree to any ruling that screws over BIPOC; and the angry Libertarian Alito is going to discover a pseudo-Originalist interpretation that justifies a one-sided contract that benefits the powerful and owns the libs.] 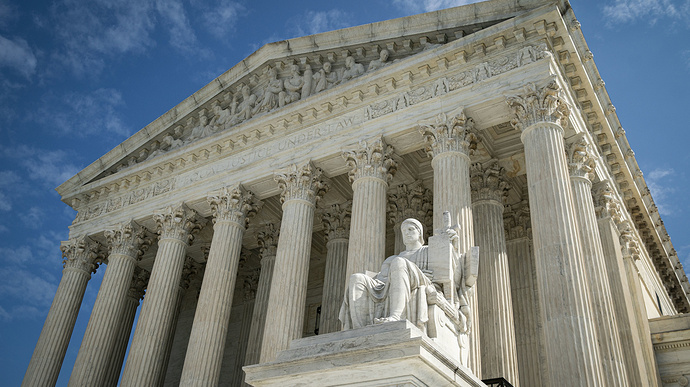 Only recently did the court rule that the eastern half of Oklahoma is on tribal land, and that the state could not bring criminal prosecutions there without the consent of the Indian tribes there.

KAVANAUGH, J., delivered the opinion of the Court, in which ROBERTS, C. J., and THOMAS, ALITO, and BARRETT, JJ., joined. GORSUCH, J., filed a dissenting opinion, in which BREYER, SOTOMAYOR, and KAGAN, JJ., joined.

so from a purely vote-counting perspective, Gorsuch’s coalition depended on Ginsburg.

There must be a site out there that tracks broken treaty (and other) promises made by the US to its native populations. If there isn’t one, well…there should be. Will search it out…

Gorsuch agreed with the liberals that this is not about race but about tribal sovereignty. He also says that if the challengers have a problem with the law they’d be better off addressing it in Congress.

That will be very helpful if (perhaps more like “when”) Tribal and Industry litigants end up having to deal with SCOTUS: 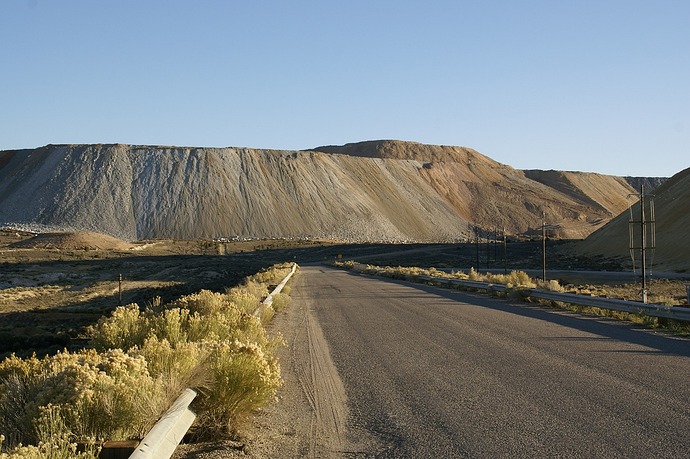 A new report shows that lithium mining in Nevada poses a threat to its tribal lands. Read on to know more about this story.