I kind of want one! I imagine it being really awesome for glamping, in a lake or a calm tidal area…

so, after a heated dog fight in the air a german and british pilot could possibly share quarters in this??

Powell and Pressburger made some wonderful films. Thanks for reminding me.

Sure. And when the boat came to pick them up they would probably be sharing a smoke and comparing airplanes.

They need to redeploy these between Calais and Dover for the asylum seekers regularly trying to cross in overcrowded RIBs and being picked up (or not) by local fishers, RNLI, RN, etc.

I stumbled across this video yesterday and it was fascinating. A piece of history I had zero knowledge of, but seems like such a sensible idea.

Very cool. I can never get enough cutaway images. Haven’t watched the video yet, but these reminded me of Lightvessels, which were anchored ships that served as lighthouses. They we apparently pretty boring and dangerous to work on. So much so that the sailors got pretty into basket weaving (enough to warrant a whole museum…) 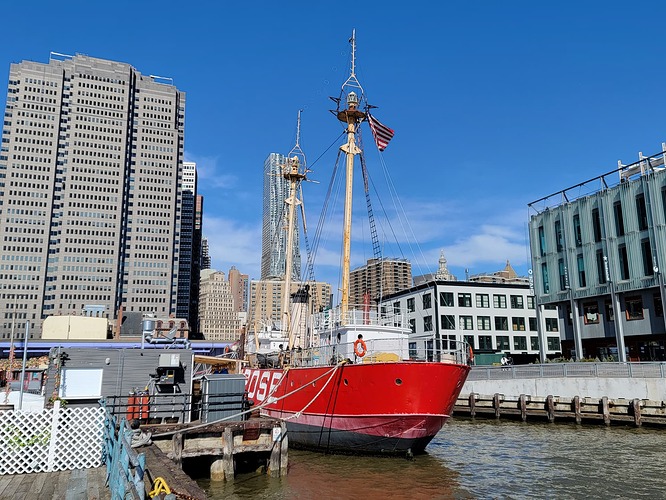 and of course, a cutaway I found 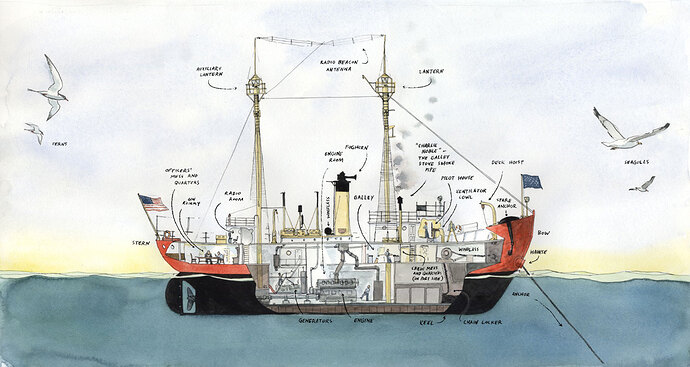 Also made me think of the FLIP research vessel: The FLIP Research Vessel Can Tilt 90 Degrees in the Water 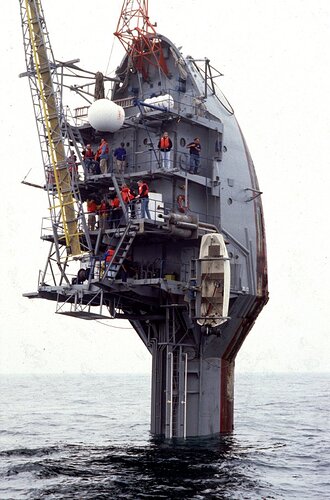 “Lightship” is the furthest offshore buoy outside the SF bay. It’s where the pilots get onto the containerships to get them through the shipping channels in the bay.
Unfortunately it’s just a buoy now, but it used to be a ship. 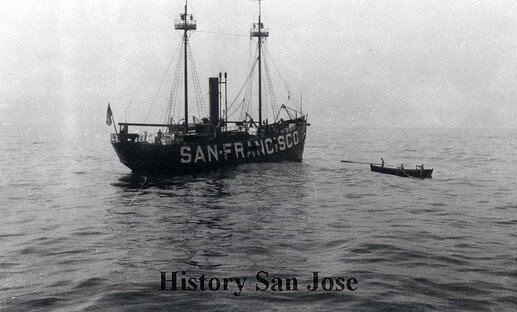 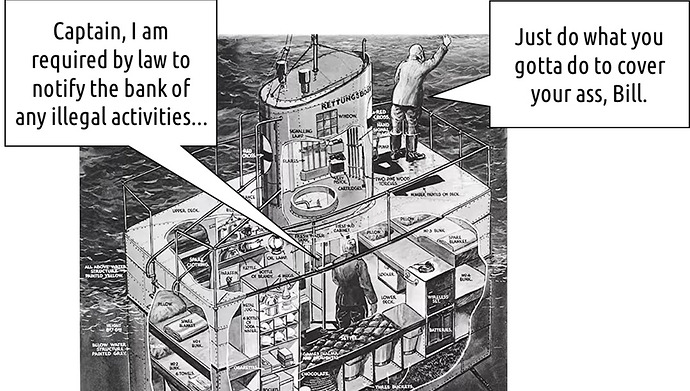 Of course with it’s very small waterline, FLIP is MUCH more stable.

Powell and Pressburger made some wonderful films. Thanks for reminding me.

Yep. One of our aircraft is missing is a classic, along with A Canterbury Tale and A Matter of Life and Death.

One fact that the little film here elides is that once the Brits decided that German Air Sea rescue planes started to become effective, the Brits started to shoot at them. So the Germans took the red crosses off of them and armed them.