Inside Beijing's airpocalypse – a city made "almost uninhabitable" by pollution

I lived in Beijing for 6 months back in 1999 and the air quality was atrocious then! Constant bouts of bronchitis and respiratory infections. I cannot imagine how insufferable it is to live amidst 2014 pollution levels.

London in the 19th century was severely polluted due to coal combustion.
Let’s give China 100 years, and it’ll be better! Problem solved.

This is roughly what LA’s air looked like in about 1955 or so - back when cars had no pollution controls, and everyone used backyard incinerators because there was no municipal trash collection.

(The first real smog attack LA had was during WWII. Many of the locals thought it was a Japanese gas attack.)

Of course, LA’s postwar smog was mostly photochemical smog - CO, NOx and volatile hydrocarbons baking in the sunlight under an inversion-layer cap, undergoing chemical reactions that generate ozone and other toxics.

Beijing seems (at first glance from here, anyway) to be more about the PM 2.5 and other particulates. Different game entirely.

(Curiously, the PM 2.5 from diesel traffic, much of it generated by the ships, trucks and trains feeding through our port, is one of LA’s biggest remaining pollution problems. We’ve reduced most of the photochemical-smog sources to tolerable levels, and we’re still reducing what’s left of those. But the PM 2.5 levels are growing - especially as the economy picks back up and we import more things from China.)

It says something about Chinese pollution that in the spring-winter of 2013 Tokyo experienced it’s first man-made smog in 25 years when clouds of airborne particulates wafted across the sea.

On a related note, the first exclusive exhibition of Lowry’s paintings abroad was held at Beijing recently. It’s interesting to see the similarities between the UK then and China now, and apparently his work is quite meaningful to Chinese people: 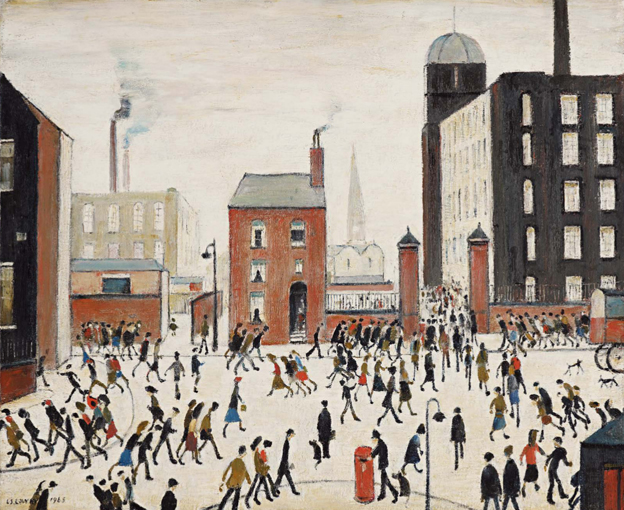 My city in the UK (Stoke-on-Trent) had the nickname Choke on Stench because of its industry (pottery, coal mining, steel): 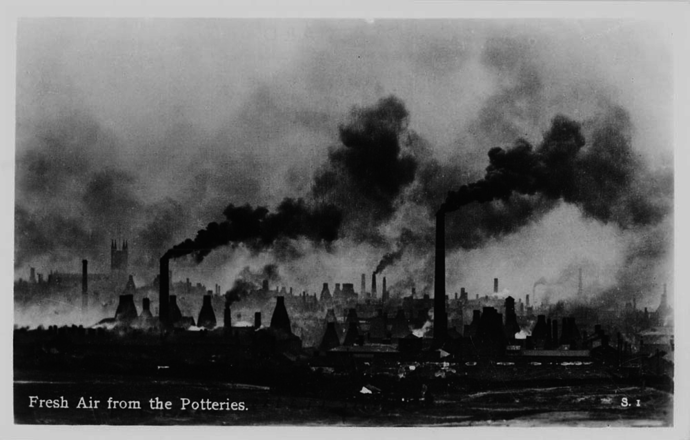 It’s a lot better now (although there were real proposals to abandon the city in the 50s). The slag heaps and open pits in the middle of the city are now parks and lakes (as you can’t build on them at all) and the remaining bottle kilns (that would burn 15 tonnes of coal in each firing) are listed buildings. The whole city is now designated as a smoke control area, so fireplaces are banned.

I lived in Shenyang until 2013 - it’s also very industrial and generally seemed to have about the same pollution level as Beijing. While I was there they moved a lot of the industry out of the city, banned non-electric scooters and bikes, built the first two lines of a new metro system, replaced a lot of the buses and taxis with natural gas powered vehicles and worked on renewable energy systems. It is better than it was, but sometimes it was just terrible. In January 2013 the PM 2.5 reached 1000 (on the scale, 300+ reads Health alert: everyone may experience more serious health effects). There was hardly any visibility and it took me the best part of an hour to recover from the 10 minute journey to work. Even with less industry in the city itself, there’s still a lot of building in old industrial areas which spreads particles from the factories all around the city. A number of housing blocks have a big smokestack that burns coal to provide heat for the apartments. The coal quality is poor in the area, so that really affects the pollution.
Ultimately there’s a lot of work being done to improve the situation, but there are some big issues to face. Most of the rivers are already producing hydroelectric power. They use a lot of coal, but upgrading to more efficient power stations would use a lot more water, which is already really scarce. China is already the largest market in the world for wind power, but it’s difficult to integrate into the system. I’m not sure if anyone could cope with the kind of growth that China is experiencing, but it’s going to be pretty bad for everyone if they don’t.

I wonder how long before they start tying together their buildings with enclosed walkways like Minneapolis has.

Thanks for that perspective. A lot of reporting on Chinese pollution seems to adhere to the narrative of “they blindly grasp at the golden ring of prosperity/modernity instead of learning from all the mistakes we made, to the detriment of the planet.” That’s probably true to some degree, but it’s heartening to hear that they’re not entirely oblivious to the problem. I would like to read more about what remediation efforts are going on, instead of endless slideshows of hellish smog. 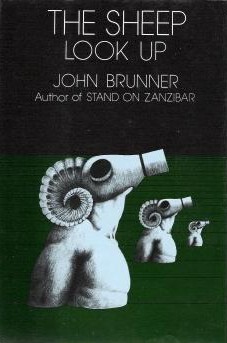 I lived in Beijing for 6 months back in 1999 and the air quality was atrocious then!

Likewise in 2004/5 when we lived there. The local media kept a lid on how bad it was, so the only way to get pollution reports was overseas websites. We saw the mountains on the horizon twice in the whole year. Most of the time the visibility was <100m.

Sure diesel traffic dose not help the situation but the real culprit is coal.

China is the largest coal consumer, accounting for 49% of the world’s total coal consumption. Burning 4 Billion tons per year and rising.
Chinese production and consumption of coal increased for the 13th consecutive year in 2012.

When I went there a few years ago in summer, the crap in the air stuck to the sweat on my head (shave my head) and made me break out in a rash.

Blink and the smog rolled back, but definitely there. Beijing is on a plain below where the 西山 and 燕山 ranges meet. Couldn’t believe my eyes the first time …

Don’t worry China, this woman will figure things out and get the miasma taken care of! 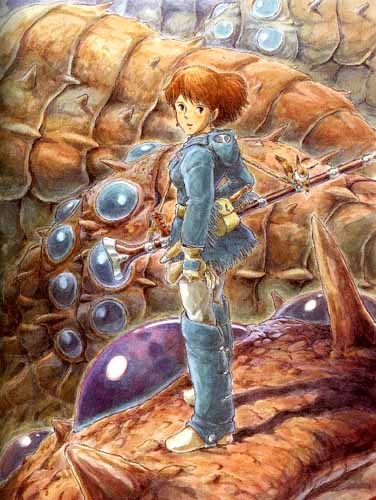 Yet the EPA is the epitome of government tyranny.

Well hopefully things will improve. I remember recently reading about a clean coal plant they made that is probably one of the most advanced, cleanest plants in the world. IIRC it was a smaller scale prototype, but if they can scale it up and implement it, it will be better for China and the rest of the world.

Did that plant happen to be FutureGen 2.0?

Started during W.'s first term and supported along by his predecessor, the FutureGen partnership was to develop a coal plant that would generate near-zero emissions. 11 years later, they’re just beginning to retrofit an old plant in IL that will use 20% more coal for a process called oxy-combustion to capture 90% of the emissions, then pipe the captured carbon dioxide underground 175 miles for storage. It’s so unpopular that ComEd is now in the Illinois Supreme Court trying to avoid being forced to buy power from it. Total cost to taxpayers: 1 Billion Dollars. Total carbon saved: 0

(for reference, that’s nearly twice what the Gov’t will lose on Solyndra plus Beacon combined)

It also doesn’t address our country’s dependence on digging up dead dinosaurs, both here and abroad. 2/3 of the US power comes from fossil fuels, followed by nukes at 19%. Not sustainable in the long term regardless of one’s political affiliations.

Of course, China’s got a shocking 91% fossil fuel habit.

. It’s so unpopular that ComEd is now in the Illinois Supreme Court trying to avoid being forced to buy power from it.

Unpopular with whom? And why?