calls herself Georgette Spelvin (which is likely not her real name, as it’s a traditional pseudonym long used in the world of theater) 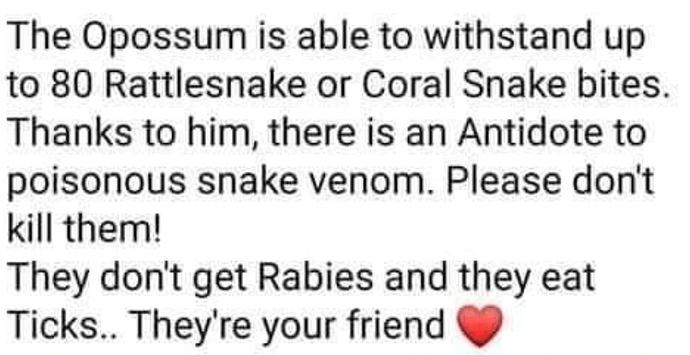 I live in the middle of a block and have the only hole in the fence that leads up a the hill. I put out a bowl of water every night and whatever fruit pieces happen along. When I think of it I sit out in the dark and watch the skunkeedoodles and oposserwassers bobble by. Beats anything on tv.

Yeah, she has a funny name. So do 'possums. Let’s move on. 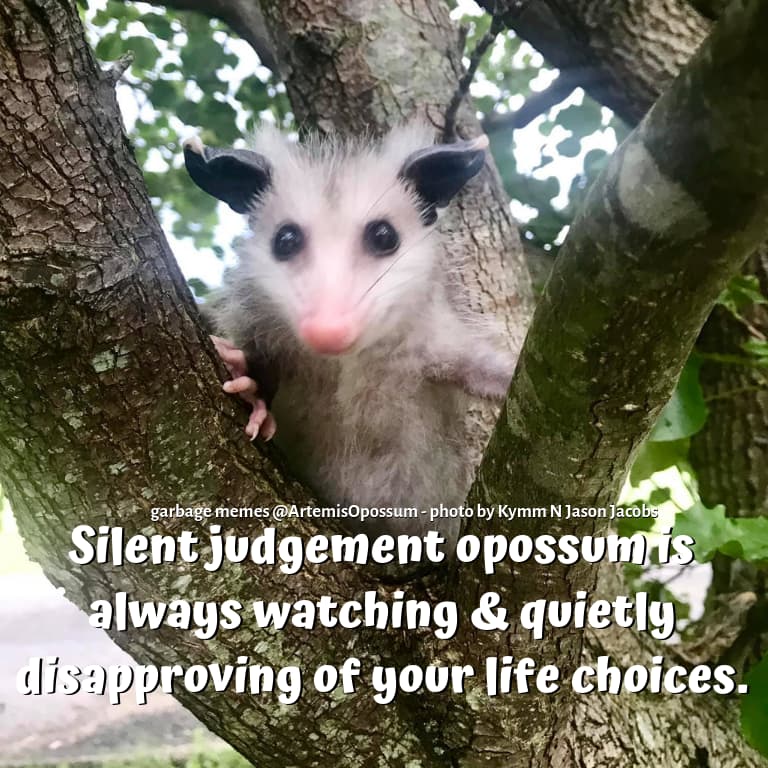 Sealing 'possum is watching you!

I wonder if she’s a George Jones fan. 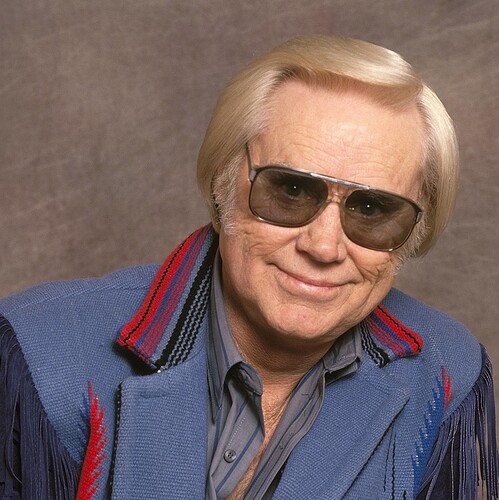 I’ve recently adopted a hardline stance on the feeding of wild animals. (Edited to add: I’ve always thought it was common sense not to, with very few exceptions such as rescue or displacement.)

I was “OK” with my neighbor feeding “feral” cats as she would trap them and take them to the shelter to be fixed, even though she wasn’t really feeding ferals anymore, just spoiling the neighbor cats including mine, as long as she brought the food in when raccoons were sighted.

Then, she decided that the best way to deal with them messing up her solar powered bird fountains was to buy them a kiddie pool, feed them to “test” it, and put video of the whole thing on facebook.

After seeing them only on occasion and low key suspecting them of tomato thievery, I was suddenly chasing them out of my yard every night for two weeks straight. After talking with another neighbor I found out he’d found a dead one in his yard about a month prior.

Feeding wild animals teaches them to rely on easy, human provided meals which may or may not be actually healthy for them and habituates them to not be wary of humans and associate houses with food, instead of foraging or hunting like they should.

I see possums as mostly harmless, but find raccoons to be sneaky mischievous bastards that will fuck your shit up if you let them. A sign at the cat food or fruit bowl that says, “Possums OK, No Raccoons” ain’t gonna work.

I cringe at the “oh so cute” videos of people letting them feed and play on their porches and harass their pets through the sliding glass door and try to sleep in their third floor balcony hammock.
These people don’t actually love animals, they love the idea of them.

There’s a place between beating them with a shovel and inviting them into your home.

“A fed animal is a dead animal.”