The land of my ancestors is kicking ass!

the shared experience of British forces showing up on their respective shores and fucking up their shit for centuries at a time.

Not to mention kidnapping, slavery, and evangelization of Native Americans in England, like Tisquantum (Squanto) and Pocahontas to name a couple of famous folks. Granted, Tisquantum was actually kidnapped by the Spanish before being sold on to the monks who educated him.

" As mentioned above, the British government had refused to accept the Haudenosaunee passports when the team attempted to travel to the England for a lacrosse tournament in 2010."

To be atypically fair to the Brits, the US authorities were saying “These are not legitimate passports with the Anti-Terrorist Seal of Approval, and if you let them into your country then we won’t let them back into the US afterwards,” while the Brits meekly followed along. Then the US authorities were all “No, no, these are nice people and we do (sort of) recognise their paperwork after all; ignore all the personal-identification hoops we’ve been expecting the world to jump through for the last umpteen years,” but the Brits failed to change course fast enough, so they’re the anti-sport culprits in the narrative.

Traditionally Haudenosaunee passports of traveling lacrosse players have been rejected because we fucking kick everyone’s butt at the sport (which we invented, btw).

Divided We Stand: The Haudenosaunee, Their Passport and Legal Implications of Their Recognition in Canada and the United States

The Iroquois Nationals’ commitment to traveling on their Haudenosaunee passport highlights the tension addressed by this comment. Tension arises when a tribal member enrolled in one country, is born, raised, and living in the other country, but still within the traditional homelands of the Haudenosaunee. In these circumstances, the tribal member is not recognized as “Indian” by the government of their birth country for purposes of legal benefits granted to members of federally recognized tribes. To maintain a vision of themselves as one people of one nation, team members, similar to the broad community of tribal members, cannot concede to the representation that some are simply American while others are Canadian. This concession subverts their tribal identity, their heritage, and national pride because it makes them separate and distinct, not only from non-Native Americans or non-Native Canadians, but from each other. For tribal members who do not live in a country that recognizes their Indian status, the mutually exclusive recognition of members of border tribes by the U.S. and Canada denies their legal standing to access benefits and services reserved for Natives in their home country,6 as well as subverts their right to cultural survival and identity.

I’ve been following the saga that started during COVID, where Native American tribes (the ones I know about are in the Southwest) were running out of basics and had to begin a GoFundMe to cover basic human needs, like masks and food. In remembrance of support that the Choctaw gave the Irish during the Great Famine, the Irish are returning the favor.

This kind of thing is really important, because as many white people may not be aware (I myself only learned this recently, and I am white), many of the First Nations were arbitrarily chopped in half by the US/Canada border that white people imposed on them. Families and friends suddenly couldn’t easily see each other and centuries-old trade networks were ruined because people now needed white-people passports to move across arbitrary lines on their own land.

Recognition of First Nations passports is a great step in the right direction to improving this situation.

It’s widely known here (Ireland) that Native Americans sent aid to Ireland during the potato famine in the mid 1800s. A lot of people here (myself included) are touched by that. 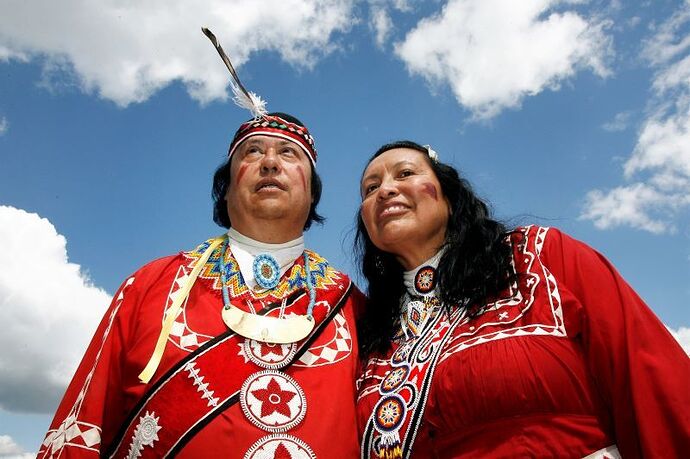 On March 23, 1847, the Native Americans of the Choctaw Nation donated $170 for Irish Famine relief, an incredible sum at the time worth in the tens of thousands of dollars today.