Exit polls are coming in, Irish Times poll has yes (repeal the awful 8th amendment of the constitution which gave us among the most anti-women laws on reproduction in the world) at 68% and no at 32%

Thank god for that. I was calm and confident all the way through until tonight when THE FEAR gripped me.
Why does it matter to an international audience?
1 because it’s a step forward for women’s rights. thus all human’s rights
2 because it’s good news in a world of endless bad news
3 because the yes side behaved with good faith and compassion, driven by love and empathy and didn’t engage in the bottom feeding tactics of the no side. AND WON! AND WON LIKE BOSSES!
4 because an extremist right wing/religious fundamentalist position was so disgusting to ordinary people in its operation that religious right wing people rejected it out of compassion and empathy
5 maybe because social media and advertising. Maybe. The social media movement of #homeforthevote of the many, many Irish people, mostly young our lost generation of the Long Recession returning to vote to make a better Ireland drew the likes, the hearts, and the tears. But the money manipulated movements were banned as foreign intervention in our electoral process…
thought that last one might be interesting to Americans.

Bravo, Ireland. It’s good to hear about a vote in the British Isles having a non-terrible result.

Only this one isn’t in the British Isles: it’s in Ireland!

We’re not British. Yes, geography is politics. The English Channel is La Manche.

The Brexiteers on the island of Ireland, in Northern Ireland, a separate state to Ireland, are vehemently opposed to bodily autonomy for women. And they hold the balance of power in the English parliament ruling Britain.

Only this one isn’t in the British Isles: it’s in Ireland!

Pardon me, “a vote in the Atlantic Archipelago”. I’ll stand by my enthusiasm for a non-awful result, even if it is separated from me by the Manx Sea.

Had I pardons to give you would have one! The important thing here is a less awful world for women (and thus everyone) rather than national niceties!

Good on the Gaels.

Things look bright for the Irish future, based on these demographics:

Was just reading Ali Smith’s Winter which I initially didn’t love as much as I loved her summer but I think that may be because the central character, a male blogger, isn’t really that important and two older sisters are really the core of the book: one a conservative Torygraph type and the other A GREENHAM COMMON PROTESTOR, Old people are not default conservative. The marriage equality referendum was carried by the elderly and thsi was overwhelming in 50-64. My mid 80s practicing catholic father made sure to bring the topic up with me so that I would know how he was voting " are they really saying that a child raped by a family member must be forced to carry a child to term?" What decent person could enforce that?

The trollish, egotistical, misogynistic absolutism of the no side won this for us more than age did.

Nice to see that even my “getting fitted for a belt onion” age group voted solidly in favor of putting an end to the bullshit.

But the money manipulated movements were banned as foreign intervention in our electoral process…
thought that last one might be interesting to Americans.

But the money manipulated movements were banned as foreign intervention in our electoral process…
thought that last one might be interesting to Americans.

Of particular relevance is where the money was coming from. 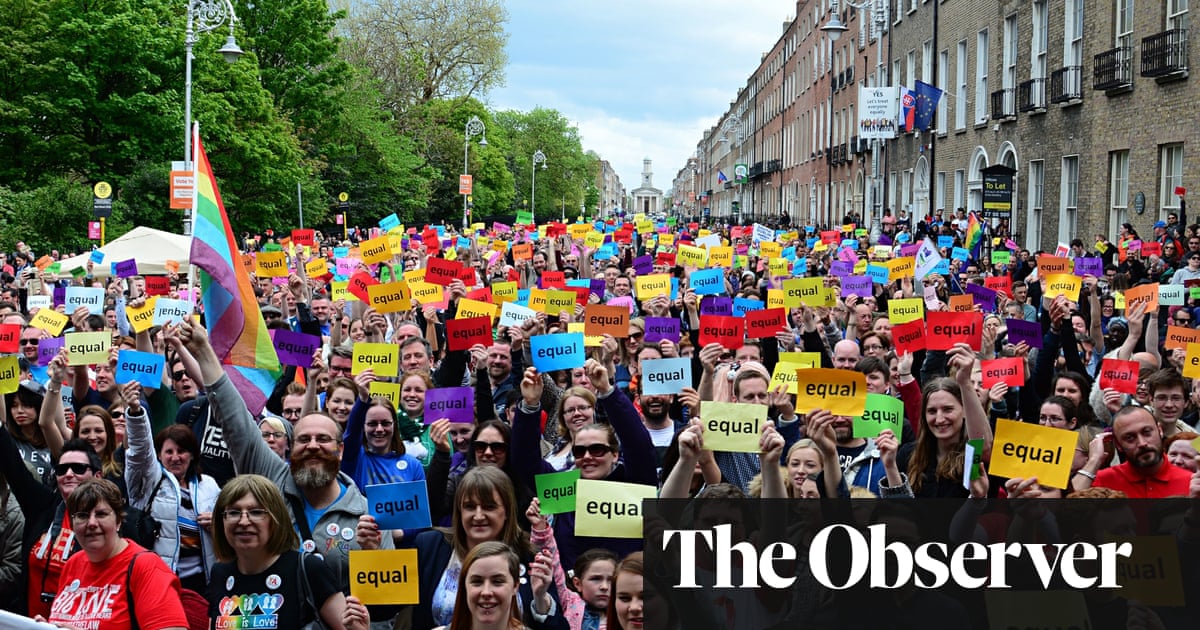 US Christians ‘bankrolling’ no campaign in Ireland’s gay marriage referendum

The Oz right traditionally draws upon US support as well, BTW.