I must be missing something. Can’t Scott/Cory just set up two Gmail accounts (scott-usa@gmail.com and scott-nl@gmail.com) and have one redirect to the other?

I understand the issue with Amazon purchases and Google Play movies, but surely the issue over banks and utility bills is surely just the same as if you’re moving into your own house for the first time? Up to the 1980s, in the UK, you’d have to go for an interview with a bank manager, get references from your boss, before they’d give you a bank account and a credit line.

But if your relatives are refugees in a distant camp, losing your phone number can mean losing your family (possibly forever).

If your family still have their phone, you could text them the number of your new phone.

@doctorow Having moved to the UK, I’m now running into the same issues - Three, Kindle, installing a UK bank mobile app (had to switch Google Play accounts). There’s also region locking in the Google Store which is rather annoying. Initially, I thought it was IP address based, but can confirm it’s tied to the account. Now when I need to purchase a US-based adapter, I need to switch to Account A, for UK-based, switch to Account B. I can’t imagine what refugees are going through.

Yes! This! All of it! I’ve managed to retain loose American regioning despite my country of residence (Italy for 9 years), but Google, Amazon, and Apple have no bloody clue how to deal with me. The proliferation of cloud services frequently makes things work as I’m erratically flipped from English to Italian in available content, meaning that the only practical way of obtaining content is … NVM.

Thanks for that work with the credit unions, BTW! Maybe mine will now have a clue that I use an Italian SIM in my iPhone. Doubt it, though.

Mostly I just stay parked firmly in the 20th century with the rest of my neighbors.

Umm, nothing in here that’s actually about sureveillance states themselves. It’s all about services. So the phrase “surveillance state” looks like linkbait. Perhaps it can be corrected?

You seem to be lumping together data protection, financial security and technological communication issues with the genuine need to prove residency and entitlement all under the ominous sounding ‘Surveillance State’.

I don’t think you’d be happy with the currently proposed solution to data protection and financial security.

Then again if you had the right friends to smooth your way you wouldn’t need to queue with the plebs. 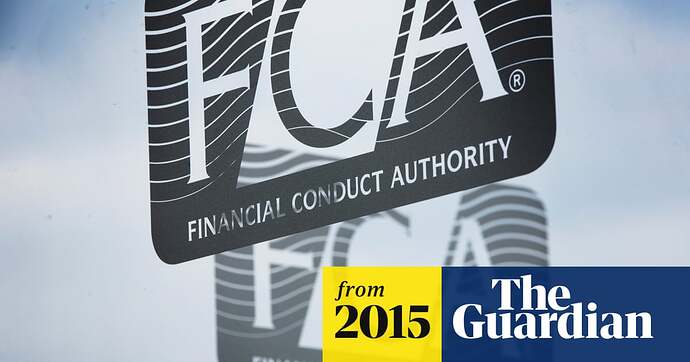 FCA penalty brings bank’s fines to £500m since 2009 after its wealth management arm ignored its own processes in sensitive £1.9bn deal

I’m UK national resident in Switzerland with a Swiss business, with property and a business in France and property in Italy with associated utilities, internets and phones. I’ve never had any particular problems other than with bank accounts.

Lesson 1: if you have a bank account in one country, never, ever close it, as a non-resident reopening is practically impossible these days although you get advised to go “offshore” which is surely counterproductive.

Lesson 2: Amazon and Apple and presumably others don’t actually check your address entirely so when I (invariably) want to shop for Kindle books or English language films I use my Swiss address and credit card on Amazon and Apple UK stores BUT with someone else’s UK postcode. That seems to baffle them.

I would say though that I am always irritated to be charged more to rent a film from a foreign (e.g.) Apple in original dubbing that costs more than the original film in its home country in the original language.

DRM shenanigans cause me more issues than surveillance…

Another troubling aspect of all this is the potential for fraud when operating your life remotely from overseas.

In this regard, it has always amazed me why a utility bill with an address is considered such a critical piece of the equation? Shortly after leaving the UK in the late '90s I was contacted by the metropolitan police regarding identity theft - someone had broken into my old apartment and stolen a gas bill, and used it to open an account in my name and then buy a car. I had to provide proof that I was not in the country when this transaction took place, and thankfully everything was resolved.

This is one reason I keep a UK bank account open with statements mailed to a UK address (thanks mom!). Despite not having used it in decades, it gives me a presence in the UK system, which I can use as a basis to build credit or other credibility if I ever go back.

“try convincing the British not to charge you tax on the income you paid tax on in California!”
At least the UK charging you tax is a mistake, the other way round is not.
As far as I know the US is the only country that thinks you should pay income tax on money you’ve earned abroad, even if you live abroad. Don’t like it? Renounce your US citizenship.

That’s all very well and good, but what happens if Amazon find out you’re not a UK resident and just delete all your kindle books? Recently I had to “prove” I was in the UK by (I kid you not!) faxing them a copy of my passport from a UK telephone number. Imagine if I really had been living abroad and didn’t know a single person in the UK with access to a fax machine.

So I’ve decided to use Kobo-books for preference from now on, since they don’t seem to give a fart where you live just so long as they get their money.

After moving to the UK getting a back account was difficult, especially when you don’t have utility bills because your living quarters are provided by your employer - with some banks and a letter from a employer it is possible, with other banks impossible.
For using ebay with my new UK Visa card I had to create a 2nd paypal account with a different email address.

And companies wonder why piracy is a thing.