New Zealand Parliament i having this discussion. As progressive as New Zealand is I like to think that banning conversion therapy is a done deal. Nevertheless, I submitted a letter to the parliament committee in charge of this discussion:

My name is YankInNewZealand and I am xx years old. I am very fortunate to have a loving and supportive family when I came out more than 30 years ago.

Subjecting a child to conversion therapy is the exact opposite of loving and supportive. It is abuse to subject a child to the notion that they are fundamentally flawed in the eyes of their parents, their community, and their god.

Any non-LGBTQ person does not have the right to define how an LGBTQ person can live their life, even a parent. Because that parent cannot to even begin to understand the pain felt by a queer person when the messages from conversion therapy are “you are flawed”, “you are broken”, “you are a sinner”.

I urge you to ban the cruel practice of conversion therapy from the shores of New Zealand.

This is great, but agree Israel still has a ways to go.

2,500 Christian ministers and pastoral staff signed a letter against a UK ban on conversion therapy, describing the practice as "merciful".

If the ultra-Orthodox fundies weren’t doing this already it was only a matter of time before they would have picked up the practise from their American Xtianist allies. I’m glad the Israeli government got on it.

The new law calls for prison time for anyone who performs conversion therapy on children under 18 or who performs a practice that "causes serious harm to the individual" — regardless of their age.

In case anyone is curious where the US is on this issue:

Israel still has a ways to go

You can certainly say that again. They’re admirably progressive for an apartheid state though.

Wow, that’s a much better map than I anticipated. I wish I could see what the timeline of states banning it has looked like and if it’s a groundswell or just kind of splashed up on the shores of bigotry.

Anyways, this books deals specifically with this issue…

Wow, that’s a much better map than I anticipated.

I think I’m most surprised that Utah bans conversion therapy for minors and that Texas isn’t actively fighting to allow it.

At first glance I assumed that the ones in orange meant there was state sponsorship for conversion therapy. Probably just a matter of time.

That looks like a really interesting book, thanks for the link

Quite tempted to pick that up, even if my work mostly exhausts my non-fiction reading ability.

Schulman is a great writer and the book is not too long.

even if my work mostly exhausts my non-fiction reading ability.

Most of what Texas state government likes to do now is sue the U.S. Federal government. Like, all the fucking time, every day. AFAICT.

Our current governor said this:

Greg Abbott: 'I go into the office, I sue the federal government'

Texas Attorney General Greg Abbott is campaigning for governor on his record of fighting the White House. So what does his record show?

Our current state AG did this, this week: 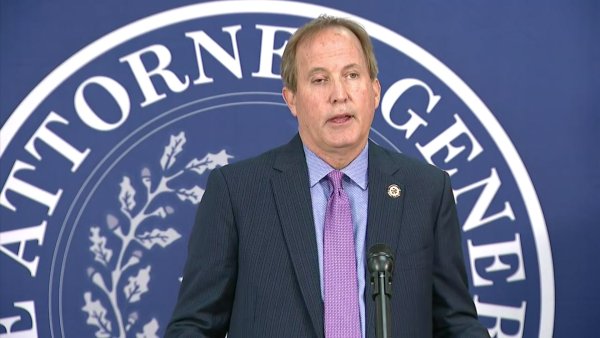 Texas Attorney General Ken Paxton has announced that he is suing the Biden Administration for issuing mask mandates for airlines and airports.

Austin (the state capitol) has long been a sanctuary city for various folks trying to escape or avoid stupidity in Texas [and elsewhere]. Anyone with a lick of sense will come here for safe haven and emergency resources, which we have in abundance for LBGTQIA+ folks.

Austin City Council voted Thursday to prohibit the use of city funds in support of businesses connected to LGBTQ conversion therapy. Conversion therapy aims to change someone’s sexual orientation or gender identity through psychological or spiritual...

As the Biden administration works to expand federal nondiscrimination protections for LGBTQ people, Texas advocates and lawmakers are pushing for similar legislation here.

Kudos for at least this one step in a positive direction for Israel. Plenty of room for more good choices there.

Most of what Texas state government likes to do now is sue the U.S. Federal government.

Yeah, I didn’t mean that as a dig Texas, more that joining Florida, Alabama, and Georgia in pursuing injunctions against enforcement of ant-conversion therapy laws would be very on-brand for Abbott and Paxton. But maybe Paxton is too busy trying to stay out of jail? Or maybe Abbott can’t convince the state senate to let some straw man legislation slip through so he’ll have something to litigate against?

Texas has issues. Lots of issues. Criticizing Texas (especially with facts to cite) is one way to dismantle its mythic status of us having all this super-double-extra-freedom that I keep getting told we have here.

I have long wondered just how much The Lone Star State has spent on suing the U.S. government. It adds up, those legal bills.

Texas vs. the Feds — A Look at the Lawsuits

Since President Obama took office in 2009, the state of Texas has sued his administration at least 48 times. Here's a look at each of those cases.

The Texas attorney general's office has filed 24 lawsuits against the federal government since President Barack Obama took office — litigation that has cost the state $2.58 million and more than 14,113 hours working those cases.

Since President Obama took office in 2008, Texas has spent more than $5 million suing the federal government under his administration.

Analysis: Texas and the U.S., lawyered up and ready to go to court

Ken Paxton is definitely busy trying to stay out of jail.
And yeah, he ain’t the only one.

Austin’s still working the problem, and being a safe harbor and an aggregator of weird (a phrase now stolen, trademarked and repurposed by sleazy capitalists).

Yeah it’d be on-brand for those two bozos to do but it’s still early in the election cycle yet so keep a lookout for that foolery to pop up in the even of a close primary or a close race in November.

"Red meat" is rhetoric on an issue used to inflame supporters. It is often associated with populist ideas and campaigns. The phrase was first seen in 1911 in the movie industry, describing movies that were