It turns out that Snow, The white reggae artist from the 90s, actually had street cred

Originally published at: It turns out that Snow, The white reggae artist from the 90s, actually had street cred | Boing Boing

Well, as it turns out, Snow was actually a criminal with two attempted murder charges under his belt.

I think we’re a long way past the point where this kind of sociopathic behaviour is the main definition of Black “street cred”. I see a lot of hip hop and reggae artists these days who seem more interested in making positive and constructive contributions to their communities and streets.

I thought this was well-known at the time, the song was about getting “informed on” by a junkie the police would harass for names, and one time he gave them Snow’s name. So he got charged with a bogus murder rap.

The thing about street cred though, is that even if it’s real there’s no reason for it to extend beyond your actual street. He had street cred on his own street but to the world at large he was a white rapper who came out of nowhere and had a huge hit, making people suspicious of him being a fake or an industry creation.

Todd in the Shadows does a good break down of the song and performer. 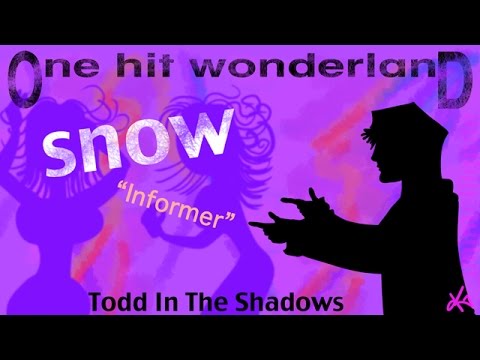 I think the thing that really comes out from reading his background is that he developed his sound by collaborating with his neighbors. He didn’t just hear reggae on the radio and cop it; he was writing and performing reggae alongside Jamaican communities. It wasn’t a put on to fit any wider trend. Dude genuinely knows and participates in the community.

And I say that as someone who has actually lived in the Caribbean.

Dude genuinely knows and participates in the community.

That does not make his appropriation any more acceptable.