What? David Cameron’s career was legendary?! I’m certain that I have seen some of his films and have discussed them with other people? Am I delusional?

one slot has to be reserved for James Cameron.

Then surely Jules White gets a spot. 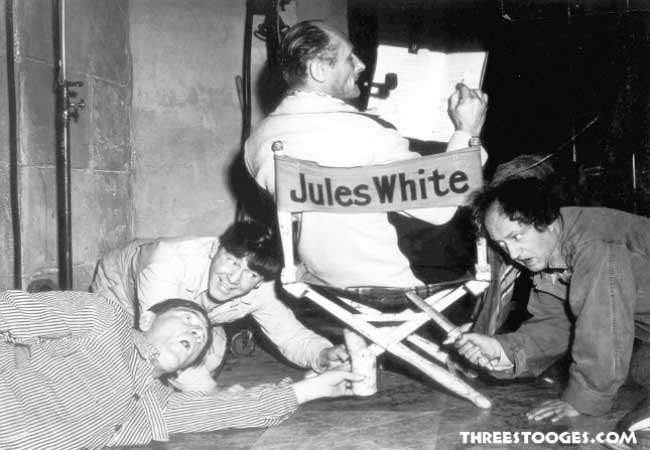 Terminator (1) was good. He didn’t completely ruin Alien with his Aliens. But Titanic and Avatar were just embarrassing.

He’s too in love with the technology of film making at the expense of storytelling and other textures.
When he announced sequels to Avatar all he could talk about was new cameras and motion capture advancements… no where did he suggest a desire to improve the scripts as well.

His contribution/obsession with deep diving and lighting technology is certainly impressive though, full props there.

Well when talking about Avatar he offhandedly mentioned spending years trying to get a Battle Angel script that he was happy with (and he didn’t actually direct, so maybe he wasn’t that happy with the end product after all).

He’s directed 7 feature films, 5 were massive hits that everyone still remembers today and of the other two one was still a box office hit and the other (The Abyss) is apparently an awesome film that the studio ruined with cuts.

And he was a screenwriter on all of them.

As a director and screenwriter he seems massively underappreciated.

Eight. When will Piranha II: The Spawning get its due?

Abyss is one of my favourite films; I even went to see the second theatrical release, which was, I feel, better than the original. A great cast, great setting and some really intense set pieces. It isn’t my favourite, favourite film; that is Aliens

When his obsession leads to “incredibly difficult, no one else could get a studio to go along with it” practical effects shots I think there is no one that comes even close to achieving what he has.

I think the best thing about The Abyss is that it doesn’t feel like a science fiction film where stuff is made up, like warp speed or laser swords. It feels like it’s real. They’re really at the bottom of the ocean, in stuff that could exist right now (and even when the movie was being filmed!), really dealing with a human problem (paranoia), really dealing with nature (the storm; how to save a drowning human; the cold of deep sea), etc. Of course there are the NTI’s, but even then, the bottom of the ocean is WEIRD.

I actually found it extremely hard to believe that the movie is from 1989. What? No way, it had to be the end of the 90s!

Cameron finally got around to completing a 4K restoration last year. It was originally due to be released late this year, but the latest estimation signals next year. We’ll see.

that the studio ruined with cuts

Titanic and Avatar were just embarrassing.

Whatever you think of Cameron’s films and career you have to admit he has an impressive track record of making films that attract huge audiences to movie theaters.

Time will soon tell if that trend will hold for the Avatar franchise. I am skeptical that there is as much popular interest in sequels as Cameron seems to think there is but then again I never would have predicted that the recent re-release of the first movie would sell so many tickets either.

Wait, do what now? I realize they may not be some peoples’ cup of tea, but they were both hardly embarrassing. Especially Titanic, which had a solid story, amazing detail to accuracy, and ground breaking effects.

Ok. The PR machine has reminded me that James Cameron exists, and that Avatar is also a movie that exists. News cycle…complete?

did you remember he likes to shoot underwater