The most interesting thing about the DC movies is how diverse they are compared to Marvel’s. (And that seems to have worked for them pretty well financially, too, with some of their hits coming from outside the main continuity.) Sounds like this is intended to move things towards the Marvel model, and I’m not sure why they’d want to. I suppose the current model is more hit-and-miss, whereas by tying everything together like Marvel means the audience from one movie gets funneled into the others. Maybe I’m mis-reading and they’re not talking about a shared universe, though.

I’m not sure about the “there won’t be four Batmans” because in between the various movies and announced tv shows, it seems like there’s more than that, especially if you count pre-Batman Bruce Wayne characters in some of the shows/movies. So what is he actually saying here? Affleck is going to be gone? Keaton won’t show up in anything, after all?

The wild part is that the DC Animated Universe crushed the “shared superhero universe” game on TV for about 15 years straight while Marvel’s animated offerings during that period were mostly meh.

DCU failed because they tried to make Justice League (aka DC Avengers) without any preamble. And the vast majority of people can pick out Superman, Batman, and probably Wonder Woman (if nothing else due to Lynda Carter), the rest of the crew is a bunch of nobodies to non-comic readers.

Marvel’s Avengers were always a B to C-level group with the current marquee hero joining in. Remember - Iron Man was at best C level before the movies…they literally couldn’t sell him off to anyone.

DC’s finding much greater success in their vaguer properties, exactly like Marvel did. Next to no one knew who Guardians of the Galaxy were, and they only changed to that configuration shortly before the movie. For DC, that’s Shazam - outside of Kingdom Come, he never has main player screen time. Black Adam’s even more obscure. Green Lantern only isn’t because of the horrible movie.

I bet they’d have had more success if they just did a live action of Superfriends rather than that BvS thing.

If Gunn can convince them to walk, they might have a chance. Marvel has really saturated the market and I’m not sure if there’s space in there for 2 - in comics there barely is - but just trying to push their way into first place is stupid.

For DC, that’s Shazam - outside of Kingdom Come, he never has main player screen time.

WB was itself the problem the whole time. They were more concerned with owning the publishing than actually publishing anything good. Wasn’t the dream when these movies started getting greenlit that the there are so many ‘great’ comic stories in existence? So where are all the adaptations? Oh we’d have to pay someone for the rights to the interesting stories they wrote, so nvm, we can do it better than people who built their entire careers on writing for these characters.

Crisis On Infinite Earths should be what they are making, the most famous DC book of all time. When’s that coming out? I have yet to hear it even suggested.

Crisis On Infinite Earths should be what they are making,

Of course that whole story arc was really just a desperate attempt to deal with decades’ worth of confusing continuity issues, so maybe more of something to keep around as a Hail-Mary rather than the kind of plot device you’d want to lead with.

We need a Keith Giffen Justice League. It was MCU before MCU.

Justice League International (JLI) is a fictional DC comics superhero team that succeeded the original Justice League from the late 1980s to the early 2000s. The team enjoyed several comic books runs, the first being written by Keith Giffen and J. M. DeMatteis, with art by Kevin Maguire, created in 1987. Due to editorial conflicts, the team's new makeup was based largely on newer characters, such as Booster Gold, and recent acquisitions from other comic book companies, such as The Blue Beetle. In...

Crisis On Infinite Earths should be what they are making, the most famous DC book of all time

It’s been done, on TV, and was predictably nonsensical and anticlimactic

COIE happened as a way to solve a problem for a particular comic-book company at a particular time in its history—it wasn’t supposed to be a model for how to write a good story, or anything that would have to be adapted into other media

The point was to stop all the multiverse bullshit, not perpetuate it over and over again

I’d be happy to see a good, fun “Blue & Gold” movie; but the rest of JLI could be fun too. Maybe WB could even make a deal with Oreo’s so that the Martin Manhunter can have his favourite snack.

I did watch this when I was a kid and it lives rent free in my head to this day. 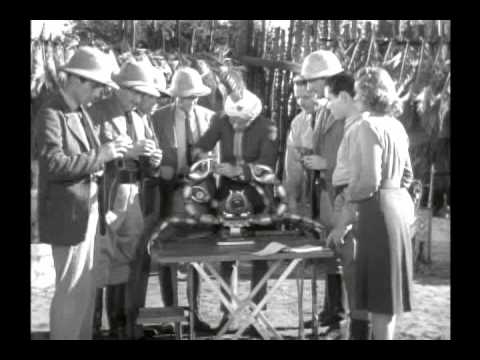 Crisis On Infinite Earths should be what they are making, the most famous DC book of all time.

That would be confusing as hell for newcomers. And most famous, really?

The CW shows were fun too, although stuff like the “another speedster!” rut the Arrowverse fell into was tedious.

And yeah, their COIE event was muddled but it did pull in all the different shows (incl. Doom Patrol!!) and established a coherent-ish universe.

And therein is my concern. There has been a lott of fun world-building and solid casting but all of that probs will be undone as Gunn moves forward. Grant Gustin is a delight. Ezra Miller, not so much. So much time was spent fleshing out lesser known characters and making us care about their stories but I have no doubt WB will continue with that same tabula rasa approach during their 10 year plan.

Tl:dr Caity Lotz and her buds will not be invited to play in the new DC-verse and that makes me sad.

Spoiler alert: everything will be set on Bizarro Earth.

Aquaman is also very recognizable, though mostly as a punchline. Based on Peacemaker Gunn seems to have a handle on the character’s primary character traits, as known by the general public