What would make DCU work better than MCU would be to be smarter about the TV <–> MOVIE connection. At this point, I’m not sure I can enjoy a Marvel movie without half a day of TV shows to catch up.

If DCU is clever, they can use their TV presence to instead tell side stories. DC’s multiverse is packed with good ones if the main one doesn’t provide enough. Here, I’ll even give an example!

In the main DC universe, after a battle that saw Krypton return, at the end of the main crossover stuff, an old lady slaps Superman. This led to a year-long event in the Superman books called “Grounded” where he literally walked across the US. The idea was that he was too disconnected from the people who he tries to protect and needed to work on that. In the main JLA book of the time, he was normal but his own book had this year long, pretty deep story. At the end he becomes more sure of himself and all is good, but if you never read this story, you can still enjoy him just fine in the main team books. There were a few Easter egg call outs, but otherwise it was self contained.

All of the main DC/Marvel heroes have this, but Marvel, who wrote an epic 30-part novel that concluded with Endgame, decided that now they would force people to watch part of the next epic story on TV and it’s not going as well. The Spider-Man movies are the exception and should be taken as the rule (yes, I know Sony, blah blah). Did Vulture factor into Civil War? Doc Ock maybe? I mean, he was developing a power source that rivaled Tony’s arc tech. No? Because as I learned long ago, ya gotta keep em separated .

I would happily binge an All-Star Superman series (it’s literally written in episodic form) or even the Batman/Catwoman romance/wedding that filled the batbooks a year or two ago. Flash could have the Rogue War and WW has just so many since she’s typically on the mystic angle of everything which is distinctly against Supes/Bats modus operandi.

I really enjoyed the CW shows and don’t understand why Warner cancelled them all? Superman and Louis has been solid. I look forward to seeing what comes next. 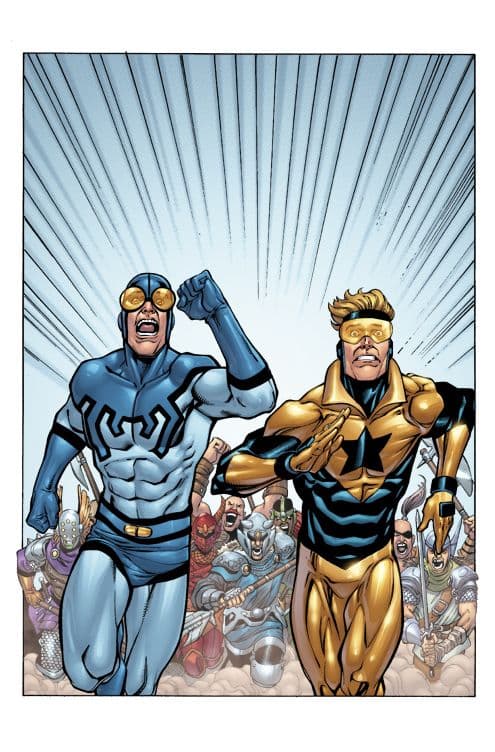 DC’s “Hawk & Dove” would seem appropriate for these tempestuous times. I’d prefer live action. If they’d come out with “Kamandi” as an animated series that would be a definite thumb in the MCU’s eye.

Superman and Louis has been solid

Louis Lane, the reboot I hadn’t heard about yet