I disagree on that. The show is full of great characters and enjoyably stupid storylines. Seinfeld’s own character is probably my least favourite of them, definitely the least funny one.

As for the writing, I don’t really know who did what exactly, but I suspect that a lot of credit for that goes to Larry David.

Honestly, I don’t understand why a stranger would expect anyone to hug them. I think Jerry reacted exactly right.

He very politely and firmly said No.

IMO, they both acted and reacted the right way, not by asking for a hug or declining, but by being mutually respectful. She asked, and he said no thank you. She appeared disappointed, but nonetheless respected his boundaries. Though the interaction was awkward, I see two civil adults respecting each others’ choices, and I see nothing wrong with that. Different people have different boundaries. You and I, like Seinfeld, would decline a hug from a stranger. But not everyone would. No one is more right than anyone else, they’re just right for themselves.

God damn it i miss Seinfeld.

I would totally hug it out with a stranger if given the chance. I don’t care. In Venezuela it’s pretty common to kiss people’s cheek’s when meeting them or saying bye, obviously not a thing here in the US but in comparison a hug is nothing to me. However i never initiate a hug with people i don’t know or that i haven’t even had a conversation with. I leave that for the end of the conversation and gauge what type of person they are before attempting to do so.

they both acted and reacted the right way

Until Kesha repeats her request, thus forcing it to be uncomfortable.

And then tried a third time. That was way too much.

Until Kesha repeats her request, thus forcing it to be uncomfortable.

The asking wasn’t much of an issue. But one needs to gauge the other person, i would never think that Seinfeld would be the kind of person to go around giving people hugs.

On the flipside, i met Amanda Palmer and she’s very approachable and lovely. I think she’d expect and want a hug. I can’t remember if i did give her one, it’s all a blur… i do recall almost crying, which almost made her cry :B

Could have been handled worse:

You don’t know who Ke$ha is? Let’s see… Imagine if Ziggy Azalea had less talent and deodorant. Got it?

What do you mean by “worse”? That’s the proper way to do it. According to the cotillion I attended. Once. 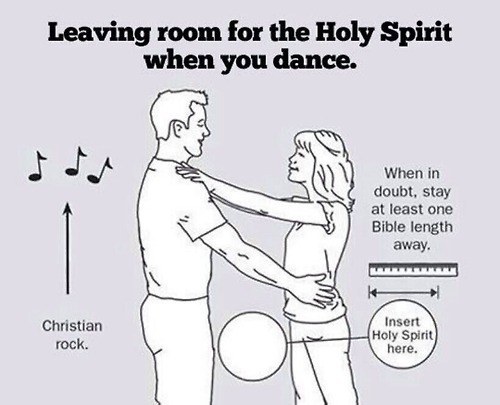 Someone has a high opinion of his… Bible.

The Lipsi is a dance created in East Germany as a communist alternative to Western rock and roll-influenced dancing. Specifically, the group dancing was seen as more sexual than partner dance, where the female follows the male's lead.

As you can clearly see, rock’n’roll never had a chance, and consequently faded into a dim memory, never to be heard of again:

I believe it is ok to ask anyone for a hug ONCE, in whatever you think is an appropriate manner. It is the job of the person requests to then respond politely, and that of the asker to respect the answer.

I don’t disagree. I’m just saying, she took no for an answer. That’s more important than whether she asked once or twice.