From the bestselling author of So You’ve Been Publicly Shamed, Them, and The Psycopath Test

It’s free if you have Amazon Prime.

If you don’t have Amazon Prime it’s not free.

It’s not “free” in any case, even with Amazon Prime or Unlimited, it’s included as part of a monthly subscription.

Good to know I can get it for no additional charge, though.

Also, Them: Adventures with Extremists, which included an adventure with Alex Jones.

That was one of the best bits—the two snuck into Bohemian Grove together, saw all the same stuff and left with diametrically opposite impressions of what they’d just experienced. Ronson saw a bunch of privileged rich dudes putting work aside for a week and having a good time drinking and relaxing with some lighthearted ceremony akin to a summer camp. His big takeaway was more or less “ahh… a guy could get used to this.” Jones saw exactly the same thing and was horrified by the horrible global conspiracies everyone was talking about if you knew how to read in between the lines!!!

It’s not free, it’s included as part of the package of a colossal burden of responsibility for all the suffering of the world. Whatever, I bought it immediately.

Already got my copy. Pretty sure I’m the Wrong Kind Of Lizard, tho.

If he can get me to feel good about a suburban US Muslim extremist and his family, maybe he can make me feel the same about Trump supporters.

If you’re an omniscient deity, you’ve already read it.

If you’re an omniscient deity, you already read it.

So what I’m taking away from this is that if you’re an omniscient deity, Amazon Prime probably isn’t worth the money.

You owe me a coke!

Just read it last night. One thing I was surprised to learn is that Glenn Beck now regrets that he spent the last decade or so doing his “polarize and radicalize the American public” thing, but now that he’s trying to reverse course nobody on the right wants anything to do with him anymore.

ETA: Ronson recaps the Bohemian Grove adventure in this single so you don’t have to read his previous book to get that story. For reasons I’m not at liberty to discuss I am confident that Ronson’s version of what they saw there is much more accurate than Jones’. 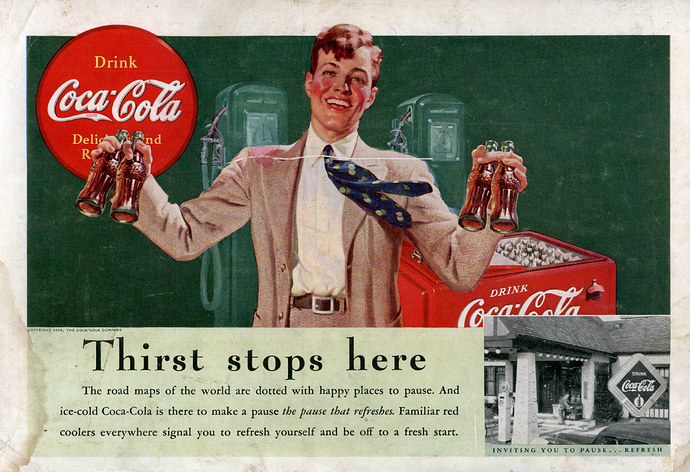 If you’re an omniscient deity, you’ve already read it.

If you’re an omniscient deity, you already read it.

That’s one of the things I like about Mark Thomas, if he finds someone who he disagrees with likeable he will make it clear to his audience/readers.

Likewise, if someone who he otherwise agrees with is racist/sexist/homophobic/a Saddam Hussein apologist he will also mention it.

He has said that the only person who he found to have nothing likeable about them was Nicholas Soames (who is one of Winston Churchill’s grandsons).