Jordan Peterson explains Antifa to no-one's satisfaction, least of all his

If he’s crying about the godless Antifa, he’s even more nucking futs than I thought.

I believe this is the case. I grew up apocalyptic, zionistic evangelical and have seen grown-ass men act like this my entire life. This kind of dipshit truly believes that they are waging eternal war against the forces of satan and that “groups” like Antifa (scare quotes because we all know it’s a decentralized movement and not an organization) are a direct threat to their godhead.

That alone doesn’t explain the weeping, though. That is toxic masculinity. I have known hundreds of grown men who have no capacity for expressing emotion, who can’t even utter the words “I love you”, and spend their entire lives reeling from the emotions they refuse to acknowledge. But good lord, get them in front of a congregation or wait for the altar call at the end of the service and it’s all weeping and gnashing of teeth. They are so emotionally crippled and burdened with their inability to access their emotions that they have to hang it all on their god and frame themselves as some sort of veteran of a holy war with ptsd when, in reality they’re just adults who never developed past their juvenile emotional stage. 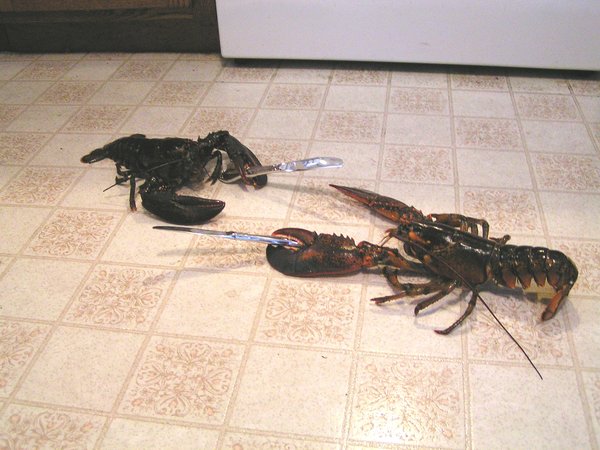 grew up with fuckers like this too and god don’t I hate to see it.

On one hand, he probably saves a lot of money on toilet paper. On the other hand, his colon probably backed up like inner city traffic and is likely riddled with polyps.

Lobsters didn’t ask for Jordan Peterson to be their advocate.

Yes, that too. Faith is impeccable and pure, but becomes toxic the moment it leaves the individual. That’s a big reason so much of religion is predicated on manipulation and why so many religious leaders are sociopaths. Just like in politics, it rewards the adept.

Around here, when a professor loses their marbles, we call it “going emeritus”.

Ever since I heard him arguing with Sam Harris about the nature of “truth”, I knew this guy was absurd. If he cannot hold it together and do what the rightwingers love so much about him - and sit there stone-faced while trolling others, he’ll lose his appeal to most of them, as well.

Jordon Peterson is the crank who really bought into his own bullshit isn’t he? It’s just wild to see someone like this cry about an imagined villain that really doesn’t exist in any capacity.

Why does ANYONE pay attention to that nutcase?

I have yet to hear the man speak, and I’m not about to start now. Just reading his words in print is enough for me to judge he has nothing of value to offer me or the world in terms of enlightened thinking.

There is no God, Jordan. I cast thee out. Now excuse me, I was just watching a Voyager episode while trying to get some reports done (very mindless reports, mind you, quite easy to do without having to think too hard).

Peterson then breaks into tears.

Antifa? Here’s the tldr on Antifa. Antifa were actually off-duty cops and other violent Trumpsters hired by Republicans to perform as straw men at BLM and related demonstrations. Their marching orders were to turn peaceful protest into riots. Proof? Many peaceful protesters were attacked and arrested by police but they left the “Antifa” gangs alone. Straight from Adolf Hitler’s playbook (to discredit his Socialist opposition he called the Nazi party the “National Socialist German Workers’ Party”) Tr*mpublicans & their cabal of right wing media puppets named their own brown-shirts after a legitimate group who defended peaceful protesters against state-sanctioned thuggery.

Antifa were actually off-duty cops and other violent Trumpsters hired by Republicans to perform as straw men at BLM and related demonstrations.

I feel like it’s past time people were describing Andy Ngo as a “right-wing provocateur” and just called him what he is: a Nazi motherfucker.

Youtube keeps recommending his channel to me for some reason, even after I’ve said “don’t recommend this channel” multiple times. I have zero interest in listening to his garbage.

Sadly, he bears a strong physical resemblance to my father.

I don’t know if it’s just me, but I think he talks a lot like a self-help guru or perhaps an evangelical preacher instead of a scholar.

If you’re going to explain why antifa is bad then you should back up and explain why fascism is good.

And typically the people who think fascism is good only think so when they are the ones who get to be in control. So it’s the ultimate selfish masturbatory political belief.