You are correct in that the judge is an a$$wipe, however, every time I see the words “serial rapist” I have to wonder which in the long line of judges decided to set this wanker loose in the first, second, third, or whatever time. 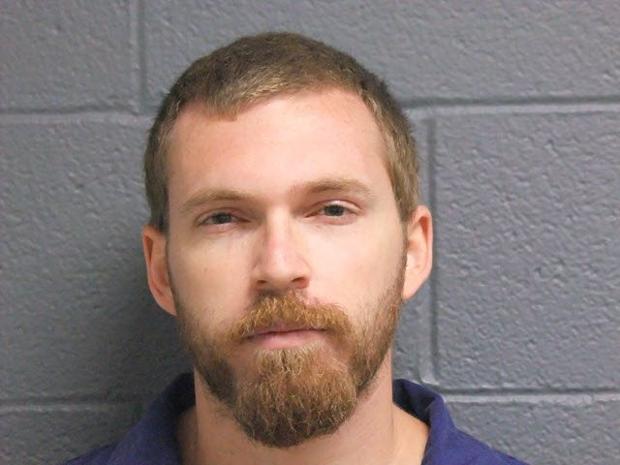 County denies joint custody of victim's child was given to rapist

Instead, parenting time and visitation rights are in contention, officials state.

This case makes less sense the more that comes out. It appears it was some kind of MRA prosecutor who added the parental visitation rights to the order himself when he was not obligated to and the victim requested he refrained from doing so.

Even stranger is that his prosecutor in question - James V. Young - is running for re-election based on how involved he is helping children who are the victims of sexual and physical abuse. 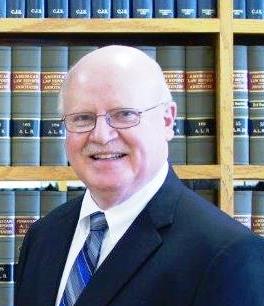 (SANILAC COUNTY) — Sanilac County Prosecutor James V. Young has announced that he will seek re-election for the Office of Prosecuting Attorney. Young, a Republican, will appear on the August 2, 2016 Republican Primary ballot. During his

“Judge orders family’s lives upturned so that a child will be made available to a child-rapist,” in other words. I’d rather he order a bank to relocate next to a bank robber so he’d have more easy access to the money…

That may be even more fucked-up, as the judge, etc., involved may know damn-well what an evil ruling this is, but are more concerned with the “proper” use of public money than people’s lives…

It would be easier to criticise the oversimplification that boils a complex issue down to identity politics and a single narrative. There are parents who are unjustly alienated, and there are parents who should be alienated for the safety of the children and the other parent. I’ve left both ungendered, because both can be true of fathers and mothers. There are child rape victims who are forced to pay child support to their rapists, and there are mothers who are alienated from their children. Interpreting individual cases as if we already knew the answer (as the prosecutor seems to have done in this case, and as many alienated fathers have experienced), or generalising based on extreme cases like this one, causes serious harm. This guy didn’t even want a relationship with his children, but he was pushed into some crusade for fathers (as if they were all the same). Many responses to this act like fathers should not have parental rights, as if they were all the same.

On the whole, shared custody is beneficial to children, and does not increase the risk of abuse. In fact, the opposite is true – a disproportionate amount of child abuse comes from single mothers. This is not changed by the fact that there are times when shared custody is definitely not a good thing – this is one of those issues where sexist generalisations (as in this case, or as organisations like NOW tend to give) can be extremely harmful.

In Sanilac County, chances are mighty good that the judge’s only house is a “lake house.” The county is north of Port Huron on Lake Huron.

@emo_pinata: Michigan is where MRAs go to die. Seriously, the open misogyny has decreased the longer I’ve lived here as these old shitbags die out.

@jsroberts: I don’t think anyone is seriously arguing that fathers should have fewer parental rights than mothers in this thread. A case where a court is attempting to provide a child-rapist easy access to a child is maybe not the the best thread to ride this particular hobby horse into.

There are a lot of straw MRAs in this thread, so I wanted to suggest an interpretation that wasn’t minimising the harm of this specific case, but also not allowing it to be overgeneralised. Supporting shared parenthood as the norm and supporting it for rapists are very different things.

See, this is why electing everything is bad: from Arapio to Moore to this fucking asshole, the shit rises to the top.

Canada gets it right; in Canada, only studied practitioners of the law become judge, usually after serving years as both crown prosecutor and defense. And when a judge steps out of line, they get stepped on hard.

You are correct about elected judges but the US has been gerrymandered so that most appointments would be of one party. And who determines what is out of line and does the stepping? I’m gonna have to look up how judges are “appointed” in Canada. You guys have pretty much gone over to the conservative side until recently Does seem like there’s be no Jim Crow type laws in Canada since there was no slavery and may be less remnants of bad laws based on religious patriarchy. But yea this judge needs to go to trial on this.

In a case like this, in my mind, there is only one resolution. Cut off the offending member so it can’t be used again.

I don’t mind that you think that. Please do mention this when in the Jury Pool. Such prejudice is unjust, but often justified.

We don’t have elected judges in my corner of paradise. But what does MA know about a long healthy life in a free country?

The order has been stayed, which is a minor bright spot even though it should never have happened in the first place. Hallelujah This afternoon, Sanilac Probate Judge Gregory S. Ross, the man who awarded joint custody to a serial child rapist with the woman he raped when she was 12 years old, reversed his decision and stayed his order and ordered a new hearing next...

I’m gonna have to look up how judges are “appointed” in Canada.

In Canada judges are straight-up appointed by the government with very few rules (e.g., 10 years experience as lawyer) and no checks/balances. The government pretty much universally takes the recommendations given to them by bureaucrats. The result of this is a highly respected Supreme Court that is looked to by many nations for human rights rulings.

I don’t think it’s really about having an excellent process. The only thing that protects democracy from going down the toilet is not voting for people who will ruin the nation for their own ambitions. Politicizing courts is one way that US politicians have done that.

Yeah, according to this article , the prosecutor’s office misrepresented the case to the judge. But doesn’t the judge have a responsibility to confirm the facts instead of rubber stamping everything a prosecutor puts in front of him?

Yeah, if a single mom applies for public assistance, they are required to help the Departmebt of Health and Human Services find the father so the state can attempt to collect child support. It doesn’t matter if the father was abusive or you haven’t heard from him in 15 years-- if you don’t want your kid to starve, you have to satisfy them that you are cooperating to find him. They required DNA testing in this case. There’s always really intrusive questions about where you met him and how many times you had sex and where his grandmother lives. If you don’t feel safe playing private eye to track down a violent man, or if you just don’t know, your kid doesn’t get their benefits.

But doesn’t the judge have a responsibility to confirm the facts instead of rubber stamping everything a prosecutor puts in front of him?

In short, no. At least not in common law legal systems like the US.

The judge’s role is to decide based on the information and arguments presented by the parties.

It is the duty of the attorneys to make sure that their filings are accurate.

In this case the prosecutor’s office appear to have decided to apply for all sorts of things they were not required or empowered to and claimed that the application was by consent.

Unless they can produce some document showing that the mother agreed to them doing all of that (and I wouldn’t be surprised if they did make her tick something to say she agreed or no benefits for you), the blame here lies squarely with the prosecutor’s office.

The judge’s role is to decide based on the information and arguments presented by the parties.

It is the duty of the attorneys to make sure that their filings are accurate.

In this case the prosecutor’s office appear to have decided to apply for all sorts of things they were not required or empowered to and claimed that the application was by consent.

Yeah, I certainly jumped the gun in thinking the judge ought to be removed from the bench. I mean, I still object very strongly to the order that she relocate, regardless of what facts the judge knew. But judges do have to rule on the information they are given. I think a judge would be a little more inquisitive towards a private party, but assume they can trust the prosecutor to give them relevant information.

I think that this judge, and many other judges who don’t want to end up going viral for the same reason, are going to start questioning more. It looks like the prosecutor’s office broke the trust that should have existed between them and the judiciary, and there’s going to be fallout.

It looks like the prosecutor’s office broke the trust that should have existed between them and the judiciary, and there’s going to be fallout.

I certainly hope so.

I wish that were so. More a lack of activity where the plantation model made economic sense. 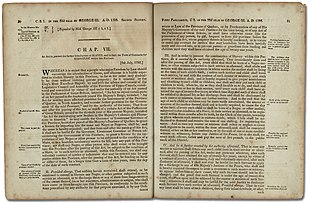 Slavery in Canada includes both that practised by First Nations from earliest times and that under European colonization before the Dominion of Canada’s creation in 1867. Britain banned the institution of slavery in present-day Canada (and British colonies) in 1833, though the practice of slavery in Canada had effectively ended already early in the 19th century through case law, due to court decisions resulting from litigation on behalf of enslaved people seeking manumission. The courts, to var...

(That article needs a comb-out. Someone seems to be trying too hard on Aboriginal slavery.)

Thanks for the info. Sometimes an adversarial system really sucks for the weak. And it’s really hard to hold prosecutors accountable because your average voter has no idea who they are.