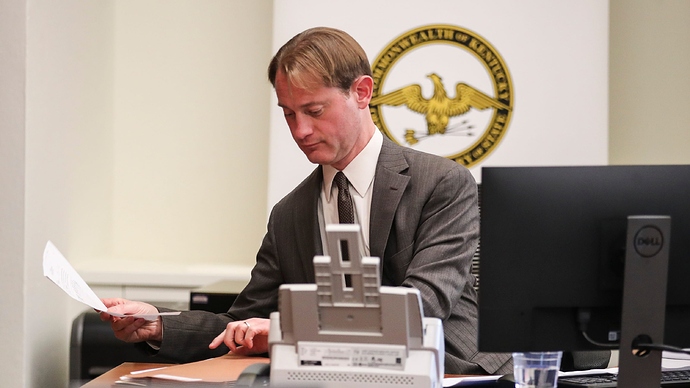 While turnout was boosted in the June primary by no-excuse mail-in voting, Adams questioned if county clerks could handle the volume this fall.

Though touting Kentucky’s handling of its primary as a “nationally recognized success,” Adams told legislators in a Frankfort committee meeting he may not recommend the same no-excuse mail-in voting model for the Nov. 3 general election based on concerns over volume and cost.
…

" After graduating from the University of Louisville in its third class of McConnell Scholars, Michael attended Harvard Law School on low-income aid. Returning to Kentucky, Michael clerked for Chief U.S. District Judge John Heyburn, for Senator McConnell’s 2002 reelection campaign, and as Deputy General Counsel to Governor Ernie Fletcher, before moving to Washington to serve as Counsel to the U.S. Deputy Attorney General in the second Bush Administration."