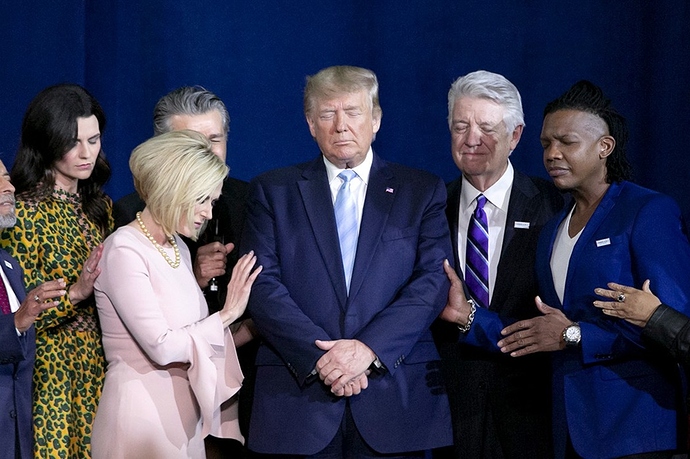 Inside the Influential Evangelical Group Mobilizing to Reelect Trump

United in Purpose held a call in April detailing its 2020 strategy to reelect Trump, including targeting minorities and using data-mining tools.

And the rise of mail-in ballots, Eldred added, would undercut voter identification laws, which have been a pillar of GOP election strategy. “The children of the darkness put early voting into this CARES package,” he grumbled, a reference to the $400 million for election assistance programs to states included in the $2.2 trillion coronavirus relief bill.

My wife is WAY into all this political stuff, and has a regular rotation of podcasts that she listens too. I overheard one just last night that claimed all this no mail-in ballots is some form of misdirection by the RNC, that the stay-home voters tend to favor the Republicans. And that the RNC are in favor of early ballots being sent through the mail, locking in votes before 45* can say or do something that could cost them votes.

That’s my ‘second-hand knowledge report’ for the day. Thank you.

Just a reminder that the U.S. Armed Forces have been using voting-by-mail since the Civil War and this is the first time Republicans ever made a big deal out of it.

It really must be double underscored that trump already said the quiet part out-loud: If the nation switched to mail-in voting “you’d never have a Republican elected in this country again." …and given at least a thirty year gradual abandonment by the GOP of fair elections, i’d say that’s what’s first and second on republican minds. That is, don’t entertain for a second whatever lame@ss excuse they give for fighting against mail-in voting; it works well and is safe and convenient.

And that the RNC are in favor of early ballots being sent through the mail, locking in votes before 45* can say or do something that could cost them votes.

Trump is always doing something that could cost him votes. You could just as easily make the argument that not allowing early voting will prevent people from immediately casting a vote for Joe over some stupid remark he makes, and as long as they keep him from doing anything too outrageous for the two or three days before the election most people will have forgotten whatever he said when casting their vote.

IMHO the real reason Republicans don’t want to allow mail in voting is because they’ve spent a lot of time and effort over the years making sure voting is quick and easy in red leaning (often rural) districts and more difficult in blue leaning districts. Mail in voting could be a huge setback for these efforts.

The RNC suing to stop mail-in ballot efforts is a significant escalation of this conflict that will not be quickly forgotten. It is one thing to move to prevent inclusion of mail balloting in ongoing legislation, but it’s a much more active and sinister thing to initiate standalone legal proceedings seeking to shut it down.

The only real advantage of voting in person is that you have an opportunity to choose a second-choice candidate in primary elections if your top pick drops out between the time you get the printed ballot and the day of the election. But that doesn’t really apply during the general election anyway.

Voter fraud is incredibly rare. You have a bit under 1100 cases over the past 20 years. Even if it was literally 100x worse than that, and considering some cases are for more than one vote, it still is so rare that it has more or less zero effect on elections. Well, national and state ones. Local elections are where things can get to be a problem.

The electoral college should be considered voting fraud. And even out congressional power so some jack-hole from KY can’t pack the courts. Hell, I’d be willing to take Pelosi down a few notches if turtle loses some of his power too.

That and most (all?) modern democracies allow mail-in voting for those that cannot make it to the polling place on the day. It’s a tried and tested system all over the developed world.

But that’s the problem, isn’t it? Modern democracies and developed world. That doesn’t apply to a failed state like the US.

To be clear: encouraging people to vote is not a power grab

Oh, but it is: it’s a way for voters to grab power from entrenched power structures

I’ve been privileged enough to live in a US state where we can vote in federal elections by mail. It’s so, so easy and convenient, and it seems like everyone engages so much more with the process than in the previous states I lived in. Having the time to figure out who each person on the ballot is, and what they stand for, has DEFINITELY given me a lot more confidence in my voting. And given me the chance to vote for some great local candidates I would have never heard from otherwise.

I mean, you still have this time, it’s not like the candidates aren’t available to you well in advance of election day. But having that piece of paper, not only summarizing your options, but reminding you to look up anything you’re not sure about (and vote on time!), is great. Plus, you don’t have to deal with idiots in American Patriot™ cosplay anywhere near the polling stations. I hope to use mail-in ballots for the rest of my life.

Our lieutenant governor is an actual MD, and his daily briefings about the pandemic have been crushing it. Sadly, although he was campaigning for governor during the last election cycle, we didn’t have enough information about him to consider him as a viable candidate. I wonder how many other ‘missed opportunities’ went by?

Please don’t hold up Adams as a voice of reason who has chosen to reach across the aisle during the pandemic. He has publicly stated that absentee voting puts the process at risk because the danger of voter fraud is “domestic, not foreign” and he has fully supported legislation which demands voters show picture ID at polling places. I am anticipating some pretty contentious battles between him and the governor in the coming months.

Hey, that’s right – they’re not called “republicans” because they believe in “democracy.” 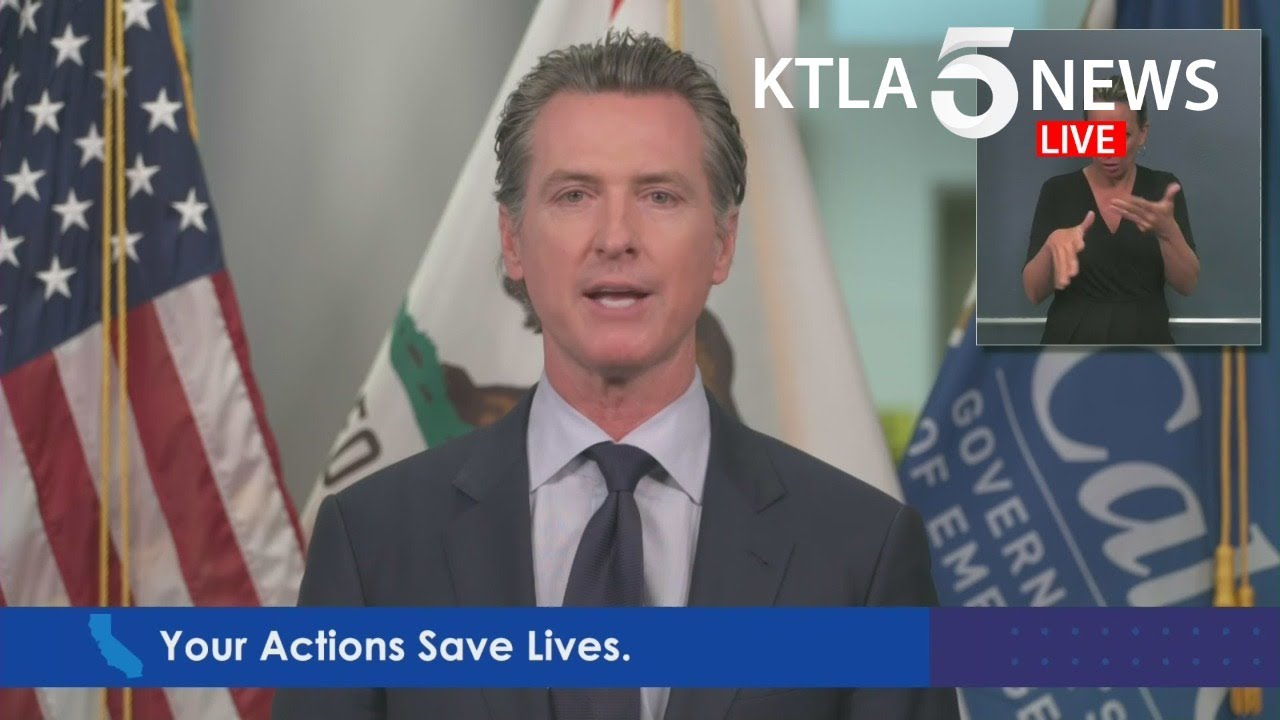 Yeah, I’ve been doing mail-in ballots for quite a long time, too - ever since I realized I could sign up for it. California made it pretty easy. Even if I hadn’t switched it would have happened eventually as my entire precinct got automatically moved over to mail-in ballots some years ago (because there weren’t enough active voters to make it worthwhile to keep having a polling station, apparently).

Local elections are where things can get to be a problem.

It’s distributed, for the most part (that Republican scheme in North Carolina was a rare exception) across the entire country, though, so it doesn’t disproportionately impact small elections (because few to none cases happen in any one location). The vast majority of “voter fraud” is actually older voters who get confused and accidentally vote twice. Which is why prosecutions for it are much rarer than even the tiny number of cases would indicate.

The Republicans believe that increased use of mail-in ballots improves the chances of Democratic candidates. The evidence indicates this actually isn’t true, overall. Yet the mistaken belief still motivates them, presumably because they recognize on some level that they don’t represent majority interests.

To be fair, a LOT of Republicans support vote-by-mail. Right now it’s being expanded in Georgia, Kentucky, even Idaho, to name a few.