Sean Hannity has no idea why Republicans didn't vote early, so here's a video to help him remember

Originally published at: Sean Hannity has no idea why Republicans didn't vote early, so here's a video to help him remember | Boing Boing

Unwilling to voting? I thought he was supposed to be a grammar Nazi too.

i’m sure there could have been a separate reel exclusively with fox personalities spewing that party line as well. poor sean. everything seems to be new to him. it’s like he is reborn as the same dumb asshole each day.

You’d think they would be A-OK with fraud if they were the ones doing it.

So I think probably some conservatives are willing to try voter fraud with a mail-in ballot, but then realize you can’t just put “Bugs Bunny, 123 Fake st. Springfield, STATE, 12345” on some generic ballot and drop it off. There’s a process involved in getting a ballot for an actual human that is more complicated than they were made to believe.

Well, they have to find something to blame other than their ideas and their candidates are unpopular.

I don’t know where you got my name and address, but please be more discrete with my personal information. 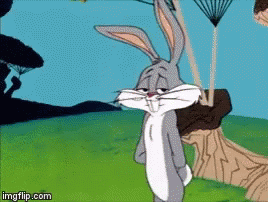 Republican or Democrat, or other, I don’t know why anybody wouldn’t want to vote early or by mail. I’d imagine for most people, it’s far more convenient than schlepping yourself to a polling place on a Tuesday and standing in line for hours with everybody else. It’s just one of the many things that defy logic.

Yeah, I sometimes miss the ritual of voting in person, but voting by mail is so much more convenient. Back when I did it in person, my polling places were always within a few blocks of my house and I don’t think I ever had to wait for more than 30 minutes to vote. I am very thankful for my fellow citizens that have to travel far distances, sacrifice hours, and sometimes forego pay in order to vote. It should be as quick and convenient to vote everywhere in this country as it is in Seattle.

Voting by mail is standard in Oregon.

Is there any other kind?
I might be confusing him with Tucker, but they’re pretty much interchangeable, right?

Voting by mail is standard in Oregon.

It’s more than just standard, it’s effectively the only method of voting in Oregon. I suppose if you were stubborn enough to want to fill out a ballot and submit it in person, you could go to your county elections office and do that, but there are no polling places on election day. You get your ballot in the mail about two weeks ahead of an election day, and you can mail it in, put it in a collection box, or drop it off at an elections office.

One more time, for those in the back: paper ballots, human and machine-readable, traceable, by mail.

I wonder if this kind of politics is among the reasons why gaslighting was chosen as word of the year.

I might be confusing him with Tucker, but they’re pretty much interchangeable, right?

Fwiw, I think Tucker’s further to the right, over in “America should be like Hungary” territory. Or at least pretends to be. He’s also more evidently wearing a wig.

It’s the only way I know how in Washington