I have been using this for a year with great results, propane fired and it’s up to temp in 15 minutes. 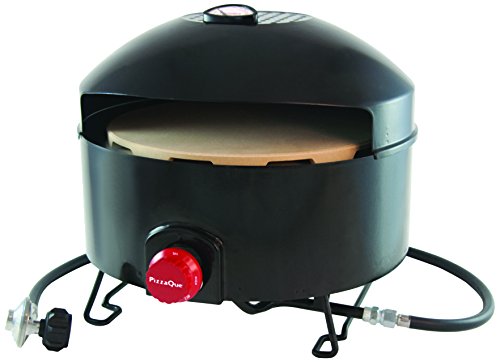 Cook your own pizzas at home or on the go in only minutes. Your PizzaQue Outdoor Pizza Oven is lightweight, portable and safe on any surface. It's incredibly easy to use; simply hook it up to a propan ...

…But where do the geniuses come out? and how do they fit?

SEEMS? It unequivocally is, for an accessory that costs four times as much as the grill it’s being used on. For that amount of metal?

If you want to grill pizza, it’s cheap.

Nobody put eggs on their pizzas? Feta seems liked the craziest topping. What about beets? Or horseradish? Leeks?

@Michael_Borys you are a great writer, but your friends have rather pedestrian pizza tastes (assuming their ability to obtain desired ingredients is absolute).

Hrm. How about a braunschweiger-and-onion pizza?

i already have an oven that has a top on it so heat doesn’t escape. i also have a 3/8" stainless baking steel. it might only get to 550, but it still makes a bitchin pizza, and i don’t even have to light charcoal or anything.

Well, I can’t argue with you on the price. It certainly isn’t cheap - but it does the job no matter how much metal it comes with.

Now that I’m being called out on the pizza toppings, I have to agree with you. They weren’t adventurous at all!

Thank you OtherMichael. For the next event I’ll have to have some new ground rules!.

Finally, a Boing Boing pizza tip that makes a little sense. Pizza stones, etc. aren’t worth crap. If you’re going to make pizza (not “pizza pie”, just pizza, geez), you’ve got to get the heat up to the 700 range. Without that, don’t even bother.

One thing though - the whole “authentic Neapolitan pizza” is pretty much a scam.

You’d have to pay day laborers $398 to build an adobe brick oven, but the extra $2 is for portability.

If you want some real heat, you could use coal, or rig an old hair dryer as a supercharger/bellows.

-I realize BB has several “new” editors but seriously it’s called a jump for a reason. I don’t need to see the whole article on the front page, this not only applies to this article - but seems to be an increasing thing.

-A friend recently built a full on pizza oven, you know the massive stone, rock, brick, stucco, fire burning oven. Sure it takes hours to preheat to that 1000F point, but damn it turns out some fine pizza in about 90 seconds. He’s tried a lot of the stones and add on kits, but he is seriously happy with his stone oven. If pizza is your passion it might be worth looking into.

Home Depot has an insert for charcoal kettles for $69. That’s $330 cheaper 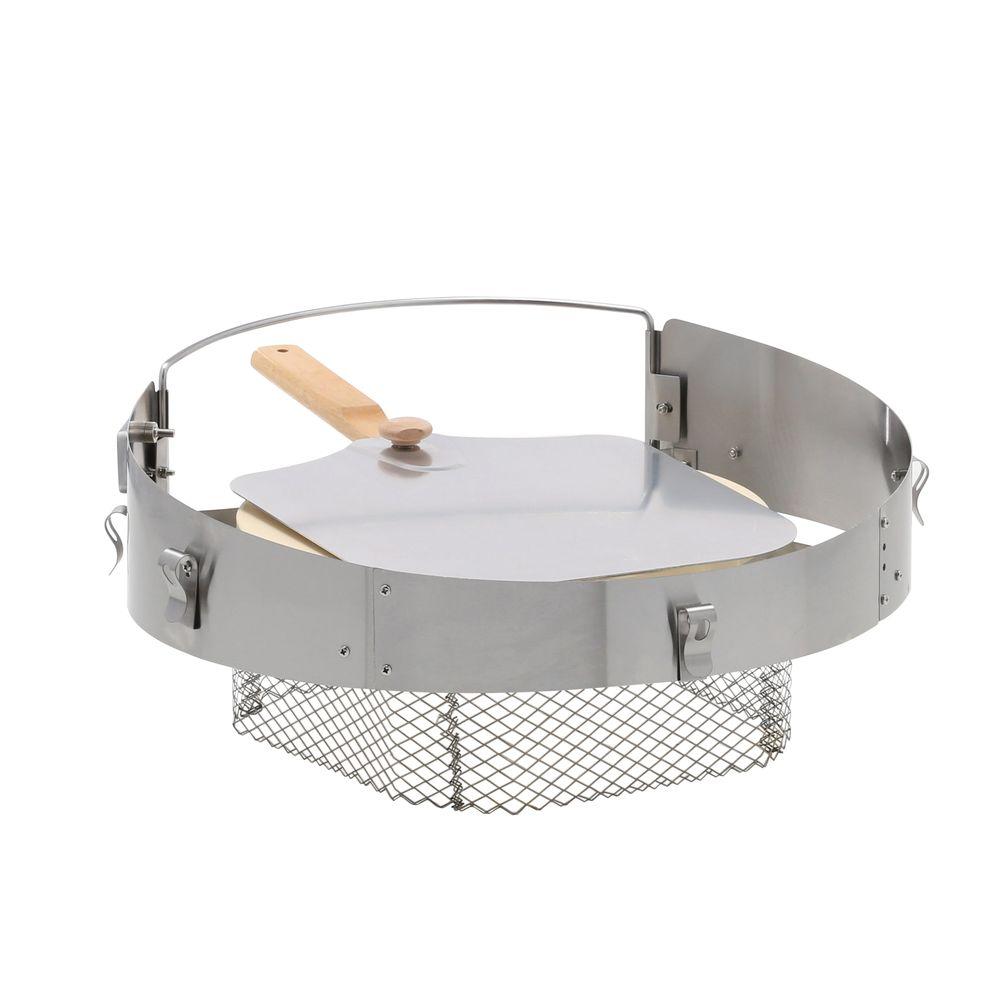 Convert your grill into the perfect pizza oven in just minutes with the use of this PizzaQue Pizza Kit for Kettle Grills.

Just invite me over next time. If I have 90 days notice I’ll even bring the cheese, wood, aromatics, and cured toppings.

Don’t invite @OtherMichael, his taste in pizza is atrocious.

Know what I use to make pizza on the grill?

but @jsroberts should participate - his total war on pizza (“I’m hoping to destroy two beloved national dishes in one go that way.”) is atrocious in an interesting way

I think Chicago will feature heavily in this struggle:

Wars have been fought over less. You can pry my 70 year old cherry wood my grandfather planted from my basily, smokey, aromatic hands.

What is Chicago deep dish pizza? A pie A stew wrapped in dough A large, open empanada A single-layered lasagne in a pie base A pizza Wrong 0voters You may choose up to 2 options. Vote now!Show results