He was such a big influence on 2,000AD and so everything that draws from the early days of that comic. 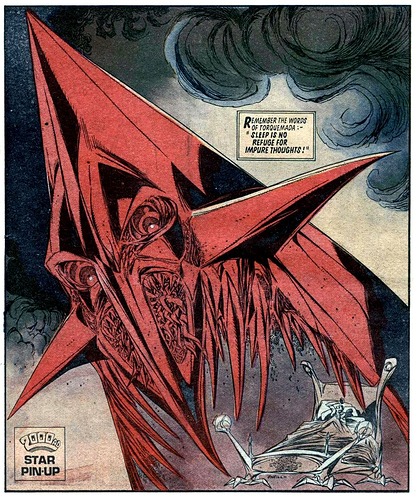 I love Kevin’s art, and had a wonderful Celtic Frost t-shirt done by him that I wore until it rotted off of me.
Thanks to him and others at 2000AD, I think it’s why my perception of DC and Marvel comics is of something a little too sterile and lacking in the beautiful filth of humanity.

Nemesis the Warlock made such a huge impression on me, when I wrote a poem about being bullied and in turn, the desire to bully in return at school, I copied a picture of Nemesis from one of Kevin’s drawings as the background.
I no longer have a copy of it, but it won school awards, and my class went to the Arnolfini in Bristol to perform it to music.
And Kevin’s art helped me express those feelings.

Also, the guy’s artwork was condemned wholesale by The Comic Code Authority as ‘objectionable’. Not even any particularly naughty bits! His style was simply too much for their fragile little minds!
That rocks; nay, it’s ZARJAZ.

Stuff like this blew my mind as a kid: 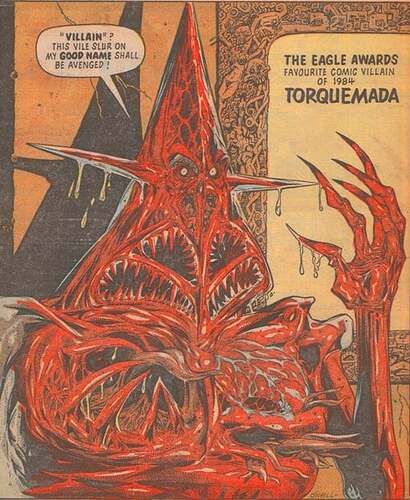 Aw man, I have several books by him. I know I have that Green Lantern Corps Annual 2 mentioned in some articles, as well as some collected League of Extraordinary Gentlemen. And I have some Collected Judge Dredd I think he did.