Kitchens were political in the Soviet Union

Everything was political in the soviet union… 20th century communism had a crazy knack for making everything blatantly political. When I was studying Yugoslavia, I was really struck by how much the punks were all about being “non-political” in such an environment.

Thanks for sharing this! You might enjoy Donna Harsch’s book on women in East Germany, and the role they had in shaping the state. You can sort of see some of that in action in the film Good-Bye Lenin, where the guys mom spent much of her time writing letters to the state about various things: 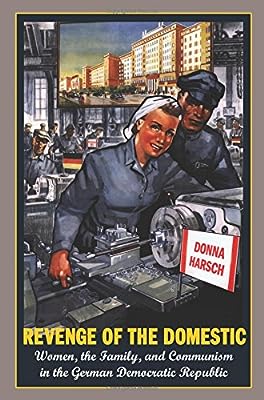 Revenge of the Domestic: Women, the Family, and Communism in the German Democratic Republic

Revenge of the Domestic examines gender relations in East Germany from 1945 to the 1970s, focusing especially on the relationship between ordinary women, the Communist Party, and the state created by ...

I thought it was interesting to learn that Vyacheslav Molotov was involved in Soviet food policy. I guess his expertise came in handy when he kindly provided bread baskets to the Finns.

It’s kind of weird how long the antagonism between Finland and Russia goes back. I think they were fighting all the way back at the beginning of the Romanov Dynasty… well before the Communist period. Must be over ports on the Baltic sea and land between the two.

Also, I didn’t realize that cluster bombs go back to the second world war, as this is clearly what this weapon is… Apparently, according to the wikipedia article, the Germans were the first to create a cluster bomb, but clearly, Molotov got there first: A cluster munition is a form of air-dropped or ground-launched explosive weapon that releases or ejects smaller submunitions. Commonly, this is a cluster bomb that ejects explosive bomblets that are designed to kill personnel and destroy vehicles. Other cluster munitions are designed to destroy runways or electric power transmission lines, disperse chemical or biological weapons, or to scatter land mines. Some submunition-based weapons can disperse non-munitions, such as leaflets. Because cluster...

And there is a convention on cluster munitions:

Nasty things, to be sure.

This just made me think of the t-shirt I got years ago:

My understanding from various Russian-speaking friends is that it means “No Kitchen Slavery.”