So red appliance people are a thing, I guess. 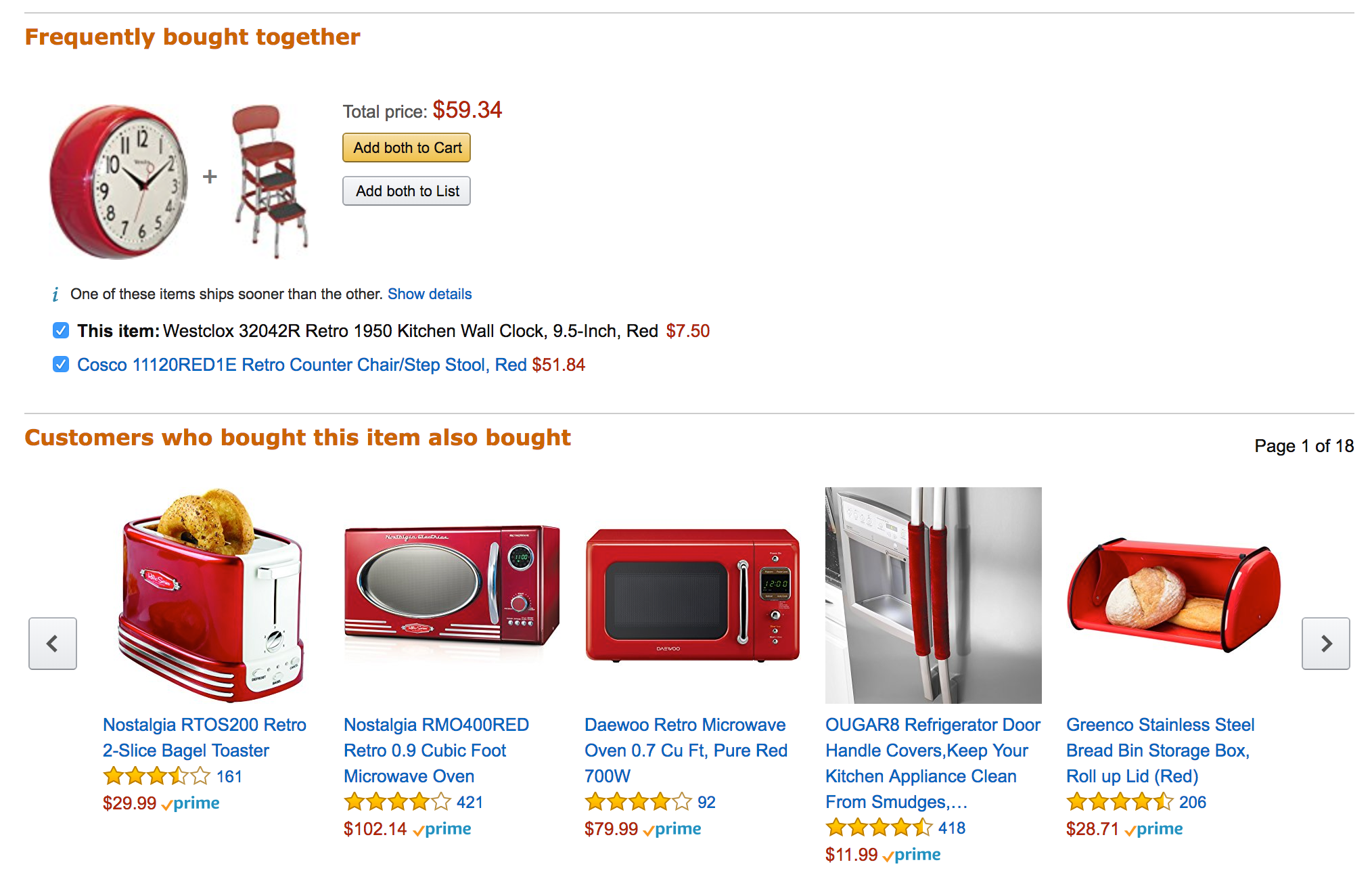 I bought in January is back on sale on Amazon for $7.50. It's worked like a champ and I haven't had to change the batteries or adjust the time yet.

So you live somewhere without Daylight Saving Time? Or you just refuse to acknowledge it on your clocks?

So red appliance people are a thing, I guess.

One must accessorize properly.

My question is does it tic loudly? Noisy clocks (especially modern ones) are a peeve of mine.

Part of me hates noisy clocks and devices, but I also miss my grandparents old electric clocks from the 20’s and 50’s that hummed and ground their way around. I miss the sound the ancient water heater as it heated water and popped. Sounds as an adult that I might find irritating like the elevator going up and down or something being dropped down a trash chute I am nostalgic for. They were part of the acoustic depth, part of the local anthrophony that is so rarely recorded and preserved. (I have a love of soundscapes, biophonious, geophonious or otherwise and lament that there are so many time specific sounds that are lost because we never thought to record them.

Hey, I own one of those red kitchen chairs with the step. Probably the exact same one. It looks good in my kitchen.

We bought ours five or six years ago. Not from Amazon but, if anything, even cheaper.
Superficially different, it is “antique white”, has a different (better) clock face, different hands and branding but appears to be the same clock otherwise.
It loses less than two minutes between daylight savings nonsenses*.
I have recharged the (supplied by me) battery once.
Most everything in this house is centuries or at least decades old, the clock looks in place, looks not retro but old.
It does not tic loudly but in a very silent room you can hear it.

If I needed another one I’d even pay fifteen bucks without feeling cheated.
It is just a not ugly wall clock doing its thing. The thing I want it to do.
I find it strange to find myself commenting on it.
Now it forever is the clock I’ve commented on the interwubs about.
Children, don’t do drugs!

You need to look for what’s called a “continuous movement”, that’s one where the second hand whirrs around continuously, instead of ticking.
I’m assuming this clock, like most modern ones, uses a single AA battery powered movement, and they all seem to be the same size, like this:
https://images-na.ssl-images-amazon.com/images/I/413dItZrsmL.jpg
So it’s easy to remove a ticking one, and replace it with a continuous movement.