With just 30 individuals though, is that enough genetic diversity to save them even in the relatively short-term?

The Phoenix Zoo is contributing to a campaign to save Mexico’s vaquita porpoise from extinction.:

Phoenix Zoo's goal met to save vaquitas, the world's most endangered marine...

Vaquitas, also nicknamed the "desert porpoise," are marine mammals most have likely never heard of — but live right in Arizona's backyard

I was in San Felipe a couple of years ago with the family and we were looking for some fresh fish which lead us to talk to local fishermen, that’s the first time I heard about this, I got the sense that there was some resentment from the locals but that they were, for the most part, complying with the programs.

what if they are going extinct on porpoise?

(ducks and runs away…)

pandas of the sea 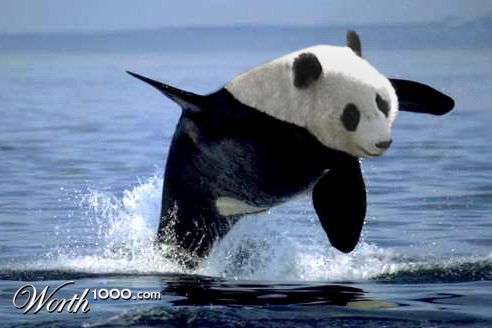 The totoaba fishing is harming the vaquitas based on some specious belief. How do we get the science and logical thinking into everyone so that the demand isn’t there in the first place. I almost would be happier to hear that they are fishing because the fish tastes good.

We need to harness this, how about a prohibition on any fishing activity in the gulf because Asians believe that live vaquitas thriving in the Gulf of California have curative powers…

Think of it as a commercial opportunity.

Sell the suckers pills with 100 times the active ingredient in totoaba bladders (keep the ingredient as a trade secret - because it’ll be fish pee - and make sure you have the usual legal disclaimers “this product not tested &etc”).

You can get rich, fleece people who obviously can’t be trusted with money, and save the totoaba all at the same time!

With just 30 individuals though, is that enough genetic diversity to save them even in the relatively short-term?

The California Condor population was down to 22 individuals in 1982, but as of now there are around 450. All of the 4,700 or so living European bison are descended from just 12 individuals from the early 20th Century.

I guess trying to introduce them to a less hostile but similar subtropical environment like the Keys or other gulf estuary would not be an acceptable move? From what l’ve read on this for years, they’re just not going to make it. Poor people doing what they must to survive vs conservation rarely has a happy ending for wildlife.