Many of these encomiums, like this one, have failed to note that he also portrayed one of the most memorable characters in Seven Samurai.

He played the scrawny wild man with stolen armor and sword who pretended to be a samurai, so that he could join them to defend the town. Now that was some acting!

If they don’t include Mr.Nakajima in the “In Memoriam” segment of next year’s Oscars, I will be irked. The Godzilla movies were an important part of my youth.

He is so the Godzilla I grew up with!

They should bury him in the costume.

But, if cremation, then get him in the costume, propped upright, then flame him out in the open while taking footage that can be used somehow in the next Godzilla movie.

I know. Too soon.

I hope his family puts a toy Gojira on their ancestor altar alongside his ashes and picture.

I hope his family puts a toy Gojira on their ancestor altar alongside his ashes and picture.

Fans could end up doing that also.

Well, I meant the family altar inside their house…but his public grave, maybe. Does anyone here know if visiting the public graves of famous people is a thing in Japan? Or does the practice of carving a posthumous Buddhist name on the grave marker instead of the name they used in life make it hard to identify the grave you’re looking for?

He deserves a 21 maser cannon salute!

Haruo Nakajima was indeed in Seven Samurai, but according to the cast list on IMDB as one of the bandits.

Yeah, that last Godzilla movie was terrible. How dare you bring it up?

I’m sure that the original costume probably looks quite Mothra-eaten after all these years.

It was wearing that damn costume since the 1950s that finally killed him.

How dare you bring it up?

I figured that much. Toho Studios had a deep bench of actors who appeared in lots of different films and genres.

Mifune was the fake samurai with the stolen armor. (Horst Buchholz’s character in The Magnificent Seven)

Mifune was one of the best, ever.

“Mifune had a kind of talent I had never encountered before in the Japanese film world. It was, above all, the speed with which he expressed himself that was astounding. …He put forth everything directly and boldly, and his sense of timing was the keenest I had ever seen in a Japanese actor. And yet with all his quickness he also had surprisingly fine sensibilities.”’ 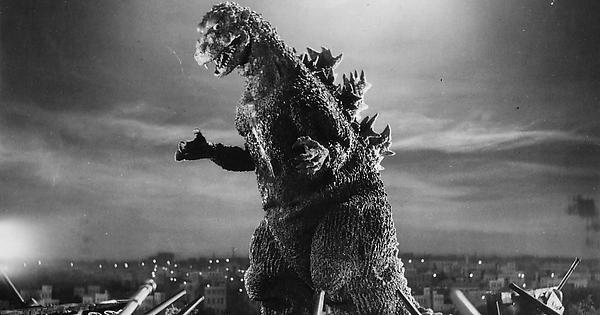 “…in the suit’s final appearance, Godzilla vs. Gigan, for in one scene where Godzilla is on top of Gigan and punching him, one can actually see pieces of the suit flying off, as well as visible rips in the arms”