Sounds about right for Michigan

Five Thirds of a Bank, three fifths of a human.

Sounds about right for Michigan the United States

FTFY. I’m not trying to be flippant, it’s just that we’ve seen stories like this from banks in just about every state in the last few years. No state has a monopoly on racism.

This reminds me of the time when a black property developer went to a bank to assess the value of a building he was eyeing up for purchase. It had a great record wrt reliable tenants but since the property wasn’t in a white neighborhood the bank valued it at zero dollars. The same property developer had a friend of his, another property developer but he was white, go to the same bank which then suddenly did value the building at a non-zero amount. And some how racism is gone? LOL

Somewhat off-topic but it was weird that the only part of the check that was blacked out in the photo included in the article was the written amount to be paid (and not even the numerals on the right side) but all the account number and routing number stuff is still shown, along with the signatures.

Five Thirds of a Bank, three fifths of a human.

While I fully appreciate the intent here, this is mathematically troublesome. Five Thirds would equate to one full bank with 2/3 of a bank in addition. Perhaps she was trying to do business with that partial bank rather than the complete one.

I know you’re just making a joke, but I was curious about the name. I had no idea this bank had been around with this name since 1908. It resulted from the merger of the Third Bank and the Fifth Bank and, apocryphally, they put the Fifth first because calls for prohibition were starting to gain momentum around then and they wanted to avoid any mistaken association with fifths of alcohol. As in, I assume, “Yeah, I heard the bank manager is on his third fifth today, lol!”

I love her response of “Fine, then call the cops and arrest me for a bad cheque and let’s find out the facts.”

I think they gave her her cheque back when someone behind the counter finally realized they done a boo-boo.

It’s a reference is to the three fifths compromise in the consttution, counting enslaved people as 3/5ths a person for the census.

It’s a reference to racism which was aimed at the customer.

5/3 bought up my existing bank a while back, and I tried to see if it would continue to work for me to stay there, but nope. They correctly sussed out the sorts of things that would make me want to stay – emphasized their diversity, support of local minority artists and organizations, etc. – but it was clearly all window dressing and the banking experience itself was sub-par so I left.

A good reminder that it doesn’t matter what a business trots out to ‘prove’ how non-bigoted they are. The proof is in how someone like this is treated when they walk in the door.

Yes, I’m fully aware of the history of the three fifths compromise and the joke originally being made. I was just being intentionally overly pedantic in pointing out that the math of making fun the the ‘five thirds’ of a bank equating to less than an entire bank doesn’t work out.

On further review the joke works fine even without the ‘less than a whole bank’ thing and just using the wordplay of comparing a fraction to a fraction.

I was just being intentionally overly pedantic

Going for the badge, eh?

… I did not know that BB had a badge for that.

This just keeps on happening. I remember the last time we had a news story about someone who was refused service like this, when they were trying to deposit their compensation from a discrimination court case. 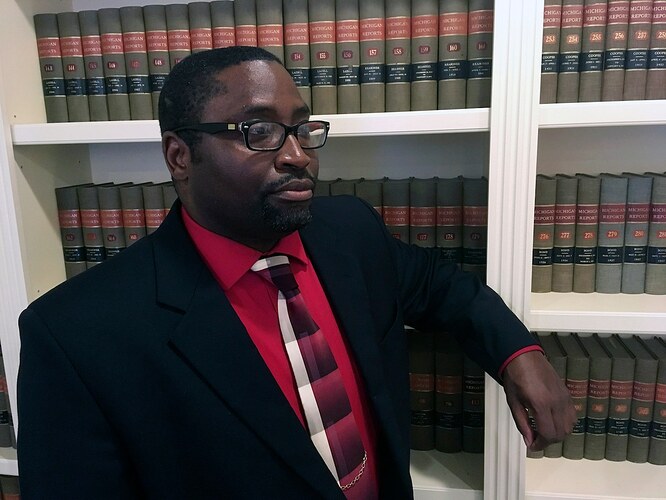 He settled a racial discrimination lawsuit. When he tried to deposit the...

TCF Bank called Detroit police and accused Sautore Thomas of fraud in a case of “banking while black,” his new lawsuit alleges.

Also, what’s up with American banks having random numbers like that? There’s a bunch that all call themselves 1st and now this one is 3rd and 5th at the same time?

There was but it’s gone now for reasons.

Maybe I should ask my sister who manages a bank, but what risk is there with setting up a new account with such a check? Can’t you just set it up, process the check, but put a hold on any withdrawals until it actually clears?

I know the answer as to why this happened is racism, but if the check is legit it is no small amount, so if there is no risk, why not deposit it?

Or maybe there is a risk. I would think this day and age you could confirm funds electronically very quickly. Especially if it is from a casino.

I would think this day and age you could confirm funds electronically very quickly. Especially if it is from a casino.

I’ve never worked in banking so i’m also curious to get the opinion from someone in the know, but i did work retail and when we wanted to confirm something like a traveller’s check we would need to call the issuing company and they’d quickly verify that it was legit. I can imagine that doing the same for a check of this type why not just call the casino or associated company?