Not necessarily a bad idea for the nukes. 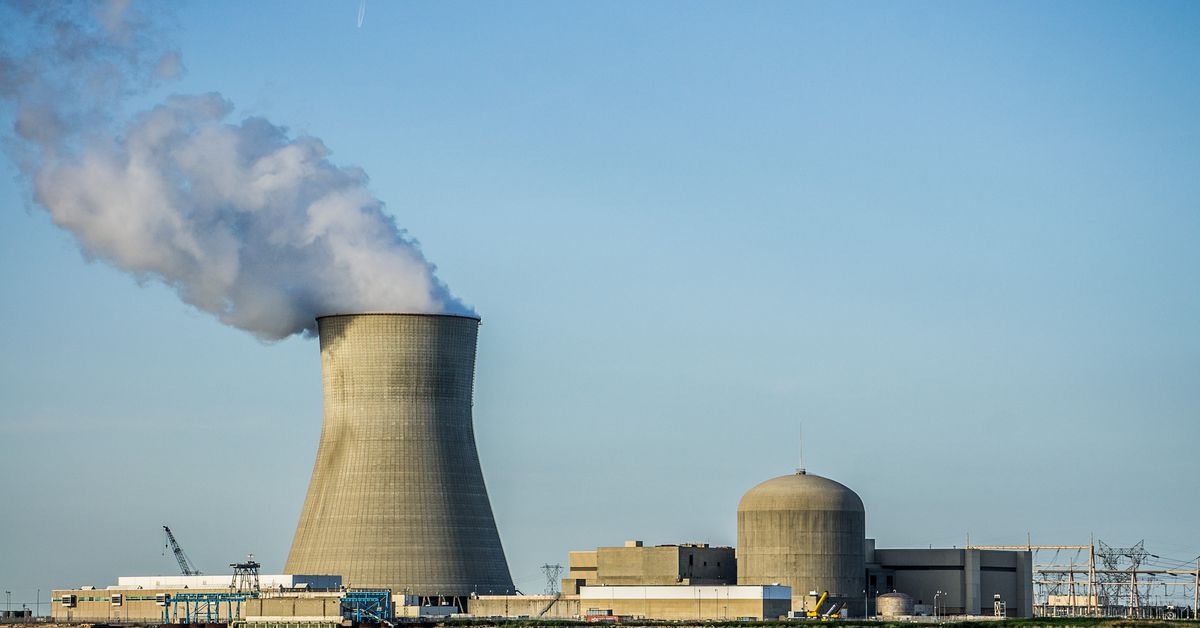 The latest state to get serious about climate change is ... New Jersey?

The Garden State preserves its nuclear plants and sets out to build tons of renewable energy.

The plan poses the “premature retirements” of these unprofitable power-plants as a national security matter, that would leave the country vulnerable to cyberattacks and extreme weather events.

Well, that’s partly true. Those old plants weren’t built to be automated or even equipped with modern instrumentation. They’ve been running for decades on the presumption that any investment in them would never be recovered because they were going to be replaced by entirely modern plants.

With no significant automation (no, they don’t shovel coal manually but the control systems date back to the 70s [1]) they’re not subject to cyberattacks because there’s no networked “cyber” to attack.

[1] I recently heard from a former colleague that a boiler control system that I had helped create in the late 70s, using the then already obsolete 8085 microprocessor, was still in service doing its thing in power plants. I won’t bother you with just how primitive it was except to say that the only operator readout was a single seven-segment LED display. No keyboard or even keypad.

I believe it’s the height of negligence that we haven’t built a new nuke plant in forever. By all means it was probably a good idea to take a hiatus, learn, and develop better designs but we need to be getting back to building some more of these, like yesterday.

CONS: “Get rid of renewable energy subsidies that pick winners and losers in the marketplace!”

Of course. This was the only way that Trump could possibly prop up coal. Nothing else would do it, unless he had the government buy coal that it didn’t use. The problem is that coal demand and coal jobs are decoupled. Coal jobs have been on the wane since 1923, many decades before peak demand, thanks to automation. Removing regulation just made that worse, as the more environmentally damaging means of mining coal use fewer workers.

It’s OK, as long as the President’s rich friends are happy.

Instead of trickle down economics, it’s reverse welfare that builds wealth. Rob from the poor to feed the rich.

Careful, Comrades. The Central Committee, inspired by the Great Leader, has determined the correct state coal and iron production in the new 5-year plan. It is your duty to implement these figures, and not to criticise them. They could always use a few more mining techologists in Wyoming, if you understand me?

Rob from the poor to feed the rich.

You seem to have the basic framework of capitalism down pat!

Is America great again yet?

Well… Mexico wasn’t keen on the wall. Maybe we can get them to pay for this instead?

It used to be truism of sorts that looting the rich would make little difference to the poor, but when a ridiculously small number of people own half the wealth of the planet, it’s time to reexamine that idea.

Wind and solar is getting so much cheaper, it pretty much makes a nuke plant way too much for cost, regulation, and uranium is actually a limited resource, iirc maybe a couple of hundred years on our current demand.

One could argue that since the Bush and Obama administrations both used taxpayer dollars to prop up unprofitable, unsafely designed and militarily vulnerable nuclear plants located in densely populated areas this is not a huge change in strategy; it’s just extending the existing program of forcing people to fund things most of them manifestly do not want to include coal.

So your answer’s gotta be no, I think… there’s got to be more on the agenda.

Time for a carbon-based anthem.

Those claims are based on the rather oversimplified strawman idea that redstribution of wealth is an end in and of itself, rather than merely the first step toward a healthier economy after you realize that letting money pool in a handful of overswelled extremeties rather than helping it circulate is bad for the whole body…

It’s pathetic that we’re in a place where, when someone hears Energy Innovation and the Climate Policy Initiative, they can invariably assume that it is no such thing, because invariably it’s going to be a climate-change-denying front group for the American Petroleum Institute or the Koch Brothers. Except in this case, it apparently isn’t.

I was going to say, I am ok with propping up nuclear. It is probably the best energy source as afar as the ability to produce a lot of if consistently with little carbon emissions (though proper disposal of waste is a concern, it is completely doable.) Also - I want to explore thorium reactors.