has an option to turn it off and on by swiping it with your hand.

That works fine when you’re alone, but in groups, they tend to trigger each other.

Lol! I could see that being a problem. But still, a swipe is way eaiser than some poorly designed models that have the “off” imbeded in the same button as six other settings.

Gah! You’re Blinding me turn that off…

So that’s what it’s for. When I first saw these, I thought it was a hairstyle modification device with a convenient light so that you could check your progress in the mirror in the dark.

After trying for years to make cheap headlamps work I finally bought a good headlamp and I’m super glad I did. Cheap headlamps are just so… cheap… compared to quality headlamps. The issues that I’ve found:

Also in the case of this one, the absence of rechargable batteries is a sin. The fact that it uses AAA batteries doubles the sin. 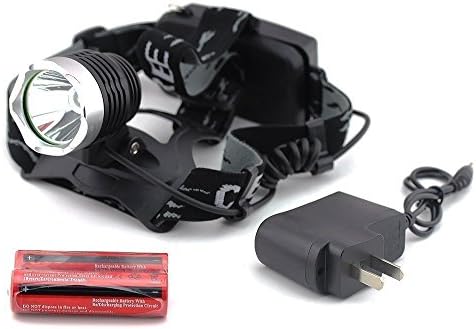 But it sucks too. I went through about 10 of them before I finally stopped buying Chinese crapware and bought one of these on a friend’s recommendation: 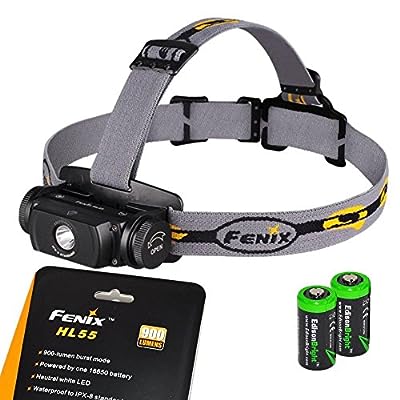 A bit more expensive, but I’ve had it for about two years now, use it all the time including kayaking in salt water, and its still as good as new. Gives me pleasure every time I uses it still, and solves every issue about cheap headlamps, including having instant on instead of having to cycle through goofy modes. In the same time period I probably would have bought about 8 of the cheapie headlamps, so really its about the same price at the moment and eventually cheaper, with my usage at least. 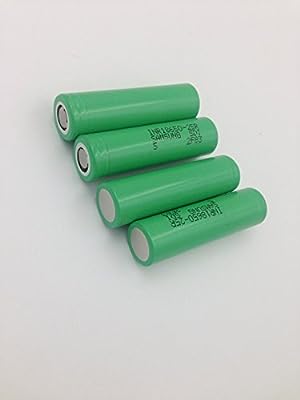 And a good charger: 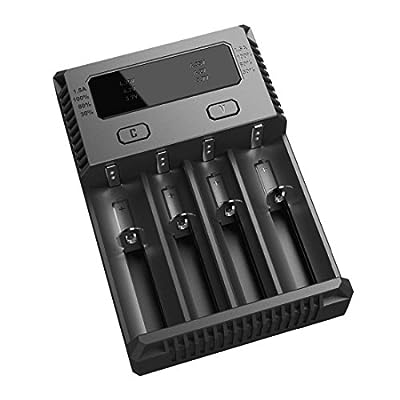 Edited to add: another nice feature is that the hinge on them is metal, as opposed to two pieces of plastic pressed together, so when you need to aim it up out of people’s eyes it has a nice solid feel and doesn’t slip. Also it aims straight down with enough precision that I use it to solder in low light environments.

Thats the one! The person that required that, or designed it that way, should have been fired.

One of my faves was a model that had two on buttons, where one of them was a temp, it was only on while pushing it. That meant tying up one hand, but perfect when you only need a quick burst.

If you are involved in activities requiring a headlamp that lasts for hours, and your life is at risk without it, the brand to check out is Lupine.

Yes, they are f@#! expensive, but after having other cheap-o lamps exhibit random behavior or just dying within weeks, I had had enough. I have never had a problem with my Neo that I have used 6 times a week for a few years. Two of my friends have had Pikos for even longer and the only issue to report was one was given a replacement battery pack by the manufacturer after it started failing after three years of use on multiple overnight 100 mile foot races.

I bought a few 18650 batteries recently for a laser pointer, and started to look for flashlights and headlamps that use them, too. And I found that there are several between $10 and $20. That’s a lot more than the $8 here, but several of them go up to 2000 lumens. Being able to put that much light into an area is pretty useful - much better than the 100 lumen ones I had previously.

If you are involved in activities requiring a headlamp that lasts for hours, and your life is at risk without it, the brand to check out is Lupine.

Is there a particular model you’ve had experience with and recommend?

And whoa, just searched Amazon for them, they seem to start at $350, and go way up from there. That is, indeed, awesomely expensive!

I bought a few 18650 batteries recently for a laser pointer

Agreed those batteries can be awesome. I’ve been using them for a few years now and have found that its worth buying the decent ones or they eventually go dead and simply won’t charge anymore, or turn into really low capacity really quickly. I’ve had great luck with the Samsungs.

And its funny, the primary use for these at the moment seems to be in vaporizers, so that’s where the good info on them has been coming from, including most of the Amazon reviews. Drives me nuts that the good ones don’t have the raised nipple on the positive side though, so they don’t work in devices without the spring on both sides. Solved by soldering on a nipple, but still, so silly.

Check out the link in my initial post, that’s the authorized dealer in the US. They’ve had a problem with retailers like Amazon hosting counterfeit gear.

I use the Neo (~$250 for 700 lumen) for trail running at night/early morning. If you are spelunking in large caves or will be moving at a much higher rate of speed (cycling, etc.) then you’ll want to look at the brighter lamps to give you a wider range (and longer response time).

Also in the case of this one, the absence of rechargable batteries is a sin. The fact that it uses AAA batteries doubles the sin.

all good points, but you do know that you can swap the included batteries for rechargeables, right?

all good points, but you do know that you can swap the included batteries for rechargeables, right?

Of course, but I’ve never had good luck with rechargable AAA’s. Well, I thought I had decent luck with them until I discovered 18650 batteries. I thought it was normal for rechargables to have less capacity than their alkaline equivalents, but a single one of those batteries seems to last much longer than 3 AAA batts (recharged or alkaline) and, since its just one battery, its much simpler to recharge them, and carrying spares is much easier.

Caveat: get the good ones though, there’s a whole lotta crappy 18650 batteries out there. There’s even knockoffs of the knockoffs, with predictably heinous performance.

Any headlamp is bettrr than none, but I agree it is worth shelling out for a good one. Petzl make great lmps and I find them less flakey and more compact than the cheap ones. Cheapies are great for spares, have one always in your car, backpack, boat, toolbox.

The cool thing for me was that my flashlight came with an adapter to use either the 1 18650 battery, or 3 AA’s. It was interesting to me, too, how like several dozen overseas factories had settled on a design. I have no clue where it started or who knocked off whom. Seems to be the same with lots of the headband light producers, too. Some put a name on “their” units, some just duplicate the entire thing, name and all.

as it turns out, i knew nothing about 18650 batts until reading this article (t.y. BB). I am also not really into vaping, which might be why i’d never heard of them.

just to understand… they have the same dimensions as a AA but different voltage, and lacking a tit?

I don’t use vaporizers either, I learned about 18650 batteries from headlamps. This one for example has been around for about 4 years now and has always used them:

They used to cost about $25 but have come way down. There’s a hundred variations on that headlamp, some different colors, some focusable, some with different shaped lamps, some with the power button in different locations, and they’re all surprisingly good for the price, but are essentially disposable if you use them often. They come with two 18650 batteries, which is amazing given the price, and they recharge in the battery pack, which is also amazing, but after a few months of heavy use one of the batteries won’t charge, or the elastic goes slack, or the battery pack needs tape to stay closed, or it just doesn’t turn on anymore. And of course that’ll happen the moment you need it most.

According to rumor they use Cree LEDs that failed quality control, but I’ve never had one with an LED that was anything less than excellent. And I’ve probably had 10 of them over the years. They’re awesome for cheap junk, especially at $12, but they’re still solidly junk, especially once you start using better headlamps.

As far as the 18650 batteries themselves, other than having the worst name on the planet, they’re absolutely awesome. They’re a bit bigger than AA batteries:

So yeah, its no surprise that they have higher capacity than AA or AAA batteries, but they’re still in the same ballpark size-wise for most applications so the extra bit of size doesn’t make much difference in your pocket for example. And they’re more than double the voltage (3.7 versus 1.5), so you just need one in a headlamp. Even that cheap headlamp I linked to above, which has two of them in its battery pack, only requires one to run since they’re wired in parallel.

And they even power Teslas!

r/teslamotors - The progression of the 18650 battery

And, now, a million varporizers. Since they’re 3.7 volts you can use just one, instead of putting together at least two AA’s (which are 1.5v each when fully charged), and their form factor is perfect for them. And also Lithium batteries hold the same voltage while they discharge, as opposed to alkalines which get lower. So if you’re doing something that needs a constant voltage, Lithium is the way to go.

I don’t understand why some of them, especially the high end ones, don’t have nipples on the positive end. Maybe because they’re intended for industrial uses where they’re hard-wired, I dunno. Its a pain. But its easy to solder on a nipple, so no biggie. I’m sure if you look hard on Amazon you’ll find some with nipples, but definitely read the reviews, you want one with a lot of positive reviews from hardcore battery geeks. And there’s a lot of hardcore battery geeks buying and reviewing these things on Amazon.

Also of note: you can get holders for these batteries on ebay to use them to power whatever project, wired for whatever voltage. They’re great for powering Arduinos or Pi’s or whatevers.

I bought one of these last time you recommended them and it’s rubbish. It wont stay on my head and it’s heavy and uncomfortable.