Let's remember Thor as he was

Originally published at: Let's remember Thor as he was | Boing Boing

My favorite illustration of Thor is of him dressed up like Freya in order to steal back his hammer (by the inimitable Carl Larsson). Because the god of thunder never was a joke (amirite!) 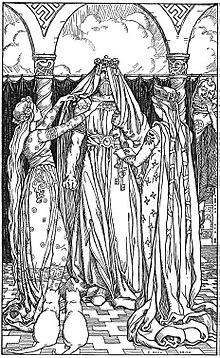 Þrymskviða (Þrym's Poem; the name can be anglicised as Thrymskviða, Thrymskvitha, Thrymskvidha or Thrymskvida) is one of the best known poems from the Poetic Edda. The Norse myth had enduring popularity in Scandinavia and continued to be told and sung in several forms until the 19th century. In the poem Þrymskviða, Thor wakes and finds that his powerful hammer, Mjöllnir, is missing. Thor turns to Loki first, and tells him that nobody knows that the hammer has been stolen. The two then go to the ...

If you want grimdark comic adaptations, DC has you covered. Personally, I would rather have fun at the movies (there’s enough depressing bleakness in the real world).

I do enjoy the Waititi take on Thor. Yes it is on the silly side but too many movies take themselves so seriously these days. Art doesn’t have to be serious. I walked away from the theatre with a smile on my face which is why I paid my admission in the first place.

Maybe it’s not the Thor of your youth but then nothing can ever replace that or even meet that bar.

In the video linked above, the YouTuber Matt Draper talks about Walt Simonson’s legendary Thor run.

Walt Simonson’s Thor was also a key part of Adventures In Babysitting’s plot where young Sara knelt in fealty to Vincent D’Onofrio whom she mistakes for Thor.

Here’s an interesting story of how Vincent’s character was supposed to be He-Man, but the director changed it b/c he had a connection with Thor:

As originally scripted, Sara was obsessed with He-Man and She-Ra, which actually makes a lot more sense, considering how popular the respective cartoons starring them were around the time of Adventures in Babysitting 's release. The problem was, when director Chris Columbus - making his feature debut - was hired, he had no connection whatsoever to those characters, as told to Yahoo. That’s understandable, as he was a man pushing 30, and didn’t have children yet at that point. Plus, the first Masters of the Universe movie didn’t release until after Adventures in Babysitting .
Columbus then had the idea to swap in Thor, as he’d been a long-term fan of Marvel Comics, and the Asgardian hero in particular. While Thor has certainly never fully left the public consciousness, and is of course based on Norse mythology, the scene referencing him in Adventures in Babysitting arguably plays better now than in did back in 1987, as a little kid being obsessed with Thor during the MCU era is entirely believable. Although if they ever do an Adventures in Babysitting remake, casting Chris Hemsworth himself as Dawson would be hilarious.

Someone has no clue who Thor was if he thinks he was never funny. I thought the movie was just fine for the most part, and the humor did not detract in the least.

Back in my day we read comics up hill both ways… 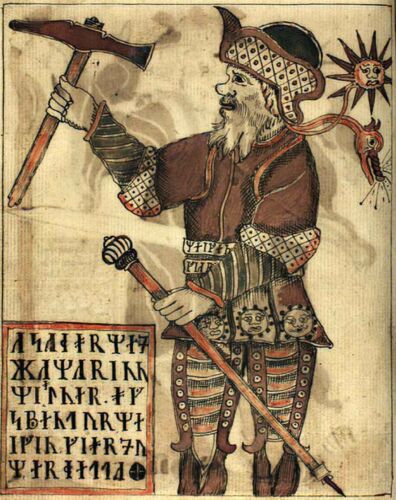 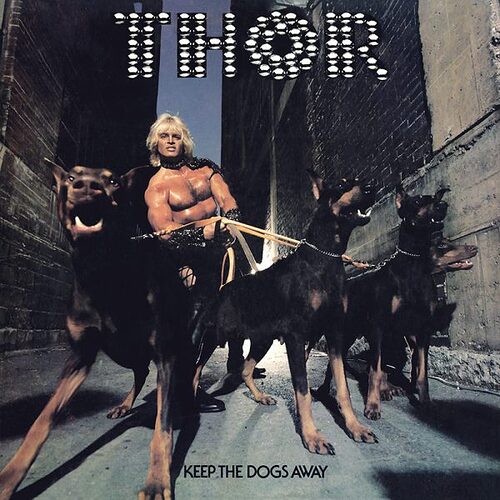 Why does Thor have giant nipple rings in some drawings and giant polka dots in others?

They played Thor as a (mostly) serious character for the first couple of movies. Thor: The Dark World was so unmemorable that Taika Waititi had to put in a recap scene via Loki’s play just to remind everyone what had happened. I’ve personally been enjoying the comedic take on Thor.

At the time, I enjoyed The Dark World just a teensy bit more than the first film, but I must confess, the only bits I really remember from the first two are the jokes from the first.

I’m a half century old and used to have a friend who ran a comic shop. I read almost every book there and Thor was the butt of many jokes for years. He also was on the giving end more than a few times. And of course, if you go back to the actual mythology, you’ll see he was literally everything on the spectrum…from mad killer to someone who dressed up in a dress and wig and almost consumate marriage to get his hammer back. You know, not as a joke.

I think someone’s confusing a writer’s take on a character as being the only existing representation of a 3000 year old archetype. Good Omens, Sandman, or Lucifer are also pretty non-standard takes on ‘classic’ characters…and not everyone is going to like them.

Get off my lawn, and stop liking what I don’t like!

That and how they bleached out his eyebrows.

I hope Cory O’Brien is doing okay these days. He did such fine work.

I haven’t seen Love & Thunder (I’ll get around to it someday) but as someone who is not a superhero fan, doesn’t know much about superhero comics, however loves Norse mythology, I always thought the mythological Thor was funny, so a funny take on him is perfectly fine. In the myths sure, he has serious moments, but he also has all sorts of funny adventures, he’s even kind of a doofus in many of them. He’s kind of a “god of the people” in that way - a relatable dude, just, lots stronger than you, and with a weirder family.

That being said, I always welcome various interpretations of mythological figures, so if someone wants to write a take on Thor that is grimdark and edgy and whatnot, sure, go ahead - I may not end up liking it, but why not. But people complaining about any take on Thor being funny because it’s “not true” to the character “as such”…