Take on the world with this Wonder Woman gif

Wow those are awesome! LOVE the Psylocke!

I have to agree that this is the best part of the movie, and I was overcome watching it. Diana didn’t just let the evil around her occur, she took action and in doing so caused others to take action with her. I realize that she had super powers but for her the straightforward obvious course of action was to use her gifts for good, not just stand by. A lesson for us all today and for all times.

(This gif reminded me again of all that)

as awesome as it was…I really liked the action sequence right after that in the town. Especially the culmination of her leaping into the sniper’s bell tower.

Not a comic character, but look at this painting he did: 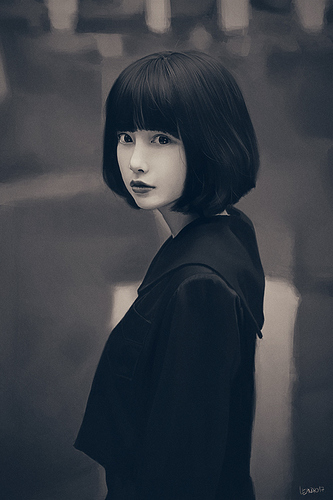 Never been a fan of Psylocke’s costume. It’s always struck me as an excuse for male artists to draw a sexy female ninja type for other guys to leer at. However this artist’s version doesn’t come across as being tacky, A+ i say.

It’s always struck me as an excuse for male artists to draw a sexy female ninja type for other guys to leer at.

Also true of like, maybe 90% of women’s costumes in comics?

Naturally, there’s quite a few of them that really irritate me. Psylocke is pretty bad, but i think the one that annoys me the most is Vampirella. Red Sonja is up there too (a female fighter with a literal chainmail bikini? Ugh)

Steve: We need to kill that sniper Diana

Steve: No. The sniper up there

Wait, you mean to say that the costume on the left is LESS practical than the one on the right?!?! /s 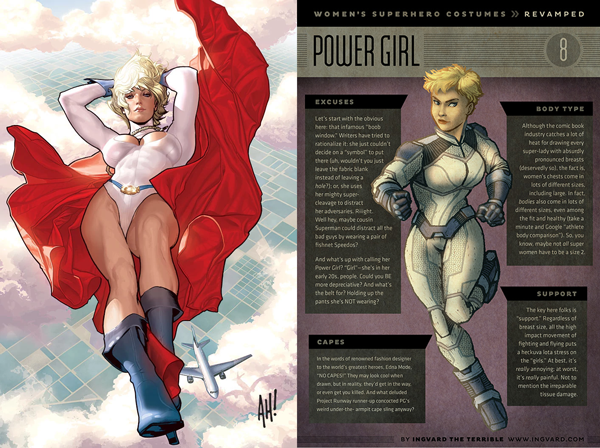 Never been a fan of Psylocke’s costume. It’s always struck me as an excuse for male artists to draw a sexy female ninja type for other guys to leer at. However this artist’s version doesn’t come across as being tacky, A+ i say.

Blame Jim Lee. IIRC he made that costume.

Also true of like, maybe 90% of women’s costumes in comics?

Fair point. I mean most superhero costumes are painted on (though they are getting more variety now). I don’t think Psylockes is any better or worse than most others.

i think the one that annoys me the most is Vampirella. Red Sonja is up there too (a female fighter with a literal chainmail bikini? Ugh)

Both those are cheese cake femme fatales from the 60s/70s. Though they were hardly alone among the barely clothed fantasy art back then. When greats like Frank Frazetta take them on it’s hard to be too mad. While I confess I haven’t ever read a comic or story involving either character, their costumes are gratuidous. I guess there is nothing wrong with that, per se, but too much of it gets real old quick.

It does remind me of the old Forgotten Realms comic which poked fun at this trope. Azure Bonds wears armor, but the chain mail in front is rather a low cut V pattern. One of the other characters asked if it gets drafty, and she shrugs and says it’s enchanted.

I do understand the context that they are old designs. I collect high end statues and i see collectibles on a regular basis online and i end up seeing Vampirella and Red Sonja stuff quite a bit and i can’t stand it.

On the flipside there’s modern female designs that are still pretty egregious, i tend to see that more in videogames though. Thankfully not games i play, though Overwatch is kind of borderline with it.

though Overwatch is kind of borderline with it.

Borderline? Everyone is pretty fully clothed in that one, and even has way more diverse body types. I think it was clear that Blizzard was trying to be progressive with their designs. I think there is a guy with out a shirt, IIRC.

Edit: Case in point. Here’s a victory pose for one of the characters 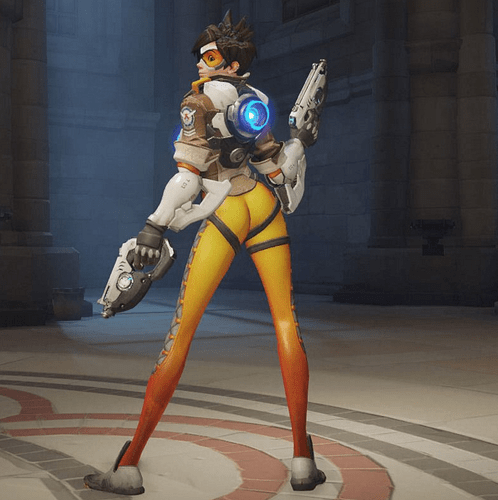 Blizzard begrudgingly changed it to this after complaints 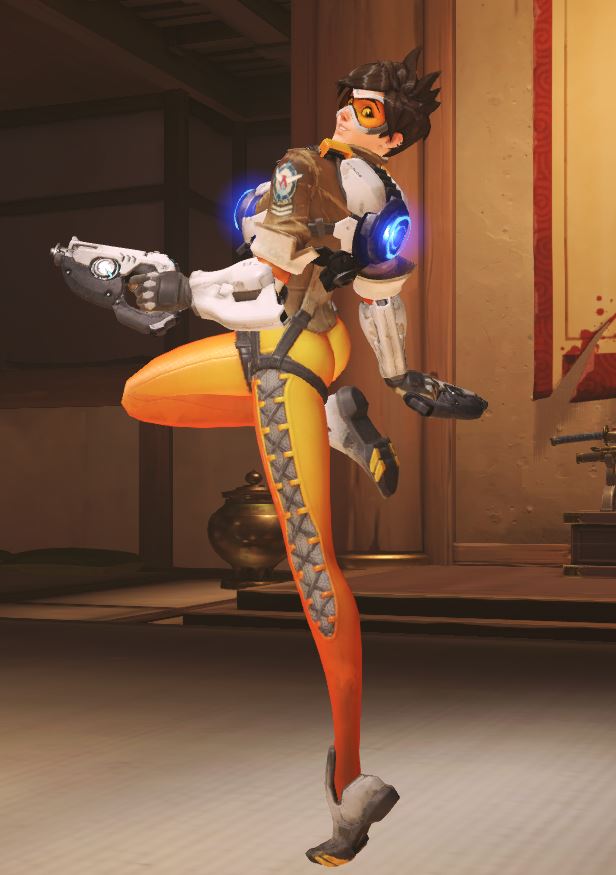 They do that with everything. Even kids cartoons. People are weird.

Edit: Case in point. Here’s a victory pose for one of the characters

I am not disagreeing with you that society in general doesn’t have a problem with sexulizing characters, especially women characters. Just that Overwatch, while not perfect, is pretty tame in comparison. Even with Tracer showing off her butt, she’s fully clothed with nothing hanging out and a far cry from the stuff like Red Sonja. I honestly think they are doing a lot of things right there, even if there is room for improvement.

For example, even though I haven’t played the game, I showed my kid most of the promo movies for the game.

It’s not just the clothes though, it’s

Tracer showing off her butt,

In victory. As you said, her pants are pretty much painted on. They could do better. Kids do notice this stuff.

If Tracer was a real person i would say that she has every right to wear whatever she wants if it empowers her. I’m not one to shame anyone for being proud of their own body, whatever shape that may be.

In this case it’s for a fictional character, designed by multiple people who are actively sexualizing her and other characters. And as you said, a lot of younger players see it and further normalize the objectification of women as things to be looked at. There’s no nudity but is there really a need for a female sniper to look like this? 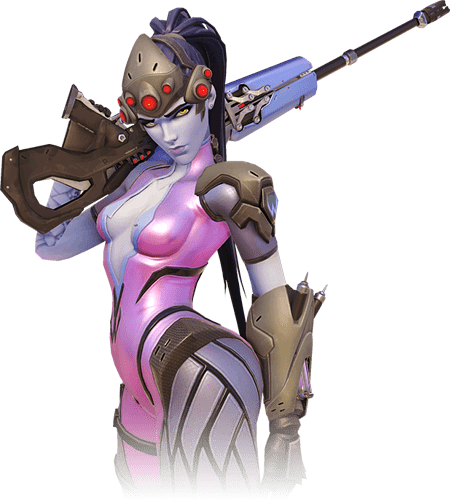