Listen to the musical roots of the Grateful Dead

Originally published at: Listen to the musical roots of the Grateful Dead | Boing Boing

“Here’s to Cisco and Sonny and Leadbelly too
An’ to all the good people that traveled with you
Here’s to the hearts and the hands of the men
That come with the dust and are gone with the wind” - from Song to Woody, by Bob Dylan

Clicked on the link and all I got was “upstream connect error or disconnect/reset before headers. reset reason: connection termination”

Of course, I probably need the. . .spotify app. . .installed first. clonks head on desk I’ll see myself out.

Me too, even though I have a Spotify login and tried to open it in their web player. Got frustrated briefly but the Google machine gave me the answer - skip Spotify and go straight to the Smithsonian.

That is one solid playlist and I don’t even really like the Grateful Dead. It’s great to see Elizabeth Cotten on their. She’s incredible and her story is wild, her rediscovery by the Seeger family is so typical of the folks from the early days of blues. Watching her play the guitar hurts my head, though. Alternating bass played by a left-handed guitarist on a right-handed guitar (strung right-handed no less) is just…

Well, since you put it that way… NO.

I’m not generalizing here, but I have known a few clueless Deadheads who didn’t know and/or denied that some of these songs were cover songs.

A lot of these artists have heavily influenced my own guitar playing (and teaching) over the years.

Also, my first post on the topic should have been this… 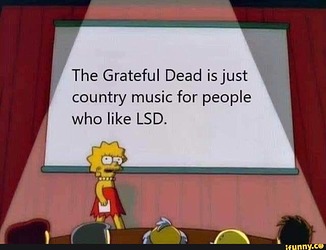 This playlist is awesome, thank you.

As others have noted, this music inspired well beyond the Dead.

I grew up in the Bay Area so the Grateful Dead were part of the local culture for decades. I was born in the 60’s, so when I was a teenager and getting into music/rock and roll, most of their fans were from the previous generation and I didn’t really get it. I never actively DISLIKED them, but the music was just there and I assumed it always would be (as one will when they are young) so I never felt it important to invest time in those “old guys” in the 80’s. That being said, I wish I had had someone to push me a little to give it a chance, particularly going to see them live. I would have had literally hundreds of opportunities to do that. I already went to hundreds of other live shows in the 80’s and 90’s, so seeing the Dead live would have been no big deal.
I married a Deadhead. In the aughts, I learned to love jam bands and to have a new appreciation of the Grateful Dead. The records are OK, but the live shows are where the magic happens, same with all the current touring jam bands I learned to love. And that’s where I think all these guys shine but also don’t wind up with widespread commercial success/acknowledgement/radio play - their success is based on touring like crazy and building the fan base that way.
If you asked your average person on the street who Widespread Panic is, they would have no idea. Yet they hold the record of most sold out shows at Red Rocks - 62 in their career.
People goof on Phish, but they still fill arenas all over the country. They sold out MSG for THIRTEEN nights in 2017. They played 26 sets, 237 songs - no repeats. That is a hell of a feat. They’ve sold out the same place for 4 night runs over new years weeks (also no repeats) as well.
Dead & Company is carrying the Dead scene forward and they were my first live show experiencing the music. My wife and I have seen them many times since 2015 or 16. That first time I’ll never forget because though we’ve been to hundreds of live shows together, I’d never seen her so filled with joy when the music started. That’s what it’s all about, right?
It’s fascinating to trace the roots of American music. And I cannot wait to go back to seeing it live.

Edit to add the below so you can tap your feet.

Amen, my friend. I came to it late as well, even living in VT while Phish was all over (yet only seeing them at their own club when they sat in with others). Now I go to fests whenever I can, and soak up all of the music I can experience. There’s nothing like hearing something live and knowing you’ll never see it that same way again. Plus the mashups that happen at multi-band fests are astounding.

Listening to 7 30 17 Colonel Forbin at the moment. Phish fucking shreds. The lines

I live in Southern CA so the fest scene is pretty bleak compared to east of the Mississippi…
We had planned on going to Jazz Fest in NO last year, but we all know how that worked out.
I really want to go to Lockn’. I know they moved it to Oct this year and I sure hope it happens. I’ve got Southwest points coming out of my ear. Supposed to be a big rescheduled tribute to Phil Lesh.
Mountain Jam would also be awesome. I hope that one happens, too. 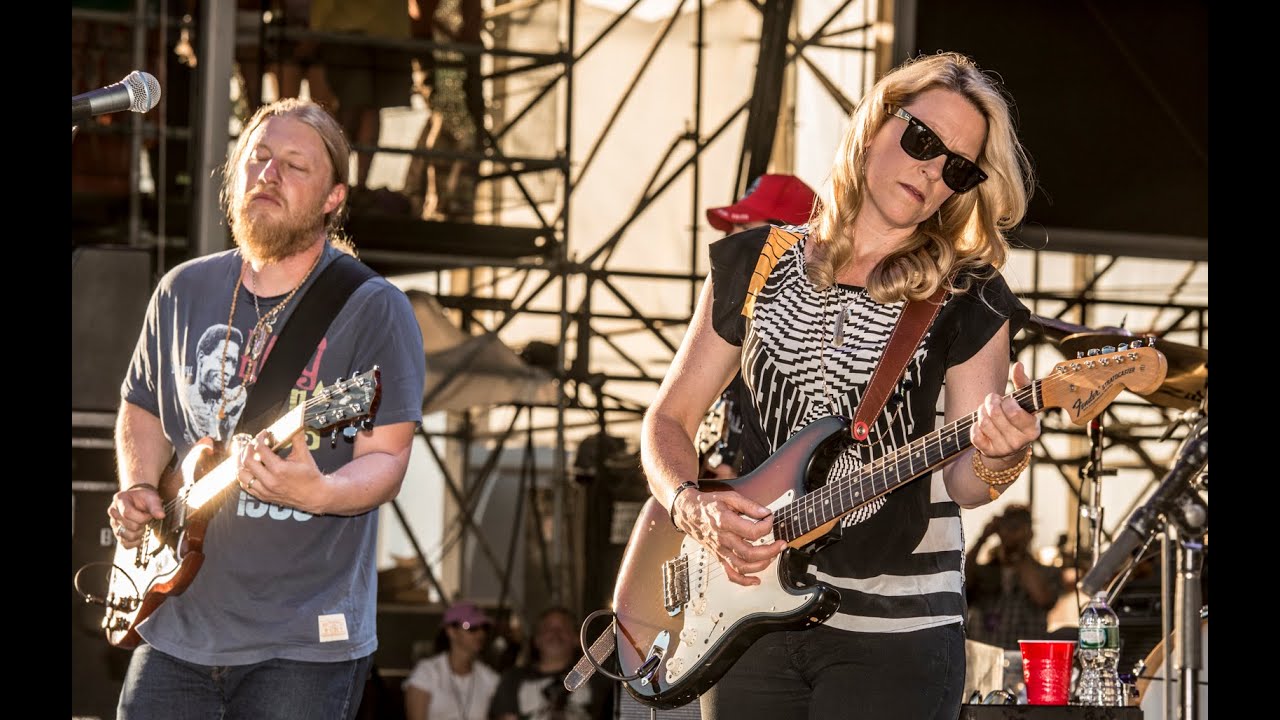 Just tossed it on the phonograph, and the Dear Wife and I are cutting the rug!

I’m in GA and lucked into one of the best festival spaces, not far away in FL. Spirit of Suwannee Music Park has an amazing campground in Live Oak, and it’s the perfect size and setup. Under 20k people, most camping is wooded, and the Mushroom stage is tucked into the trees at the base of a little hillside. They have a larger stage in a field nearby. The acoustics in the small stage are ridiculously awesome, and the people I’ve seen on these stages…it’s a who’s-who list of jam bands and bluegrass. They’ve changed things up in recent years to less massive headliners, but the vibe is friendly and laid back.

I actually got to see Derek Trucks years ago at a local bar I used to frequent in my home town… he might have been opening for Kevin Kinney who was doing a solo thing at the time. He would have been probably 17 or 18 at the time?

Really appreciate your fundamental point here: The Grateful Dead loved American musical traditions, and they turned many otherwise clueless young people (like me) onto many of those musicians, from Merle Haggard to The Dixie Cups and Mississippi John Hurt to Elizabeth Cotten and even, for some of us, Bob Dylan. The Dead were a gateway drug to great music.

That is true for some but not all of the source material for The Cramps. 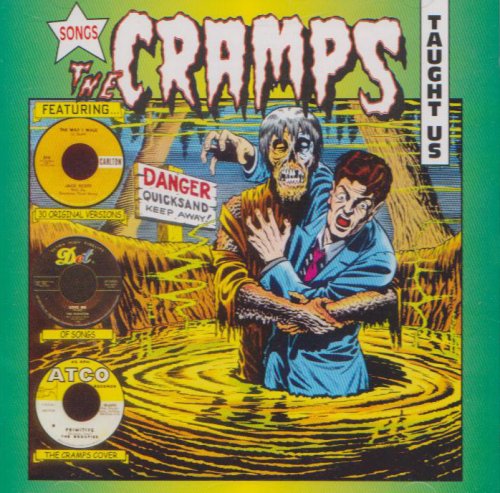 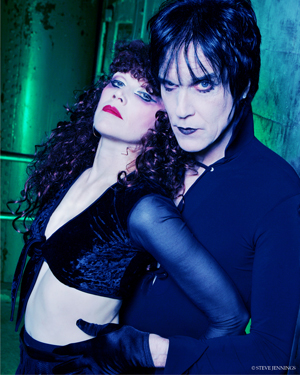 This is an amazing interview with Lux and Ivy that Rex Doane conducted for his show, Fool's Paradise, back when HOW TO MAKE A MONSTER came out. Fool's Paradise with Lux & Ivy This interview is essential for truly understanding...

There’s a good chapter in here about the relationship between Anthology of American Folk Music and Dylan and The Band: 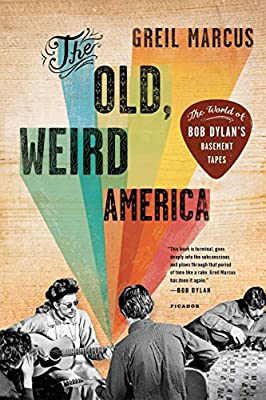