Listen: Weird Al's parody of Michael Jackson's "Black or White" that the Gloved One wouldn't let him release

Originally published at: Listen: Weird Al's parody of Michael Jackson's "Black or White" that the Gloved One wouldn't let him release | Boing Boing

Weird Al is a national treasure.

The one artist that would never let Weird Al parody his songs was Prince. If only…

‘Eat It’ basically changed me from an unknown into a guy that got recognized at Burger King."

Finally, a metric for success that I can relate to.

Afaik it’s not that famous artists are preventing Weird Al from parodying their work, he doesn’t have to, but he asks politely anyway and honors their wishes. Compulsory Licensing is a thing, which allows a new artist to record their own version of an existing work as long as they follow the rules and pay royalties.

Edit: I stand corrected, probably, or at least to the point where I had no right to be as certain as I had before when it comes to compulsory licensing. To at least salvage a bit of my point, even if he doesn’t technically need the original artists’ permission, I like that he still asks anyway.

Every interview with Weird Al reminds me what a pleasant, stand-up human being he is.

Compulsory Licensing doesn’t allow for fundamental changes to the lyrics or melody.

Compulsory Licensing doesn’t allow for fundamental changes to the lyrics or melody.

Weird Al doesn’t change the melody, so the question is whether compulsory licensing allows changes to the lyrics.
Here’s a page about it on U.S. Copyright Office’s site. I don’t see any mention of lyrics. Maybe I’m looking at the wrong page?

the arrangement shall not change the basic melody or fundamental character of the work, and shall not be subject to protection as a derivative work under this title, except with the express consent of the copyright owner.

Weird Al’s parodies are clearly derivative works so compulsory licensing would not apply.

Weird Al’s parodies are clearly derivative works so compulsory licensing would not apply.

Yes. Also, here’s a page that supports the great-grandfather comment’s assertion that lyrics can’t be changed when a compulsory license is used.

This discussion of compulsory license is all a bit of a digression, right? We agree that it isn’t compulsory licensing that gives Weird Al the right to do his parodies, but we aren’t saying he doesn’t have that right. He has it under fair use, which makes provision for derivative works.

Weird Al has always made a point of allowing the artist to be in on the joke. It is how he chooses to operate.

The closest we get is “Wanna B Ur lovr” which is more of a Beck style parody if Beck was trying to be Prince.

Wanna B Ur Lovr

Weird Al beat me at a game of pool in Kalamazoo when he showed up after his concert at Industrial night at a local club. He autographed the back of a Hungry Howies pizza box as a consolation prize. Good memories.

I was thinking the same thing. I suspect fame has not changed him, and he just happens to be a nice man.

I think the most interesting bit here is that Weird Al’s willingness to be cooperative and give the artist a say actually has some practical sense that’s demonstrated here. Michael clearly was keen on 2 of 3, but had a good reason to go with his gut on the third, and may have improved the quality from it.

because he thought ‘Black or White’ was more of a message song, and he didn’t feel as comfortable with a parody of that one

That’s ok, because Tommy Davidson already did a perfectly good one. 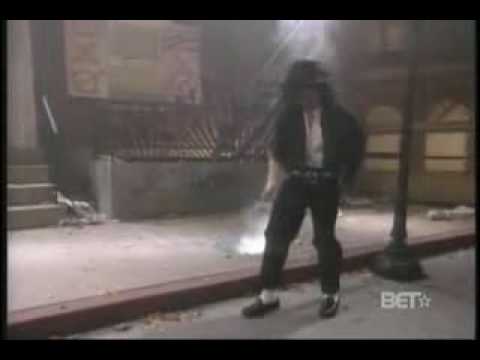 Not to mention the full 7 minute cut of the original Michael Jackson video itself is so far up its own ass that it’s practically a self-parody.

After Coolio started beefing with Weird Al due to a misunderstanding around Amish Paradise, he took it upon himself to personally get permission from any artist he parodies.

Some artists have famously given Weird Al the cold shoulder, like Prince and Led Zeppelin. Paul McCartney famously asked that Weird Al not do a parody of “Live and Let Die” called “Chicken Pot Pie” on account of his vegetarianism.

He doesn’t have to do this, but he’s a class act so he does.

Hell, many musicians are thrilled to have Weird Al do parodies of their songs — it’s a sign you really made it in the industry. Kurt Cobain thought that Smells Like Nirvana was hilarious. When Lady Gaga found out her label was giving Weird Al the brush off, she personally intervened so he could release Perform This Way.

Finally, a metric for success that I can relate to.

Weird Al beat me at a game of pool in Kalamazoo when he showed up after his concert at Industrial night at a local club. He autographed the back of a Hungry Howies pizza box as a consolation prize.

This may be the Weird Al-iest moment I’ve ever seen described. Seems like something he could have written into a song. Love it! (p.s. if you’re Weird Al, none of us here will ever tell anyone, we solemnly swear!)