Locked out of Instagram? An OnlyFans creator shares her daring hack

Originally published at: Locked out of Instagram? An OnlyFans creator shares her daring hack | Boing Boing

It seems that Meta’s “Integrity” department is literally fucked.

I have a suspicion that this method won’t help me get my account back. Because I don’t have, uh, long blonde braids.

This story only goes from “Postmodernity, am I right?” to “full dystopia loop” once it is revealed that(in homage to facebook’s origins) members of the ‘integrity department’ are shopping through the saucier instagram feeds for people to shut down in order to create an incentive for them to seek contact with the integrity department to get that sorted out.

It’s not every day that perverse incentives gets to be both literally and figuratively accurate; after all.

It was the original purpose of the product, so it’s not surprising.

It gets even more “meta” (pardon the pun) when any schlub can hire attractive actors to provide content and sleep with members of the “integrity” department on their behalf when necessary.

The only thing I wanted to add to this article is the fact that lixo is the Portuguese word for trash. And that is all.

That Zuckerberg leadership style again pervades the company like a rotting fish. 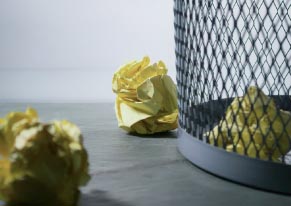 I certainly don’t mean to exonerate him(not that I’d be equal to the task anyway; anyone who could successfully whitewash Zuckerberg would probably be made patron saint of PR flacks before their body was even cold…); but I suspect that it hardly required his influence for a situation involving a bunch of techbros with significant and essentially entirely discretionary power over the livelihood of sex workers who occupy a continent and quasi-licit position on the platform they control to devolve into something that can only be described as ‘problematic’.

I’d assume that techbros are less interested in a cut of the take than organized crime historically has been (both because they are relatively well paid already and because they’ve got limited experience with blue-collar financial impropriety so tax evasion is one thing but money laundering is not a core competency); and less given to violence than the cops historically have been; since they aren’t trained that way or given practically unlimited deference; but (as with so many of tech’s ‘innovations’) their behavior looks a lot more like old wine in a new social/mobile app than it does like a genuine novelty; especially if any of them have tried the full dystopia loop; rather than merely responding opportunistically.

“Undo your social media ban by turning this one weird trick!”

It’s more about the corporate culture created by a founder who, from the very beginning, made his platform a sexist one that had great disdain for both user privacy and content moderation. This fish in particular rots from the head down.