Dropping in here to stan for Kelly Lee Owens and how happy it makes me to see her in a BB article that also happens to mention New Order and Joy Division.
Check out her Inner Song album from 2020 (edited for accuracy) and get connected even further back to John Cale and the Velvets.
Sometimes the streams converge and a few simple words on a blog can make you pull out three LPs and know the rest of your day will be a good one.

THIS IS THE BEST FUCKING ALBUM.

That was a complete fucking sentence

In this actively staid video of “Blue Monday,” performed and played live, which was rare for BBC’s “Tops of the Pops”

Staid? Really? I take some issue with this.

I mean Gillian has her “stoic British keyboardist” thing going, which hasn’t changed. When I saw them in 2022 I got a unicorn photo of her actually laughing after Phil lost a drumstick during the finale of Blue Monday and had to finish beating the pads with his hands:

Anyway, I talked about aforementioned TotP Blue Monday performance in the previous NO topic. It’s almost a train wreck. Numerous mistakes are made, Bernard begins giggling after Stephen screws up a sample, and Hooky who was the perfectionist of the group looks increasingly annoyed.

But let’s also not forget this is the really early days of digital synthesizers and we were barely out of the age of synthesizers taking up an entire room and needing an entire team to run them. MIDI was barely a thing. Synthesizers were still notoriously finicky and unpredictable, especially in live performance settings. It was a pretty brave (or perhaps foolhardy) thing to do to even attempt a song like this in that kind of televised setting.

No arguments here. As much as I love NO, their albums are often a mixed bag. This album is so consistently great from start to finish that I continually come back to it for a re-listen.

I never grokked New Order and am just getting into them this year after watching a video of their live performance of “Sister Ray.” I put on this album last night and it is excellent. Looking forward to diving in deeper.

@1000YearBan @ficuswhisperer @nixiebunny @demonfell
I’ve posted before about seeing the first live outing of Blue Monday in Melbourne before the Factory release (below).

This recent interview with Peter Hooks is worth a read and the included videos of his JD renditions I reckon hold up.

Peter Hook: ‘I Might Not Love The Members Of New Order, But I Love The Music’...

"I'm sure they feel the same way." 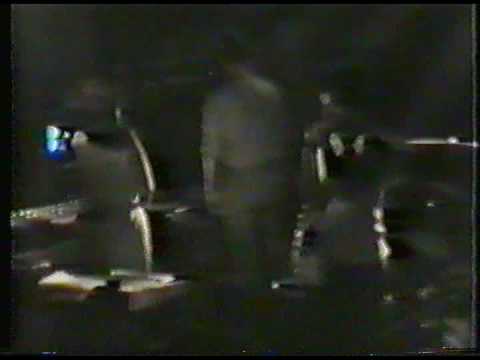