Lt. Amanda "Stalin" Lee is the first woman to be a Blue Angels demonstration pilot

Originally published at: Lt. Amanda "Stalin" Lee is the first woman to be a Blue Angels demonstration pilot  | Boing Boing

Lt. Amanda Lee, who goes by the callsign “Stalin,”

I was wondering about the callsign, then it struck me that she must be really good at killing Russians.

Or recovering a plane from stallin’.

Yay, for the first woman pilot on the team. Boo, for it taking so long. Also boo for these assholes flying over my house every fucking year terrifying my dogs.

Awesome. The Blue Angels and Thunderbirds are amazing to watch. Nerves of steel acrobatics!

Their first woman pilot of the Blue Angels was a Marine, Maj. Katie Cook, who flew their KC-130 Hercules aka Fat Albert, as well as others who were support crew or officers.

As for the call sign, as I understand it, one’s call sign is given to you by your fellow pilots. It is almost never something cool like “Ice Man” or “Maverick” and usually stems from something embarrassing you did. So possibly from an incident where there was a stall?

That one embarrasing incident when she accidentally purged the Polish officer corps. They don’t let you live something like that down.

Risky job, even moreso than most fighter pilots.

10% mortality rate for the Blue Angels.

I was wondering about the callsign, then it struck me that she must be really good at killing Russians.

Risky job, even more so than most fighter pilots.

Sooo… you’re supportive of the first woman to achieve this role, especially in light of how dangerous and elite it is… right?

That’s awesome! Must be one hell of a pilot.

LOL. Of course! Good for her, that’s like peak of the peak for pilots.

The 10% death rate is just my favorite piece of trivia.

As far as her call sign, this is an interesting read.

Most current call signs are still based on the same sources as in the early days of aviation — a derivative of a last name, physical features, personalities or pop culture. Air Force Lt. Col. Keith Anderson said some call signs are intentional misspellings of common words to create an acronym referencing a story about the pilot. According to Anderson and Navy Cmdr. Chris Papaioanu, most are based on the pilot screwing something up.

“Quite often, a call sign will be based on a retelling of a mistake a young pilot made, with the rule being that the story has to be at least 10% true,” Anderson said.

No matter how a call sign came about, they all come with a sense of pride. Not only are they useful for communications and identification purposes, but they can also be a term of endearment, a rite of passage and a way of bonding an aircrew together. 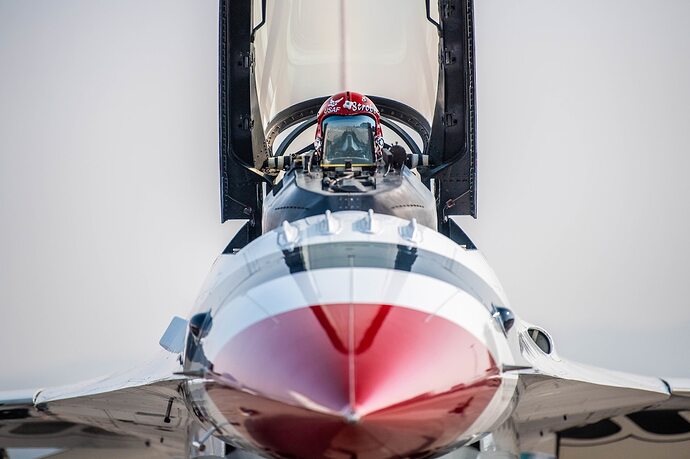 The call sign tradition is celebrated by aviation communities across all military branches and naming rituals for fighter, bomber and other pilots have become a pretty formal process. But those

The 10% death rate is just my favorite piece of trivia.

A lot of names are indeed mundane. Met a pilot yesterday, callsign “FALCOR”. The reason was it took him much longer than expected to get qualified in some task because of a string of personal calamities, so it became a never-ending story

One of my favorites is an A-10 pilot named “DOUBLE-TAP”, not because of his gunnery skills but because everytime he had to in-flight refuel he would whack the refueling boom at least twice.

I knew a pilot named Jones, but he was hispanic so his callsign was “HO-NEZ”.

It’s not widely known, but TOUCAN was General Philip Sheridan’s callsign in 1842, when he was captain of Albany’s under-twelve hangliding air ballet team. The name stemmed from his signature air ballet move the “Fruit Loop”, which involved eating a banana (just look at it!) during a series of low altitude barrel rolls and landing backwards in a reverse pike.

TOUCAN was also the callsign that the secret service gave to president Lyndon B. Johnson, of whom J. Edgar Hoover once said “His nose is in the Oval Office while his ass is still sitting on the lanai at Camp David.”

Make of that what you will.