Lyndon Johnson's dire warning is more important than ever

At this point I can only hope enough Americans (the kind who aren’t typical BoingBoing readers) have internalised LBJ’s sentiments to make a difference on Tuesday and blunt the efforts of the Republican Party’s hatemongers. Hope isn’t much, but it’s all that’s left two years after the Pandora’s Box of a right-wing populist regime in America was opened.

Hope isn’t much, but it’s all that’s left two years after the Pandora’s Box of a right-wing populist regime in America was opened. 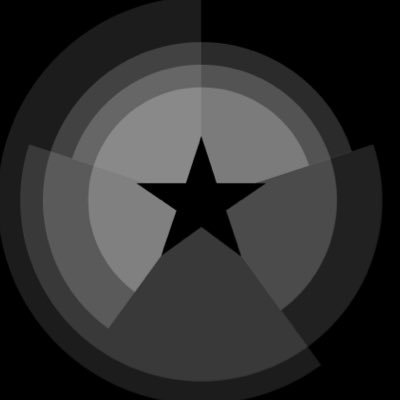 So I would urge every American to ask himself before he goes to the polls on Tuesday: Do I want to cast my vote on the basis of fear? Do I want to follow the merchants of bigotry?

I dread most Americans’ answer to that question.

It was precisely during LBJ’s presidency and his Great Society acts like the Voting Rights Act that the Southern Strategy began and became very successful. So his opponents were enormously successful, to this day.

In American politics, the Southern Strategy refers to a Republican Party electoral strategy to increase political support among white voters in the South by appealing to racism against African Americans. As the civil rights movement and dismantling of Jim Crow laws in the 1950s and 1960s visibly deepened existing racial tensions in much of the Southern United States, Republican politicians such as presidential candidate Richard Nixon and Senator Barry Goldwater developed strategies that The "...

“Second rate men…”
These are rife in DC and elsewhere. Men with small, self-absorbed minds, with horizons that have the scope of a golf course fairway.
“One could wade in the ocean of most souls and barely get wet feet.”

If there was any justice in the world, the unquiet spirit of LBJ would be wreaking havoc in the Trump White House.

How far the presidency has fallen. For all his crudity, LBJ was a hundred times the man Donald Trump will ever be.

Most Americans will sidestep this because they don’t believe that they’re racist.

I know those words were controversial when Johnson said them back in 1966, but can you imagine any prominent Democrat leader saying them today? Maybe Sanders or Warren, but even then I am not so sure. Somewhere along the line, it became unfashionable for leaders to call out the worst in society. Remember when Obama spoke the truth about people clinging to their guns and bibles? His handlers had him backtracking in hours. Instead of ripping off the bandage and laying the wound bare, they wound up wrapping another layer on and letting it fester. The racists and the fundamentalists and the militias were never brought to task by Democrats for what they were spreading. They let the right wing media go on the offensive.

I am Canadian so I have a lot less skin in this game that most readers of this site, but America is still a bell-weather for much of the western world. A lot of us are pulling for you today!

LBJ was a hundred times the man Donald Trump will ever be.

In more ways than one, reportedly. I’ve heard it claimed that President Johnson was rather proud of the, uh, presidential johnson – which he named ‘Jumbo’ – and made a point of showing it off whenever the opportunity arose. If Ms. Daniels’ testimony is to be believed, our current chief executive doesn’t measure up to his predecessor.

I’m sure that Johnson, for all his faults, would never have wanted to get in a dick-size war with an unarmed man, but this is just one more case where LBJ was undoubtedly the bigger man.

If the point of having a society *isn't* to care for each other, to ease suffering and realize each life's potential, literally what is the point? To hoard wealth? To build empires on other people's throats? Life is brief, nothing lasts. Wealth and empires are pointless violence.

(Perhaps not exactly relevant to this thread, but I saw this quote a week ago and it just follows me around in my head now.)

He was an abusive asshole, but he got some things right, I guess.

"Racism – whether it comes packaged in the Nazi’s brown shirt or a three-button suit – destroys the moral fiber of a nation.

LBJ must be in the ether these days because I keep seeing right wing trolls on comments trotting out racist LBJ quotes, apropos of nothing in the conversation with a triumphant, “Even your precious LBJ hated black people!” alongside weird, hollow racist-pedantry of “Hispanic isn’t even a race, so Donald Trump can’t be racist!”

Thanks for sharing that. It encapsulates some very wonderful truths.
We ARE better than… this. Most of us are, and the rest can be carried on our backs kicking and screaming into the future. Let us hope we have the strength of body, heart and mind. Let kindness be our compass.
The stars our destination.

Or a white polo shirt…

I have to admit that I loathed, feared and hated LBJ when he was in office and for the one and only reason that mattered to me at the time; he wanted to kill me as soon as I came of age. At that point, I could then be fodder for a useless war. Just the idea of being drafted, war or no war, was plenty to make me seriously consider suicide. Or Canada (they seemed fairly equal). I knew I could never survive being in the military. That said, years later, people made me rethink, somewhat, my attitude towards LBJ. The war on poverty. Civil rights. And one that sees little mention, his rural electrification initiative. In my lifetime it turns out, there were large swaths of rural country that did not have electricity. Something I did not know. I really do need to read more about him.

In more ways than one, reportedly. I’ve heard it claimed that President Johnson was rather proud of the, uh, presidential johnson – which he named ‘Jumbo’ – and made a point of showing it off whenever the opportunity arose

I wish someone had the presence of mind, when confronted with the presidential appendage, to say:
“Yes, quite impressive. But the Republicans have a six-foot Dick.”