Shasta County.
This checks out.

A beautiful part of the state that is tragically populated by some of the worst Californians.

Yikes. Someone’s gonna get hurt or killed with this nonsense going on.

I mean… people already have…

A beautiful part of the state that is tragically populated by some of the worst Californians.

That also applies to quite a few places, unfortunately.
I have a friend that lives in a small town in Eldorado County. Lovely country up there. I visited this year and the amount of MAGA trucks and the like was as expected…

I used to dream of purchasing a small vacation home in the Sierras some day but now I’m not sure I’d do it even if I had the money. Love the majestic natural setting, hate the idea of living in MAGA country.

For those who haven’t been following what’s been going on, a few months back The Guardian ran a story about the far right takeover of key positions in Shasta County: 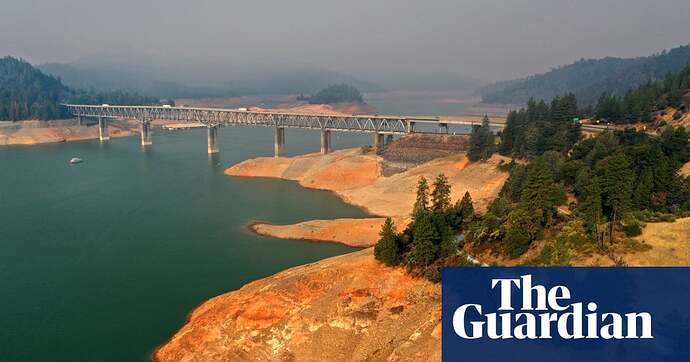 Inside the remote California county where the far right took over: ‘Civility...

In Shasta county the pandemic intensified political divisions, and many officials quit or were pushed out amid bitter tensions

Start a rumor that these gun-toting GOP doorknockers are actually antifa out locating MAGA supporters so that they can be rounded up later.

I am not a lawyer but it looks like that law penalizes the wearing of official uniforms, while the goons seem to have been wearing clothing that didn’t quite meet that standard (e.g. orange vests), so unfortunately they’re probably in the clear.

“who willfully wears, exhibits, or uses the authorized uniform, insignia, emblem, device, label, certificate, card, or writing of an officer or member of a government agency“

And right in the story:

“## WORKING FOR THE GOVERNMENT?

The visits can prompt confusion, officials say, as canvassers sometimes give the false impression that they are working for the government – which is illegal.”

The Devil is in the details. A badge that says “police” or “FBI” is pretty clearly illegal. A card that says “Voter Task Force” is less clearly so, because there is no actual government entity with that name. Other factors include how they present the badge or card and their whole spiel, so the best we can do is speculate. At the end of the day, though, I agree the perps are clearly out to harass people.