MAGA Nazis proclaim their support for DeSantis and race war

And yet the Republicans who push that narrative never seem to question why actual Nazis, like actual Klansmen, have gone all-in supporting Republican candidates for over a generation now.

Such a sleazy “win win.”

The Nazis don’t care if DeSantis refuses to claim them - they know what he really thinks, and what policies he’ll support. They’ll happily be an Overton window foil for the Florida GOP.

So DeSantis can treat them as a pumching bag / false flag operation for the centrist conservative and earn BS brownie points.

One idea: start a DeSantis Hates Antifa club and encourage his followers to protest these “antifa” Nazi folks and defend his honor. At least create aome cognitive whiplash. 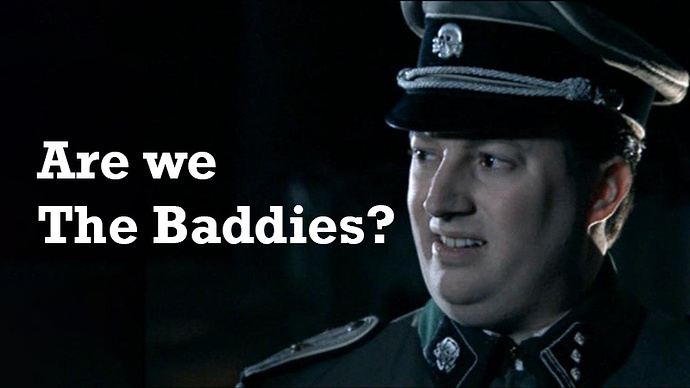 Yes Hans, yes we are.

Republicans, at birth, in the cradle, at all major life milestones, and upon imminent demise, are trained to babble, say, yell, whisper, and rasp: “False flag.”

And, as always, it’s projection. Because its Republicans who excel at dirty tricks and creating false or astroturfing demonstrations. eg, all Nixon’s Dirty Tricks, Brooks Brothers riot, everything about the Tea Party. Gods help us, both the old and new.